Should LIV Golf be given Official World Golf Ranking points?

It's the bitter topic dividing golf. So what do you think? Should LIV bypass the rules and be granted OWGR status? Alex Perry and George Cooper have their say

Already we’ve seen a cheeky ploy shut down by the OWGR just when Norman thought he’d bypassed the conundrum by joining with the MENA Tour.

LIV’s players have also joined the rally, signing a letter urging the OWGR to grant them accreditation. This is despite the Saudi Arabia-funded series continuing to fall short on several elements in the organisation’s criteria.

Oh, and Norman’s men are so united in the cause that even Brooks Koepka and Bryson DeChambeau have put their differences aside to become best friends. What a time.

But with all that being said, should LIV Golf be given OWGR points? Here’s what two of our writers had to say on The Slam podcast amid the turmoil.

‘LIV have decided on this Trumpian tactic’

You can’t just start up a new tour and get world rankings, writes Alex Perry. We’ve got the NCG Top 100s Tour, we’re not gonna say we deserve world ranking points for a bunch of hackers knocking it around Ganton.

There’s a process for all of this. You can’t start up a football club and go, ‘Ooh, I fancy being in the Premier League. Cheers.’ That’s not how it works. There’s always a process for these things.

The only argument is that LIV need to change their criteria to meet the OWGR guidelines. Either they’ve arrogantly told their players they’ll get points, or they know they’re not going to get them, but they’ve decided on this Trumpian tactic where if they shout and cry about it enough, people will do their arguing for them. 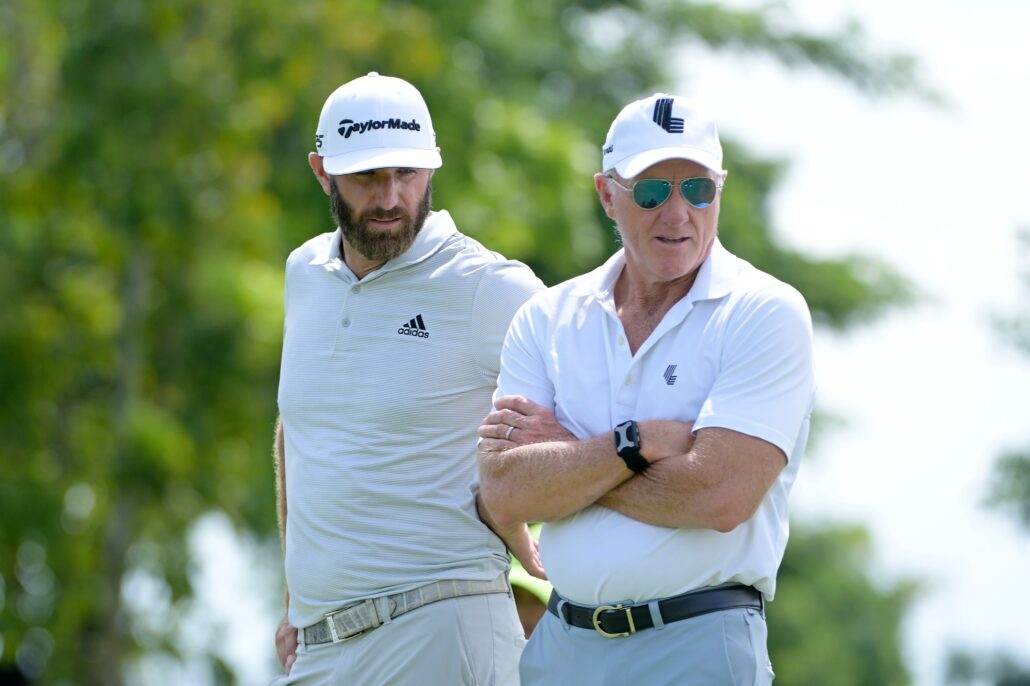 ‘The longer you prolong, the more the rankings become completely meaningless’

We’re now at a stand off, and it’s only going to get messier. The longer you prolong the process, the more animosity will be created, the more events will be damaged, and the more the rankings become completely meaningless and inaccurate.

I get that LIV are failing to meet several criterion, but these elements are only ‘guidelines’, so surely they should be amended to accomodate what’s now the second best tour in the world? We’re not talking about any old feeder league here. LIV Golf has 12 major winners in their arsenal.

And why does it take one to two years to process? What are they doing down at Wentworth HQ!

The system is already flawed and we haven’t even got to the real damage yet. Regardless if that’s LIV’s own self-doing, the world rankings are no longer an accurate representation of who the best players are, and that’s a big problem.

You can listen to Alex and George argue more about LIV vs OWGR – as well as a number of other topics along a similar line – on The Slam podcast. Click the button below, or tune in on your favourite pod platform. Remember to let us know how you feel on the matter by tweeting us @NCG_com.