Rules of Golf explained: The other hole on a double green is in my way – what do I do?

You’ve hit a lovely shot into a double green but, wait, your line is blocked by another hole on that putting surface. Our Rules of Golf expert explains how to handle it

Don’t you love the mysterious ways of golf’s most hallowed turf? All those bumps, those hollows, those double greens…

Yes, big putting surfaces aren’t just a feature of the Old Course at St Andrews, they are integral to it. Only four holes have their own greens – you are sharing with other players on a double green everywhere else.

We saw players at The Open waiting and taking turns – maybe that’s partly why rounds were topping six hours on the first day – but sometimes it’s more than just a distraction as this reader asked: “What happens if the hole of another hole is in the way of your putt on a shared green?”

So if you ever make the trip to the Home of Golf – or playing any course with a double green – and find the putting surface only to see the other cup in your line, what do you do? Let’s see if we can help you figure it out…

How to deal with an interference on a double green 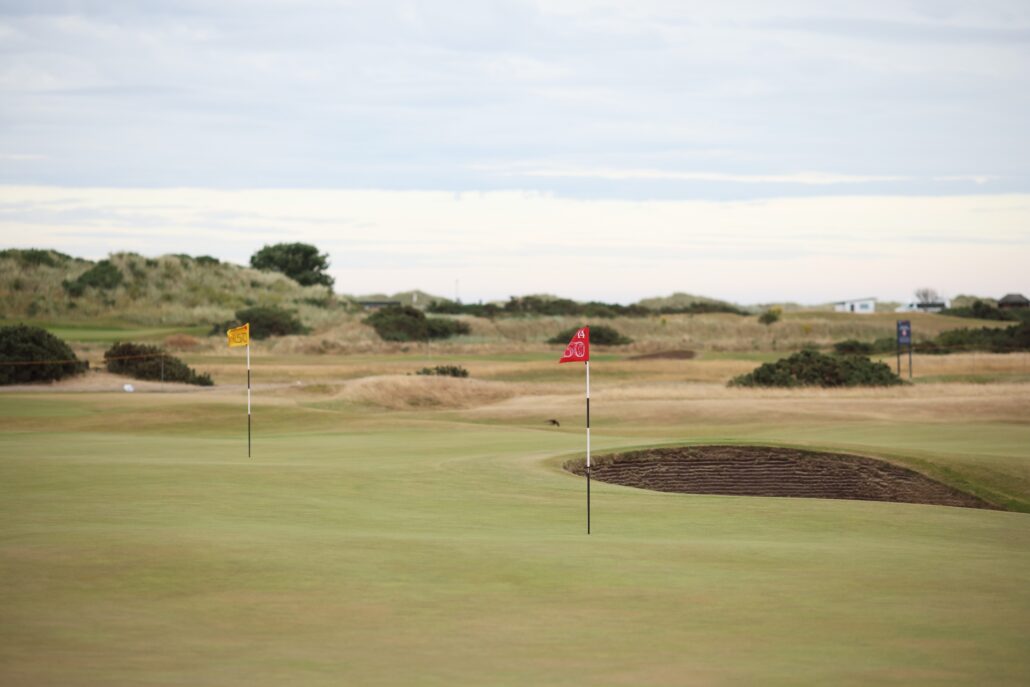 Firstly, check the Local Rules to see if the greens have been divided into two or are treated as a whole. If it’s the former, and you are on the other portion of it, you’d be required to take relief from a wrong green under Rule 13.1f.

There is also another Local Rule that prohibits relief from a wrong green when the only interference is to the player’s stance so make sure you study the scorecard and the notice board to see what the club is doing.

At St Andrews, though, double greens are treated as a single putting surface. When that happens, the hole on a double green that’s being used for the play of another hole is ground under repair.

That’s because it’s a hole that’s been made by “the committee or maintenance staff in setting up the course”.

The committee doesn’t even need to define it as GUR. It just is. Ground under repair is an abnormal course condition and you’re allowed free relief if that condition – in this case the hole – accounts for any of the following:

– It physically interferes with your area of intended stance or swing

Now, the rule watchers out there will know that in many parts of the course you wouldn’t get relief if ground under repair was merely on the line of play.

But that’s not the case when the ball is on the putting surface. Here, it doesn’t matter whether the abnormal course condition is on or off the green – if it interferes by intervening on your line, you can take relief.

How do you do it? Simply place the ball on the spot of the nearest point of complete relief from the ground under repair. That can be either on the green or in the general area.

If you’re still distracted by the flagstick? Well, that’s a movable obstruction. You can remove it from the hole and forget about it.