If there’s one memory everyone has from The Open in July – aside from Rory McIlroy and Cameron Smith’s epic dual for the Claret Jug – it was that iconic moment where Tiger Woods stepped over the Swilcan Bridge for what looks to be his last time in the final major of the year.

Well, it turns out we may nearly have never seen either of these moments at all, as McIlroy has now revealed he gave Tiger Covid just one week before The Open got underway.

In a stunning admission, the Northern Irishman has exposed he and Woods tested positive for the virus after playing in the JP McManus Pro-Am – the tournament they paired up for at Adare Manor.

“We had played two days of golf at Adare and the plan was to play Ballybunion on Thursday,” McIlroy told the Sunday Independent. “I woke up that morning feeling a bit achy but didn’t really think anything of it.

“JP gave us his chopper and we went down with Sean [Flaherty, McIlroy’s manager] and Tiger’s manager, Rob [McNamara]. We got around fine, flew back to Adare for lunch and as I’m getting up from the table, I’m sore and stiff and super tired. I said to Erica, ‘I’m feeling a bit weird. I’m just going upstairs to lie down for a bit.’

“I slept for maybe two hours and the sweat was just pouring off me, then Erica took my temperature and it was sky high. I rang Tiger: ‘I’m not feeling so good here.’ And he goes, ‘Oh, I feel okay.’ But he texted me at 10 o’clock that night, chills, fever, and I’m like, ‘F*****g hell… I’ve just given Tiger Covid! This is horrendous!’ So we both had Covid going into the Open.” 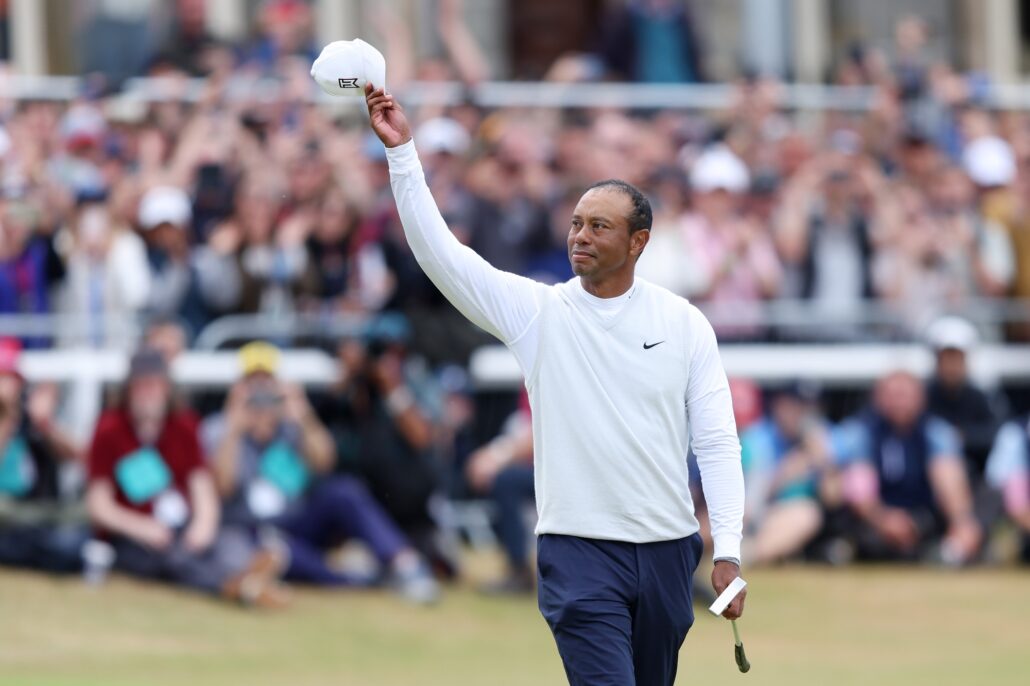 Having passed the virus on to his hero, McIlroy then says he had no sense of taste for the entire week of The Open, admitting that “everything smelled like vinegar.” Not ideal when you’re chasing down your first major in eight years.

“I had planned to go to St Andrews early but ended up quarantining at Adare, and it probably took me until the Sunday to start feeling better,” he continued. “If it had happened last year, with everything that was going on in my game, I would have been in a panic, but I was in a good place and thought, ‘I’ll be fine’.

“On Tuesday night I went to the champions dinner and it was lovely. I was sitting there drinking water and they poured a glass of wine, a lovely 2005 Bordeaux, and I was like, ‘Ahh, I’ll just have a little sip,’ but I couldn’t taste it.

“The whole week of the Open I didn’t have any taste, and everything smelled like vinegar to me. Everything. It was really strange.”