'You’re building a course next to the ocean but not letting the golfers see it!'

From a project that almost didn't get off the ground to Pete Dye's wife Alice chastising his original design, the rise of Kiawah Island to a Ryder Cup and PGA Championship venue is a fascinating one

“When PGA officials first visited the site for the course, they almost threw up,” wrote Pete Dye. “There before them was a vast expanse of nothing where their beloved Ryder Cup was to be played, and they left shaking their heads in bewilderment.”

The architect’s account of how Kiawah Island rose from the Carolina dunes, recounted in his memoir Bury Me in a Pot Bunker, is a tale of love and resilience.

Dye, of course, was used to the latter – the eyes of critics askew as he unveiled another torture chamber for golf’s finest. Think Sawgrass for a start.

The succession of players who visited the nascent Ocean Course, and left grumbling that it couldn’t possibly be ready in time for the 1991 matches, only fuelled the fire of him and his team.

What isn’t so widely recounted these days, as the subsequent War on the Shore and a grimacing Bernhard Langer floods into the memory whenever the name slips across the lips, is the joy Dye felt when he first clasped eyes on the property.

He was captivated with Kiawah Island. “I’m like a kid with a lollipop,” he told writer Dick Taylor as he first surveyed the two-and-a-half miles of Atlantic beachfront – an alluring mix of ocean and vast saltwater marshlands.

Dye considered it one of the greatest stretches of seaside in the United States and set about constructing a course that, in many ways, was a couple of decades ahead of its time.

Giant sandy areas, incorporated wetlands, and paths through dunes are all the rage these days – just look at the excellent work Martin Ebert has fashioned at Prince’s, for an example.

Step back three decades or so, though – the first land clearing began in July 1989 – and Dye’s design must have looked utterly alien against the lush green, perfectly sculpted, backdrops of TPC-style courses.

Kiawah Island is sustained by the wind, a roaring swirl that blows from both east and west without abandon and without any hint of prevalence.

It’s what made the 17th such a beast in the Ryder Cup, thanks to a blast that saw Payne Stewart, Paul Azinger and Mark Calcavecchia dunk multiple shots into the drink. “The American team’s shots seemed to be sucked towards the lake,” Dye noted.

And it is what has made Kiawah Island live on. For the Ocean Course has been no flash in the pan. It may be amazingly challenging from the tips, but it’s also one of America’s most popular public links.

Ryder Cup lore accounts for some of the attraction, of course. Who doesn’t want to recreate Ian Woosnam’s shot from a bunker that towered over the diminutive Welshman, or see if they can hole the putt that cost Europe the famous trophy?

But love – the kind of affection that swelled in Pete years after he completed the course – can’t be sustained by that alone.

The views, naturally, play a starring role. The Ocean Course boasts the most seaside holes in North America and we have Alice Dye to thank for that.

“You’re building a course next to the ocean but not letting the golfers see it!” she chastised her husband and her desire for unobstructed views of the beach, combined with the golfer’s masochistic desire to inflict pain on themselves by bidding to emulate the pros, has made their creation enduringly popular.

And, despite its untamed look, it was also constructed on solid design principles. Dye looked across at Portmarnock, the Irish course found on a narrow piece of linksland between the sea and an inland tidal bay, and saw obvious parallels.

“Like Kiawah, the wind roars around the course, changing direction hourly, and the golfer must be prepared to adapt on the spot,” he wrote. “Features of that seaside links are very similar to the Ocean Course.”

So whether it’s those images of players in camouflage caps, a Rory McIlroy drive in full flight in 2012, or the sheer beauty of a spot that’s endeared itself to an army of resort golfers, Kiawah Island’s place at the summit of golf is beyond question.

And more memories are only bound to be etched into its legend should the wind blow and carnage follow at the PGA Championship.

Three holes to Dye for at Kiawah

Par-5s are easy birdies for the pros, right? Let’s see how much this one gets in their heads if there’s a headwind. It’s brilliantly scenic, looking across the surf of the Atlantic Ocean, but this dogleg requires players to negotiate two marsh crossings. Competitors will need to use their brains to prevail. It should be a four but six or worse is lurking if they press too hard.

What is it about the Dyes and 17th holes? Ignore the pin. Just hit the middle of the green. It’s terrifying enough just thinking about the vast carry over the water. Add in a breeze, though, and you’re one iffy swing from disaster.

Alice Dye devised the lake to add a bit of drama and the hero of the penultimate hole at Sawgrass once again showed impeccable intuition. The green is huge, but runs away to the right. Get your three and move right along.

14, 17 and 18. Dye wrote that when the tension of the Ryder Cup built up in 1991, “these holes become monsters” and the last is a fitting finale to any championship round. The fairway rolls away to the right, kicking well-struck drives in that direction and the dunes cut in front of a green that falls off on each side.

Depending on where the wind is, you might see a rarity here – a player trying to hit a putting surface with a longer iron. 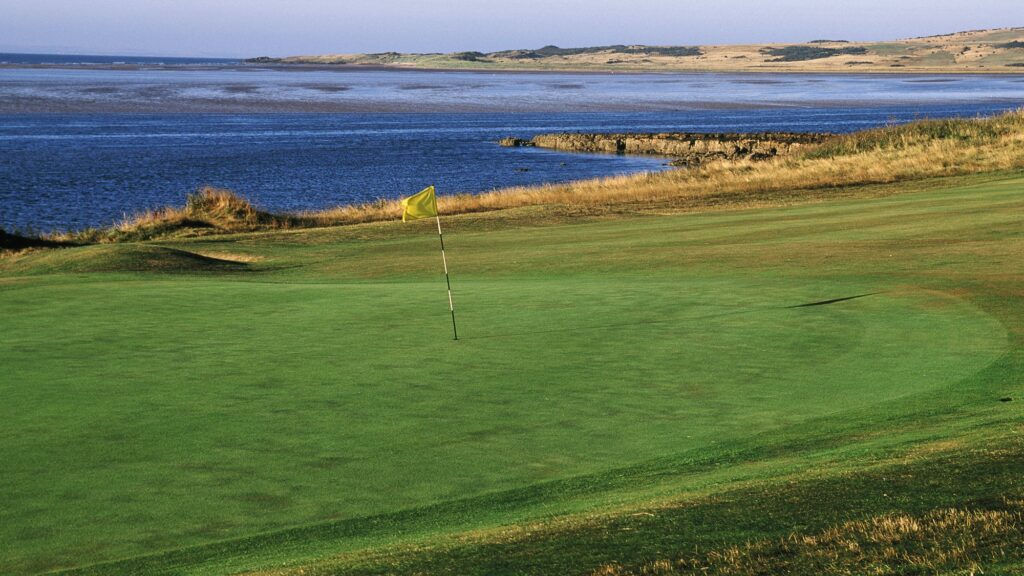 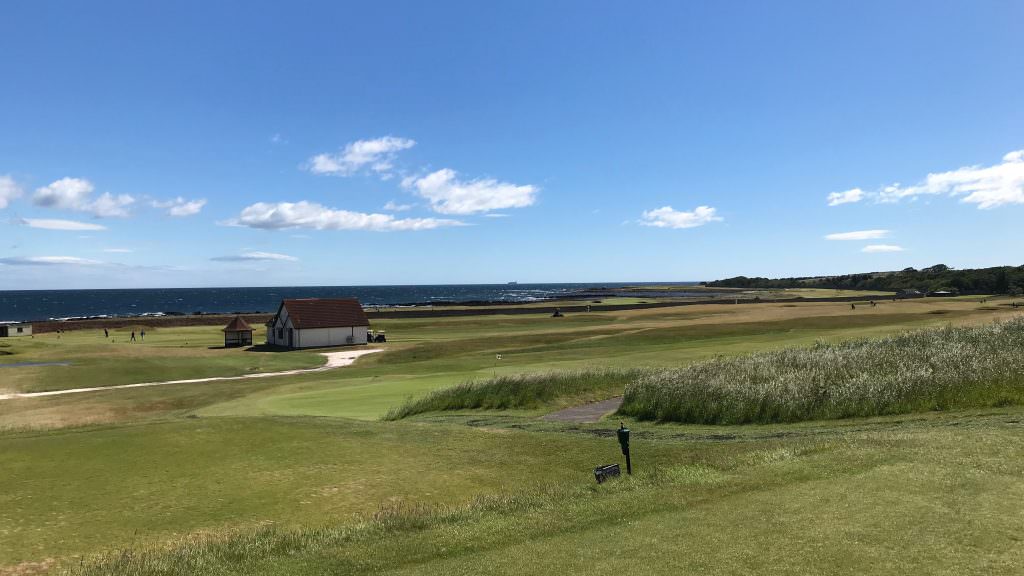 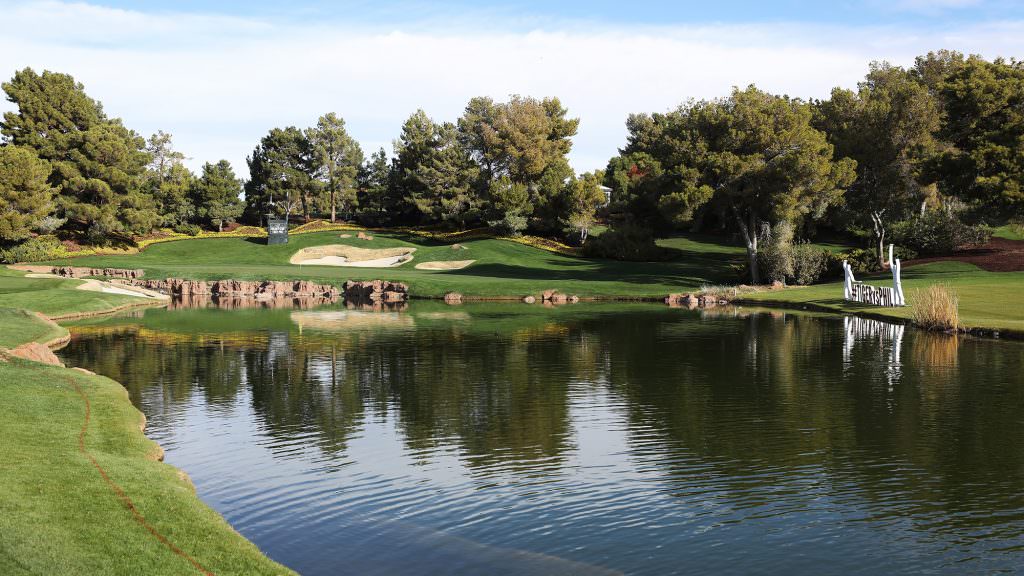