Is this the first step to golf courses reopening? 250,000-strong petition to be debated in Parliament

A petition to keep golf courses open that gained more than a quarter of a million signatures in just over 24 hours is set to be debated in Parliament later this month.

Created in the wake of the Government’s decision to close golf courses and driving ranges in England, as part of the second coronavirus lockdown that came into force on November 5, Montague Florin’s call to ‘Exempt golf courses from the list of venues required to close due to Covid-19’ united the entire industry.

It gathered a total of 257,267 signatures and petitions that receive more than 100,000 are considered for a Parliamentary debate. It has now been confirmed by The Petitions Team for the UK Government and Parliament that the debate is scheduled to take place on November 23.

It will be discussed at the same time as a similar petition protesting the closure of gyms and the debate will last 90 minutes, giving MPs the chance to quiz ministers on the issues. Taking place in Westminster Hall from 4.30pm, it will also be screened on Parliament TV.

Lee Westwood was among those who supported the drive to “allow golf courses to open so families or individuals can play golf in order to exercise safely”. England Golf, BIGGA and the PGA, as well as the All-Parliamentary Group for Golf, also issued pleas, but to no avail.

Prime minister Boris Johnson, when asked whether he might re-consider guidance, rebuffed campaigners by arguing that: “Once you unpick at one thing, alas, the effectiveness of the whole package is compromised.”

Now they will be hoping the debate can put the case for golf, which successfully re-established itself as a socially distanced sport when lockdown restrictions were eased for the first time in May.

Statistics revealed by the Petitions Committee showed that the most signatures were gained in Foreign Secretary Dominic Raab’s constituency of Esher and Walton, where 1,737 signed up.

More than 1,200 of the total came from Surrey Heath, which is the seat of Cabinet Office Minister Michael Gove.

Also among the top 10 Parliamentary constituencies that supported the petition was Maidenhead, where former Prime Minister Theresa May is the sitting MP. A total of 1,312 signed up from the Berkshire market town.

Reacting to the news of the debate, England Golf said they wholeheartedly supported the the views of the petition. Chief executive Jeremy Tomlinson added: “We know the benefits our sport can provide for both mental and physical health at this time of isolation and hope the government can recognise this during the upcoming debate and support golf’s return to playing.”

He added: “Earlier this year, the game of golf was able to clearly demonstrate that it could be enjoyed in a Covid safe way, which was why it was one of the first sports to return once restrictions were lifted.

“This was a privileged that the sport took incredibly seriously and accordingly adopted the highest possible standards to keep participants safe.

“Our sport has come together in one voice during this difficult year and it’s thanks to the support of our members, clubs and counties, as well as our collaboration with the All-Party Parliamentary Group for Golf.”

The current lockdown in England is set to continue until December 2. 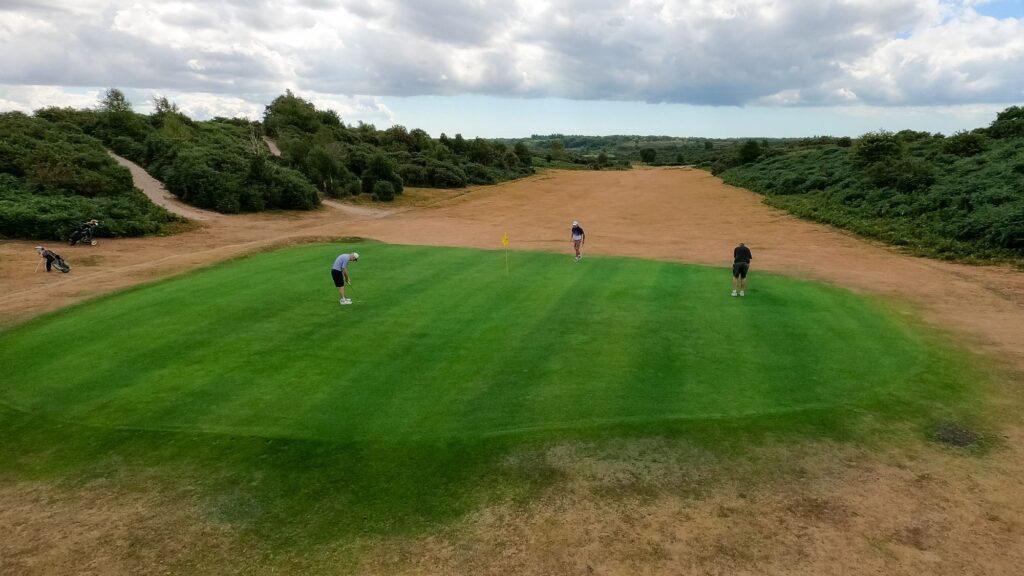