'I don’t have any sympathy for anyone that cheats'

Patrick Reed has always been a lightning rod in the team arena and, this time, he’s achieved it before even getting off the plane.

Exactly a month ago Tiger Woods welcomed Reed into his Presidents Cup fold. They might not have been each other’s first choices at Le Golf National, and there’s not much chance they will be reunited at Royal Melbourne, but Reed, the self-styled Captain America, is precisely who you would want next to you in the trenches, according to his one-time partner and new skipper.

“He’s going to give you absolutely everything he has, and that’s admirable, and the guys are looking forward to embracing him and having him be a part of this team,” Woods said.

Kevin Kisner, who was a team-mate of Reed’s at the last Presidents Cup and was at the University of Georgia before him, had a slightly different view.

“They (his college team-mates) all hate him – any guys that were on the team with him [at Georgia] hate him and that’s the same way at Augusta [State]. I don’t know that they’d piss on him if he was on fire, to tell you the truth.”

Even if what Tiger claims is even slightly near the truth that was then and this is now. Somehow, during the course of Tiger’s hit-and-giggle event in the sand in the Bahamas, Reed earned himself a two-shot penalty with a shambolic piece of pre-shot course management, clearly brushing sand away twice in a waste bunker.

The explanation – “I think with a different camera angle they would have realised that … it was not improving the lie because it was far enough away from the ball” – was as poor as the action.

A bogey six was turned into an eight and he would finish two shots behind Henrik Stenson. But the asterisk that we all apply to such things will be one of this was the moment most put Reed firmly in the box marked ‘cheat’ rather than of any stolen victory.

When was the last time that you heard Cameron Smith say anything even slightly contentious? This is what the International rookie had to say about it.

“If you make a mistake once, you could maybe understand, but to give a bit of a bullshit response like the camera angle – that’s pretty up there,” the Australian said. “I know Pat pretty good and he’s always been nice to me, so I don’t want to say anything bad about him but anyone’s cheating the rules, I’m not up for that.

“I don’t have any sympathy for anyone that cheats.”

Marc Leishman, another fair-minded soul, added: “It didn’t look too good for him. There are opportunities there [for the crowd in Australia]. I think he’s definitely opened a door there, that he’s brought on himself. You never want to cross the line, but I think there is some pretty good ammo there, isn’t there?”

We all know full well that Reed is pretty much bullet proof when it comes to these types of things. Given half the chance he would happily have ‘lit up the room’ in Paris when asked about the American pairings. There’s always been chatter about his college behaviour which he’ll happily brush off and in the final round in the Bahamas he waltzed it round in 66.

Reed insisted that he got a raw deal from people but that he didn’t envisage it getting in the way of the Presidents Cup. 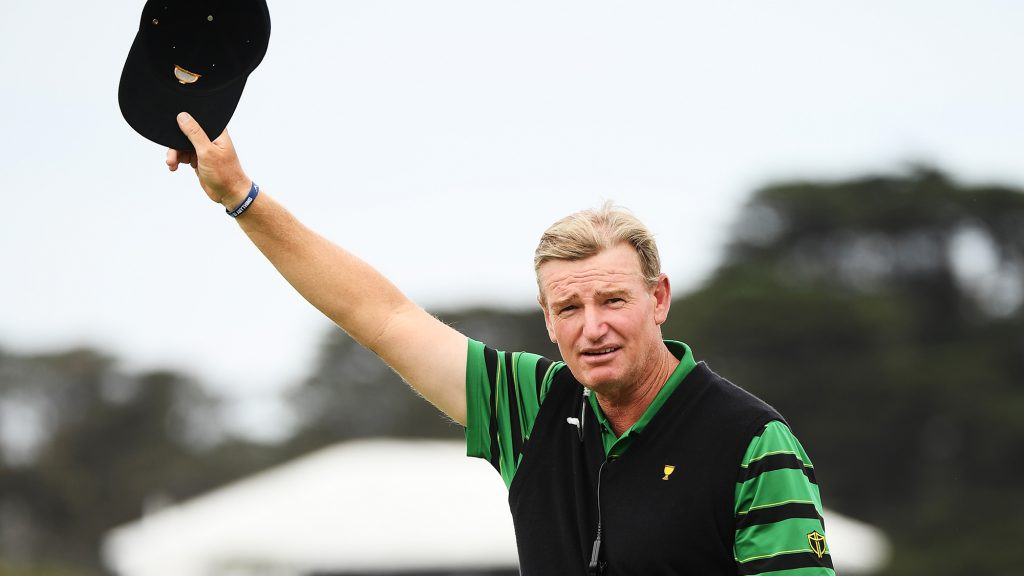 How on earth did the International team lose the Presidents Cup? 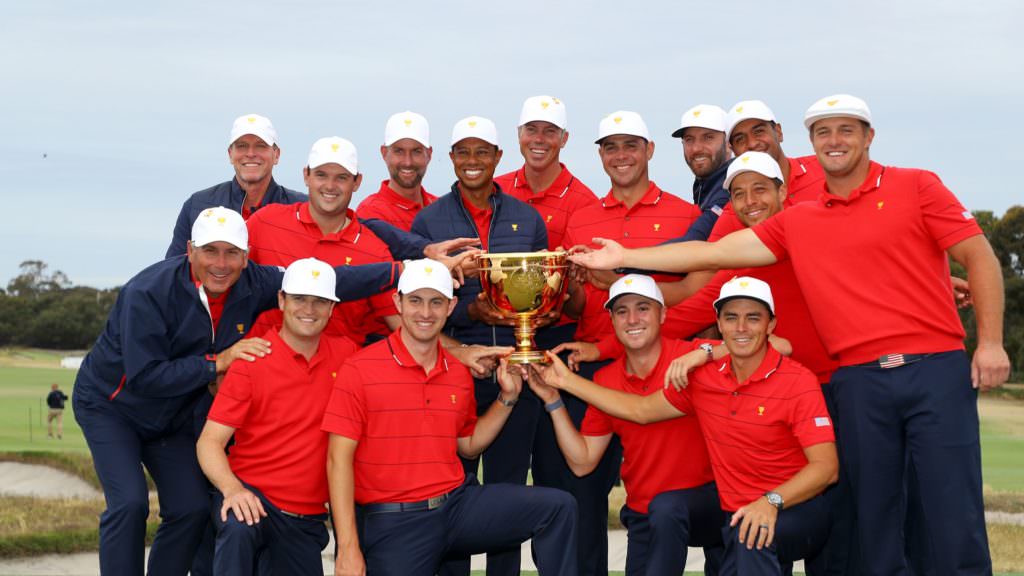 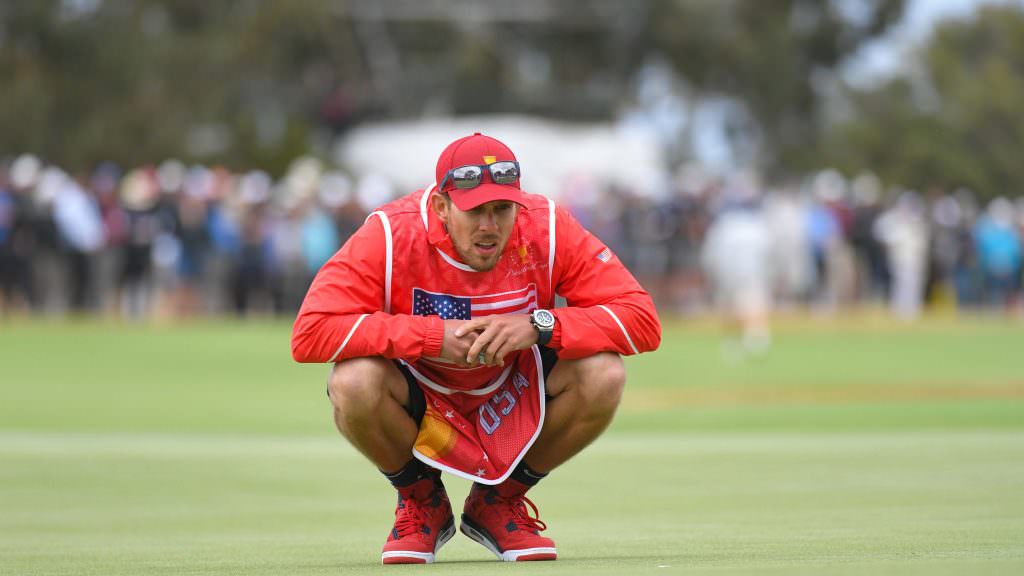 Are you sitting comfortably? Reed's week somehow got worse 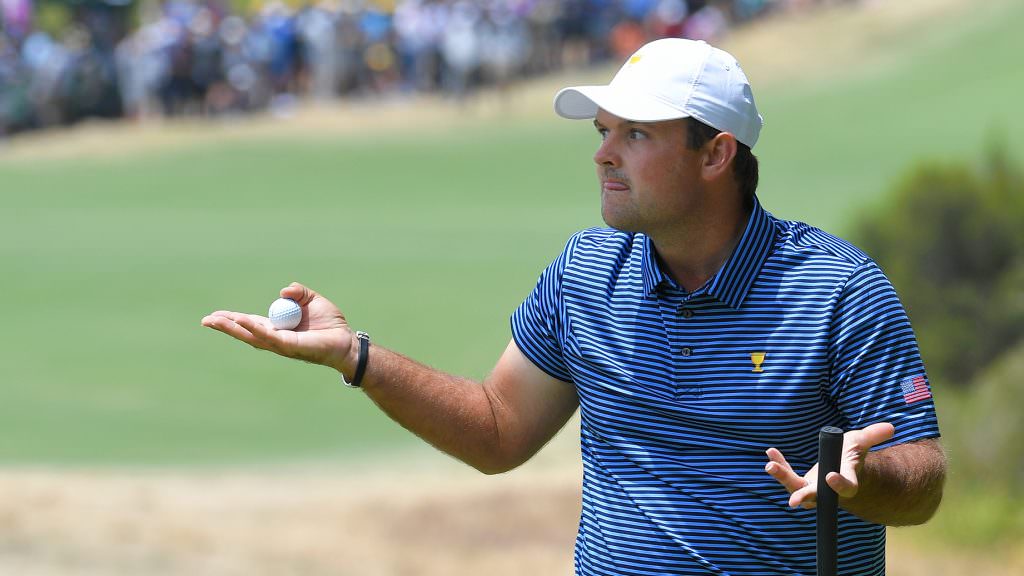 Pantomime villain Reed is at it again, oh yes he is...