Should past champions be allowed to play in the Masters as long as they want?

Augusta National offers lifetime exemption to past champions, but is it time for that to change? Dan Murphy and Alex Perry discuss

Masters champions, if you didn’t know, are allowed to continue playing in the Augusta showpiece for as long as they so wish. It’s the same motley crew every year – Fred Couples, Bernhard Langer, Vijay Singh, Mike Weir, Sandy Lyle and so on. If social media is anything to go by, golf fans are split down the middle on this one. And, it seems, so are we…

‘Is there a moment when it just becomes demeaning for past Masters champions?’

I write as someone who would rather stumble across a champion of vintage like Sandy Lyle or Mark Calcavecchia around the turn on the first day of The Open than a tour stalwart who has got in through qualifying, writes Dan Murphy.

But watching Mike Weir, the 2003 Masters champion, open up with a double bogey at Augusta made me wonder why he would want to bother.

Especially these days when all the gory details are available on the Masters website within moments. The drive went 220 yards, and not in a straight line. The second was low and out of the heel and, I suspect, not entirely unrelated to a top. The pitch was, shall we say, conservative.

The first putt was quite good. The second might have grazed the hole, at best, from two feet.

I am (easily) old enough to remember watching Weir win his Green Jacket. Who am I to scoff at his major-winning golf game, now or ever?

I just wonder if there is a moment when it becomes demeaning or even embarrassing to these champions. When basking in the glory of their career highlights turns into something rather less enjoyable. When the reality bites that this is a 7,600-yard golf course set up to test the very best on a cold and damp Georgia morning.

Maybe Nick Faldo, ever the pragmatist, had the right idea when he hung up his spikes once it was clear that he was no longer a competitor. 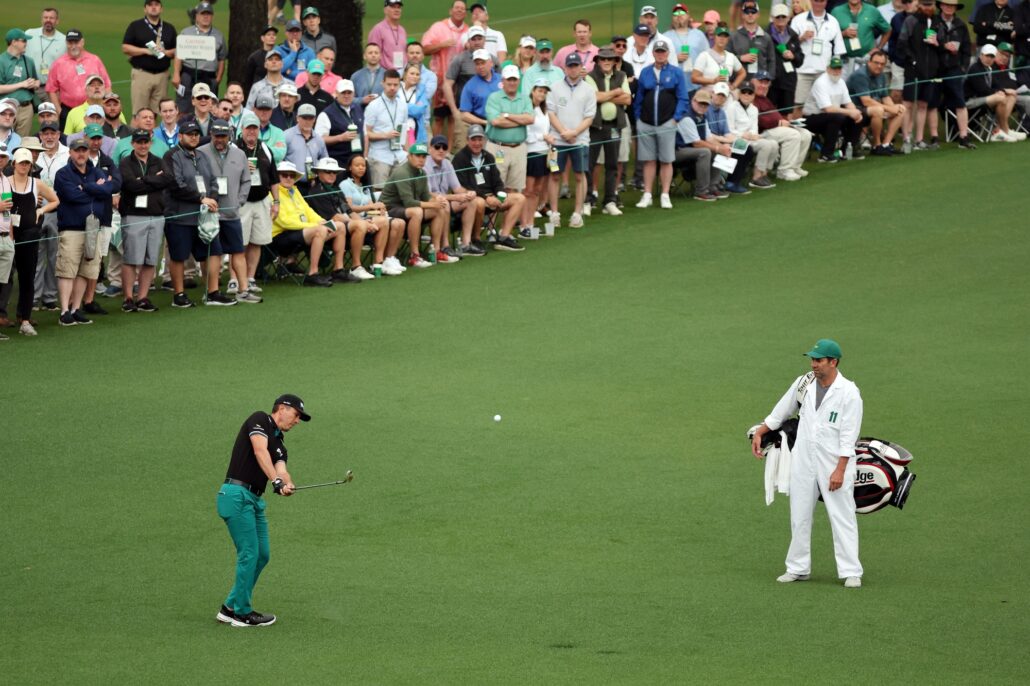 This may surprise regular readers of my Slam column, writes Alex Perry, but this is one area of golf in which I am absolutely on the side of tradition.

Yes, there may be times where you’re watching past Masters champions through your fingers as they struggle to break 80, but for every Mike Weir there’s a Fred Couples or a Bernhard Langer notching a top-20 to keep that nostalgia fire burning.

But even for those who struggle, who cares? What a genuine honour it must be to go back to the scene of your greatest triumph. They take their family, they take their grandchildren. For at least two days a year, they will feel a foot taller.

Do I care that everyone’s favourite Canadian left-hander is only popping it 220 off the tee? Of course not. I’m not judging them on that, in any way. I’m happy for them that they’re here and enjoying their moment.

I would do the same. So would Dan. And so, dear reader, would you.

Should the past Masters champions be allowed to play as long as they want? Or should there be, like the other three majors, a limit? Let us know in the comments below, or you can tweet us.