Minjee Lee's Evian Championship victory in 2021 wasn't just impressive, it was about as unlikely as you can get. Matt Cooper reflects on just how mindblowing the Australian's achievement was

Do you want to know a secret? Do you promise not to tell?

Under normal circumstances, if I’m writing about the LPGA and I’m quoting Beatles lyrics, the subject matter is In-Kyung Kim, the Korean golfer who is a huge fan of the Fab Four, so much so that she wears one of the band’s badges on the course and plays her favourite song Blackbird on the guitar.

The secret in question is one television commentators are reluctant to reveal. Perhaps because they are scared of frightening away potential viewers. Or maybe they are just wilfully ignorant. Either way, they prefer to say, ahead of pretty much any final round, that “anyone can win it”.

But the truth? The awkward reality is that the winners of professional golf tournaments rarely – very, very, very rarely – emerge from the top page of the leaderboard at the end of the penultimate round.

Consider this: since the start of the 21st century there have been nearly 3,000 tournaments of at least 54 holes on the PGA, DP World, LET and LPGA Tours and 97.5% of the winners were top 10 with 18 holes to play.

And in the majors? There have been 190 of the events that define a golfer’s career – men and women – in the 21st century and only one golfer was 10 back at halfway.

All of which is an extremely long-winded, statistic-heavy way of impressing upon you just how outrageous, how unlikely, how exceptional Minjee Lee’s triumph in last year’s Evian Championship was. It was unfathomably rare in any event and unique in modern majors.

And guess what? Dig deeper and it was even better than that.

But first let’s reverse to the start of that week in France 12 months ago when the 26-year-old Australian teed it up as a five-time LPGA winner who was struggling to transfer that form into any sort of quality in the majors. Indeed, she’d played 35 of them and landed just one top-six finish.

Opening rounds of 68-69 in France left her tied for 15th and 10 shots off Jeongeun Lee6’s lead – a deficit we’ve already established is more or less impossible to overcome with just 36 holes to play, so how difficult would it be with just 22 holes remaining?

We were about to find out because midway through Saturday’s back nine that was her exact position whereupon Lee thrashed four birdies from the 15th tee to move to within seven at the close of play.

Speaking afterwards she appeared downright casual as she said: “I really like it here, just the views and everything.”

Of her finish she was equally blasé. “It was good,” she said. “A couple more putts went in.” 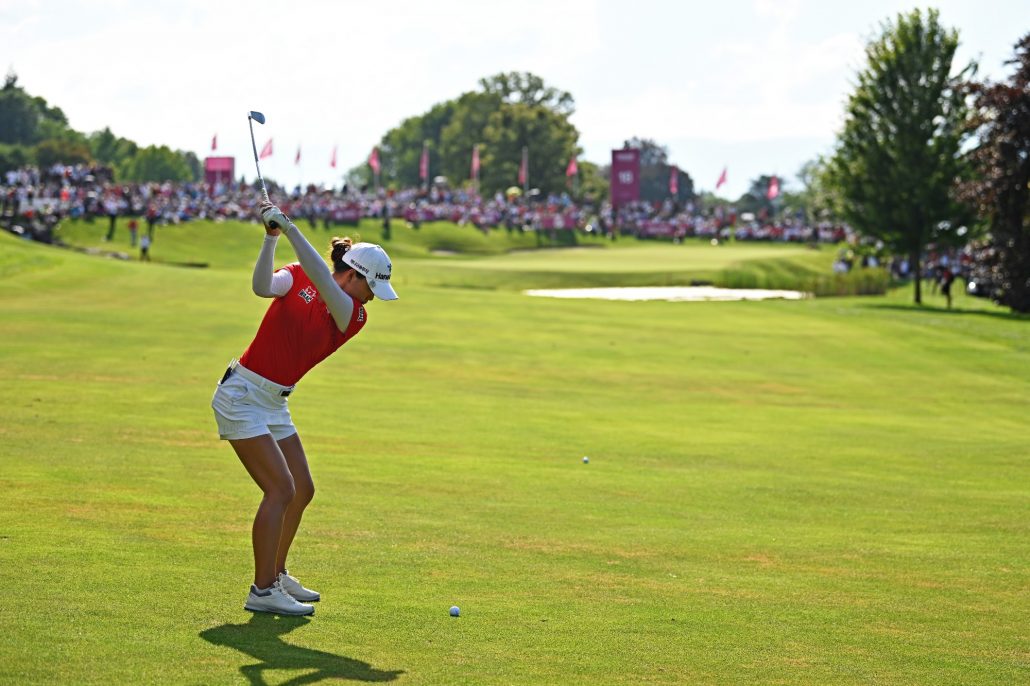 Quite clearly, Lee’s comeback required a complicity from the pace-setter. Lee6 led by five and had the tournament under a degree of control.

But the stats quoted earlier reveal that, in normal circumstances, it would have been others who capitalised, not Lee. The closer chasers would have had the shots in hand to withstand any errors. In contrast, the Australian could afford no mistakes.

When she opened her final lap with yet another par breaker, her fifth in a row, the clarion cry of a regression to mean was loud: sooner or later at least one bogey would surely follow?

But none did, not for her at least as she reached the turn in 3-under. Lee6 also began with birdie but then added five unanswered bogeys before hitting the back nine. The pair were tied, but were also now trailing Yealimi Noh by one.

Lee was briefly becalmed and headed into the final five holes two back of the lead, but she was also back in the sweet spot that had set up her opportunity and another quartet of late birdies allowed her to set an 18-under total. In all, she made eight birdies in playing the final five holes twice in regulation over the weekend.

Noh couldn’t match her clubhouse target, only a remarkably resilient Lee6, who closed with a hat trick of birdies, could manage that. Lee was a runaway train, however, and made yet another birdie to complete the victory on the first of the extra holes. Twelve-under-par for her final 23 holes. 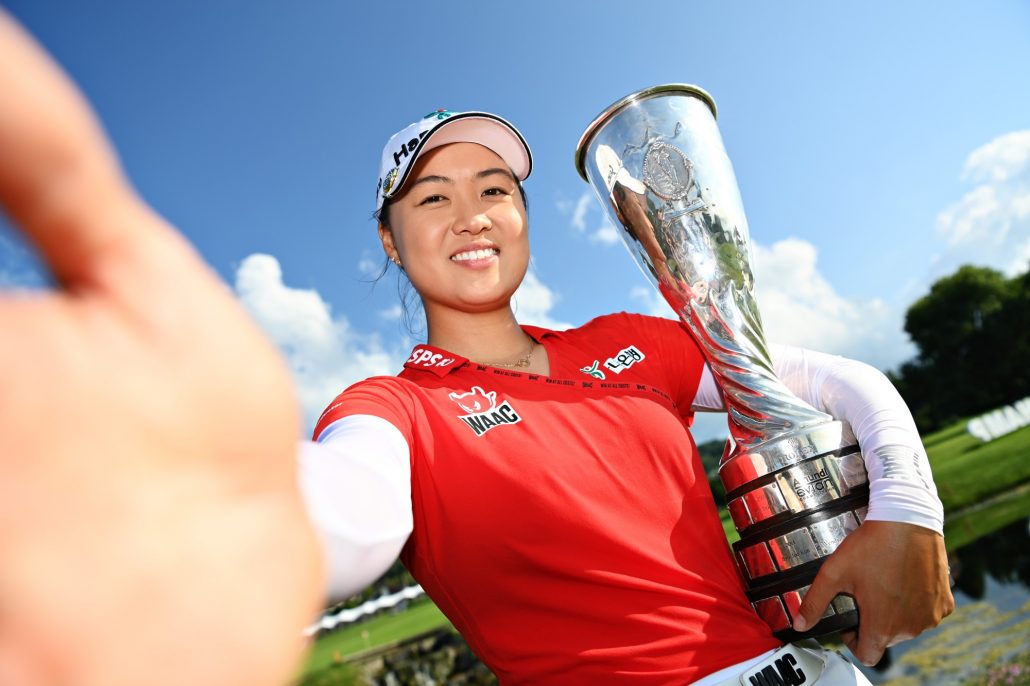 “Apparently my dad was like, ‘She’s going to get into a play-off and win’, so he kind of called it,” she said afterwards with typical understatement.

She then revealed just how much her previous major failure had weighed her down. “I put a lot of pressure on myself to perform and I heard so many people say a major was just around the corner. But it’s easier said than done.”

She might not have been aware of just what a staggering comeback she had completed, but she was soon alive to another statistical quirk, when her brother Min Woo, winner of the Scottish Open earlier in the month, pointed out that they had both carded 65-64 at the weekend before winning in a playoff.

So many numbers – it really should have been the winner, not the runner-up, who actually had one in her name.