Six months ago there was seemingly nothing to dislike about Matt Kuchar. Now, through a succession of poor calls, his reputation is at an all-time low

Once upon a time Matt Kuchar was viewed, from the outside at least, as one of the all-round good guys of American golf. Everyone likes a trier and, after changing to his one-plane swing, Kuchar has efficiently tucked away plenty of money and the occasional win.

There have been four Ryder Cups, the Players victory and, on his biggest day at Birkdale, he emerged with his reputation never more intact after being on the wrong end of Jordan Spieth’s stunning turnaround from the depths of the equipment trucks.

Despite the lengthy wait in the middle of the 13th fairway and having to watch first-hand one of the greatest finishes in major history, Kuchar, albeit a little teary, kept smiling.

The most outspoken he would seemingly get is to let slip a “golly, Matty” when a trademark hybrid had leaked a little left.

The proverbial tends to stick and Kuchar has been mired in the stuff this year.

First up, after winning for the first time in four and a half years, he stiffed his local caddie, El Tucan, with $5,ooo from a prize pot of $1.3 million.

In among a series of post-victory gaffes Kuchar explained things away by saying: “I thought that was more than we agreed upon. I kind of think, if he had the chance to do it over again, same exact deal, that he’d say yes again.”

It was as misjudged as it was patronising. A few days later came a proper apology, after a whole load of rightful bad press, and the caddie was to receive the more appropriate payment of $50,000.

A few days after that he admitted he “had missed the boat with this one”.

Business, we expected, would be back to usual for ‘Kuch’. We all mess up and this would be Matty’s career brain fart.

Matt Kuchar did not have a chance to concede Sergio Garcia's second putt.

Kuchar told the official he wanted to give Garcia the putt, but that cannot be done retroactively. pic.twitter.com/AJFF8N5J7h

Kuchar, standing on the edge of the green, didn’t have time to concede it, and Garcia lost the hole. Damn those Rules of Golf.

Except Kuchar was the one to bring it up, to Garcia and then the rules official, despite it being a three-inch putt. Say what you want about Garcia and his occasional petulance but this really was nothing about the rules.

Kuchar had ample opportunity to make things right and he didn’t. The pair were then brought together on the Monday after the tournament, neither had enjoyed the best PR start to the year, for the most toe-curling explanation of what had gone on. The words were as false as the smiles.

Kuchar went on to finish second that week in Austin showing, if nothing else he has a particular thick skin. When fellow pro Tom Gillis brought the caddie payment to light it was during the Sony Open, come the Sunday night Kuchar had won again.

And so to this week at the Memorial and this:

Matt Kuchar lost his battle with PGA Tour rules officials after contesting a bizarre ruling during the opening round of the Memorial Tournament. ⛳

This is just a snippet of what happened as Kuchar called in multiple officials to come to the conclusion that his ball, having already taken a bounce, had not created a second pitch mark within somebody else’s.

If this was the case then he would be entitled to a free drop but PGA Tour rules official Robby Ware was standing firm.

“The rule says it’s got to be your pitch mark. If the ball rolled, there’s no way it’s gonna create a second pitch mark.”

Kuchar wondered, out loud: “What if it rolls and it kind of hops up and hops down?”

Enter a second rules official, Stephen Cox, who was barely prepared to get into any sort of chat.

Having been refused a third opinion he finally resumed his round 10 minutes after he had got to his ball.

It’s the nature of the game for players to try their luck but these exchanges are generally pretty straightforward and they don’t last too long.

Afterwards Kuchar was asked if it was standard practice for him to ask for a second opinion: “No, no. And listen, the only reason I did it is just from seeing the video. And not being totally clear on the rules. And they’re tricky enough. The game is tricky and we’re lucky to have great staff out here. And I certainly trust their opinion.”

The most telling reply then came when he was asked if he was satisfied with the ruling: “Well, I’m certainly satisfied with making a 4 there. I like to think things work out the way they’re supposed to. Making 4 there is all I can ask for.”

Golf Digest ran a poll to find out the ‘The Top 30 Nice Guys of the PGA Tour’ and there in the middle of the pack was Matty.

Now he wouldn’t get a look in. Now he’ll surely be getting more than the odd nod for most disliked while maybe qualifying as a question about what his peers think about him.

He couldn’t really be getting it more wrong; he’s been outed as being a diabolical payer which then brought out whispers that he’s always been an awkward character with managers, the Garcia incident was a farce which, days later, he still couldn’t explain, and now he’s shown a new, arrogant side with the second and third opinions.

If anyone has shown that you can drag your image out of the dirt it is Phil Mickelson. When he had his career low at last year’s US Open plenty had had enough of him and, like Kuchar, the initial explanation was a mess.

Now Mickelson, courtesy of some dazzling comic timing and plenty of self-deprecating humour, has never been more enjoyable. In his Augusta ‘bombs’ performance he even had a little joke at Kuchar’s expense, no pun intended.

On a rare visit to Germany in September he then attracted few more headlines when his bunker gardening might not have broken any rules but it didn’t do much for his reputation. As is the way with Kuchar for much of the time there was no explanation which just left everyone on social media to tear him to shreds.

It’s been quite a year for Matt Kuchar as he leads the PGA Tour in both money and shithousery. 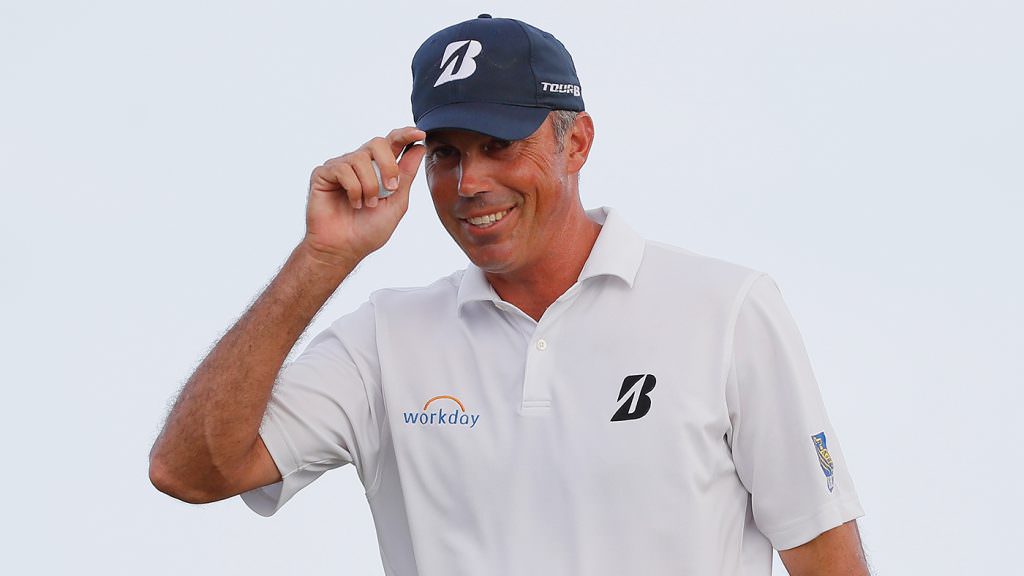 Kuchar pays up – but has his good-guy reputation gone for good? 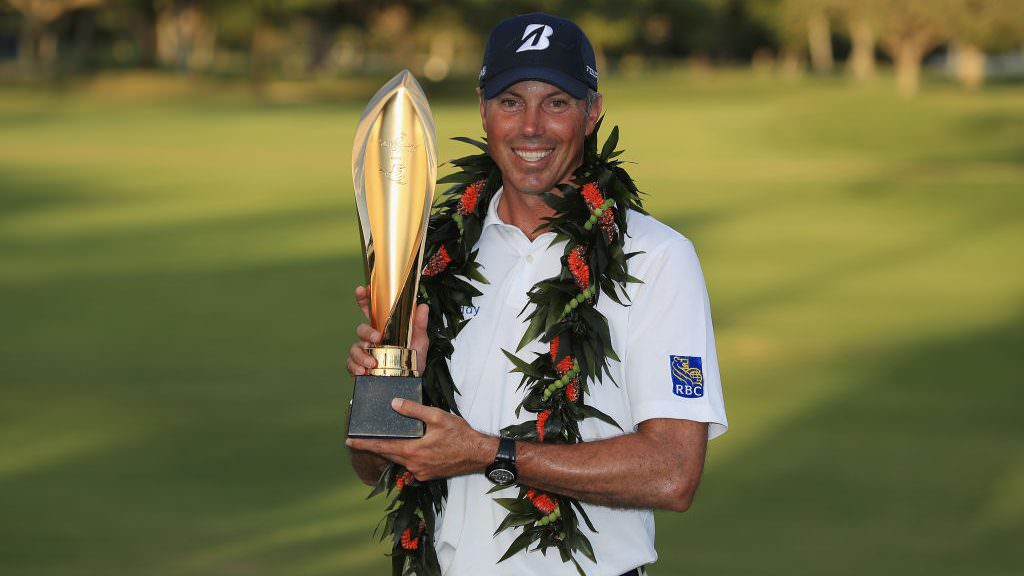 Kuchar clings on at Sony Open amid caddie accusations 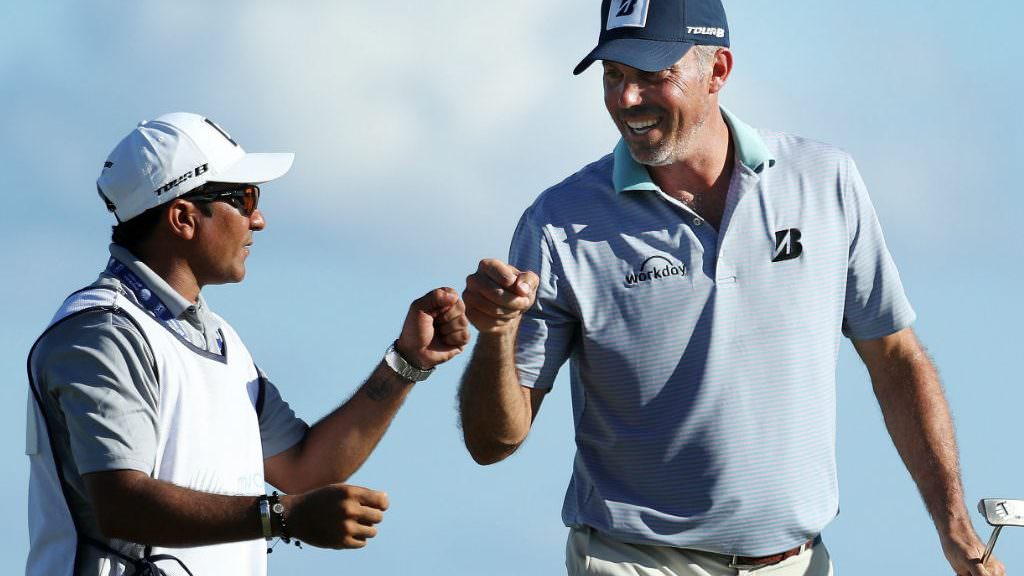 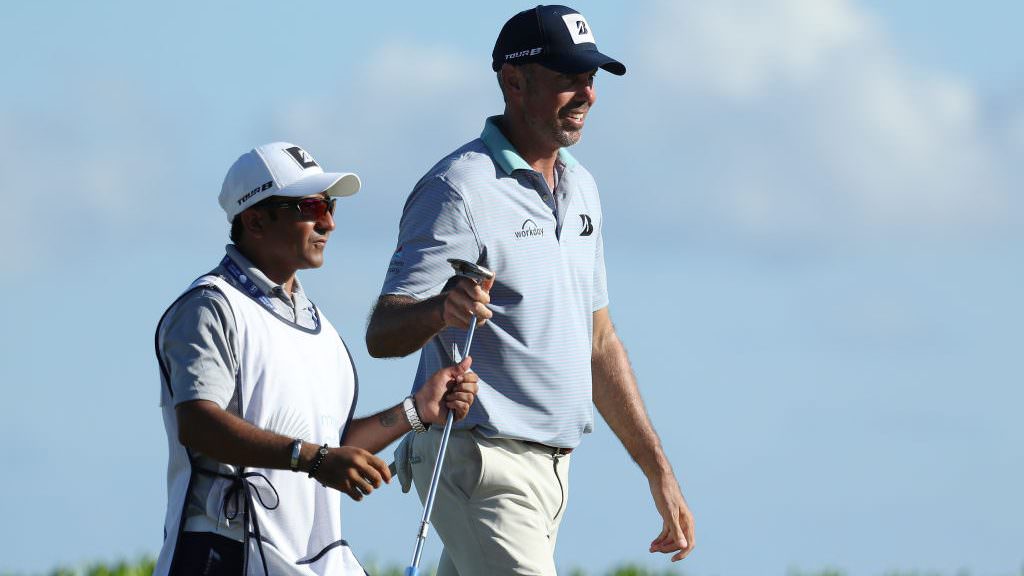 How much should Kuchar have paid his caddie?