Sometimes you ask a boring question and get a very interesting answer, as we found out with Matt Kuchar and his bronze medal

Just imagine for one moment you lead a completely different life – a life in which you are an Olympian. An Olympic medallist. You’ve reached the pinnacle of your sport. Where would you keep your medal? It’s definitely not the same place Matt Kuchar keeps his.

As we enter an Olympics year, the questions are inevitable, particularly for the likes of Kuchar, who snaffled bronze in Rio four years ago.

But sometimes, just sometimes, something else comes of it, as we found out ahead of the Sony Open in January.

“I’m hugely proud to be a medallist at an Olympics. It’s definitely a goal of mine to be part of the Olympics in 2020 in Japan.”

Yes, we know Matty, tell us something interesting. Like where is the medal now?

And it goes everywhere?

“Wherever my backpack goes it goes. It’s just been fun to show off. I hadn’t found a home anywhere other than my backpack. It’s easy to travel with. Fun to show off. I probably haven’t brought it out other than in airport screenings I always take it out. They see this big metal blob and always take it out. I always bring it out and it’s in a sock, and even though I’ve put the sock out open in a bin, the screener always grabs a hold of it, pulls it out, and eyes kind of bug out. So it comes out at every airport. Aside from that…”

Sorry. A sock? Like a special sock specially made?

Do you wash it?

“It was washed before – it was a clean sock before.”

“Funny, but it’s a similar reaction over and over again. They just kind of bug out. ‘Is this real?’ ‘What’s it for?’ They start showing it off to their friends. Hey, I got to catch a flight now.”

Now all we can think about is where the gold and silver medallists from Rio, Justin Rose and Henrik Stenson, keep their medals. Bet it doesn’t involve underwear… 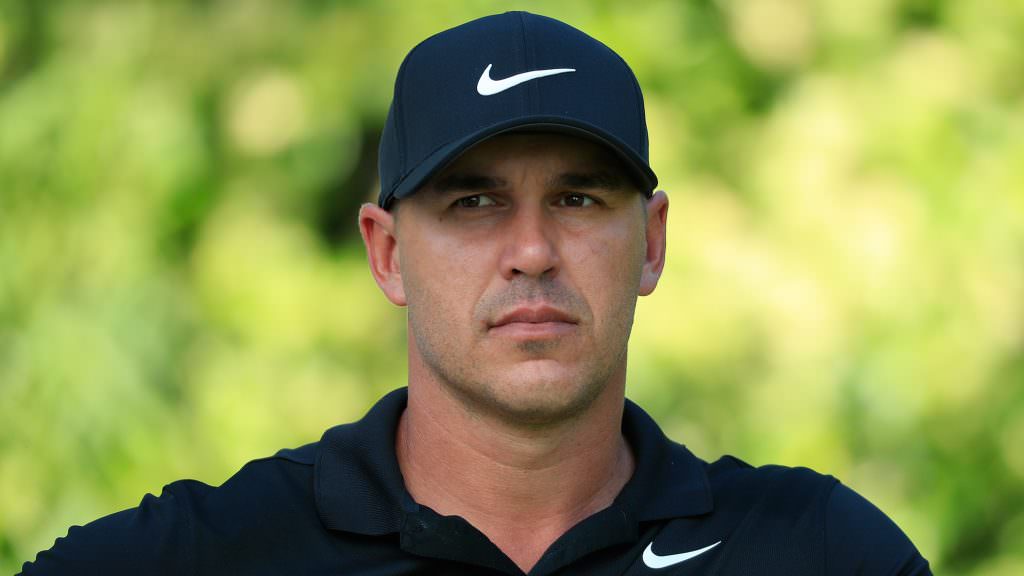