TaylorMade's new Kalea Premier range is built for women with the help of women – so how do they perform?

Are the Kalea Premier the most technical women's golf clubs on the market? Hannah Holden takes a closer look

Historically women’s golf clubs have not been the most thoroughly researched and tested clubs on the market. But times are changing and TaylorMade really wanted to do more to create a product that players would love, play well with, and feel was really designed for them.

So what did they do? A women’s advisory board was created, Michelle Penney, an expert engineer and product developer at TaylorMade believes this was integral to how the product developed.

“They have so much experience. They’re so knowledgeable and passionate about the product that we make. We got some great honest, meaty feedback, not just something like, ‘Yeah, that’s pretty!'”

The result is a much more intentional product, something specifically for women coming into this game, those tied into the game. They don’t necessarily want a typical package set but do not want to pay $600 for a driver.

In terms of specs, these aren’t suited to my club head speed. So I got club golfer and 9-handicapper Vicky to test these out. 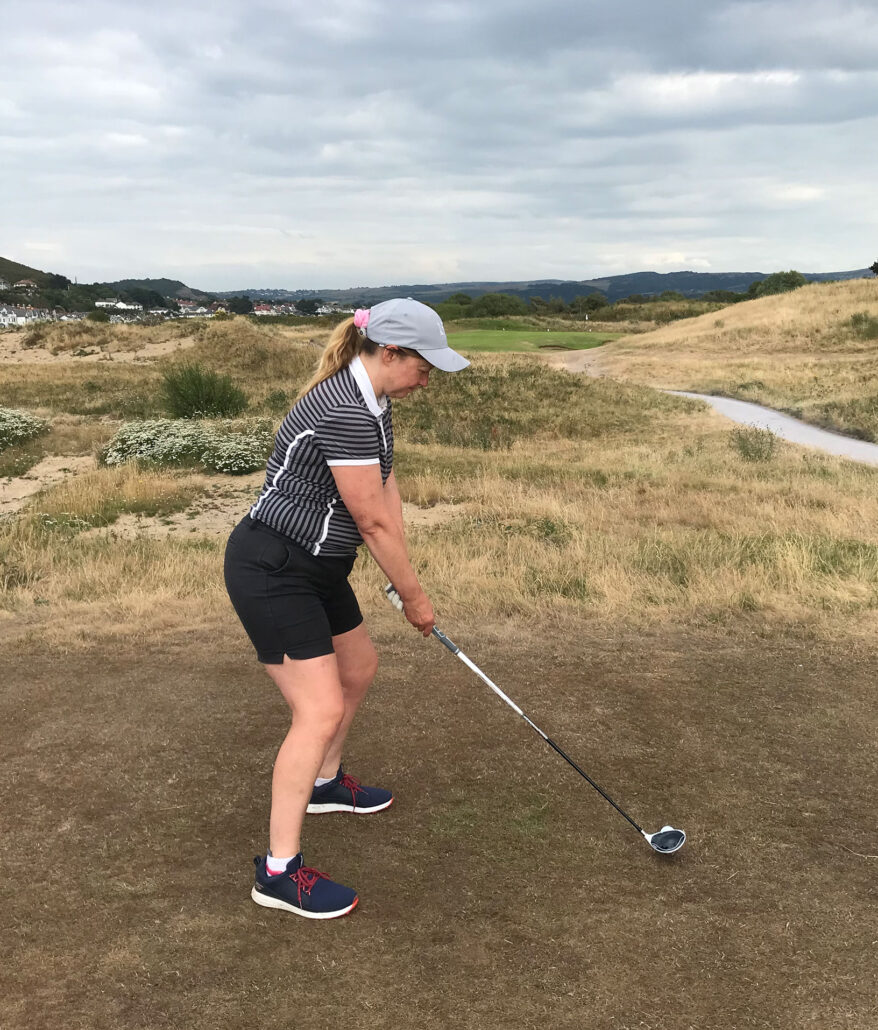 The wide range of club combinations and shaft choices make this the perfect option for a wide variety of ladies. Throughout the bag these look great, are exceptionally easy to hit and have helped me increase my carry distances. What’s not to love!

This range packs a serious amount of shelf appeal, and I love that we don’t have that traditional pink women’s styling. If you saw these in your local pro shop, you really would think these were clubs for everyone. 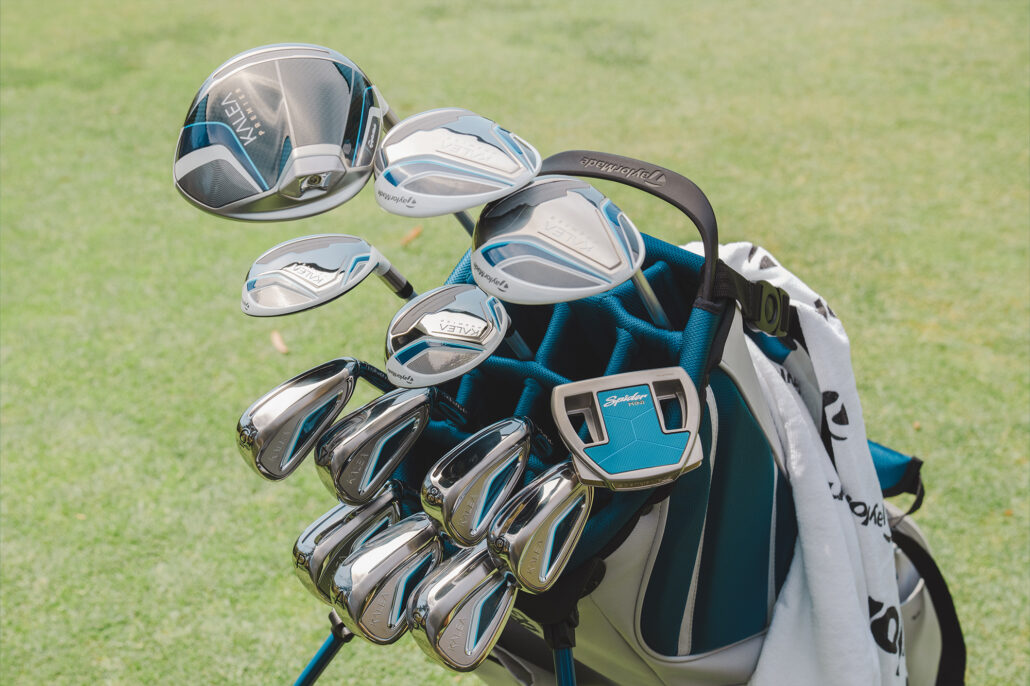 The whole Kalea Premier range was designed with the clear idea of bringing the highest-performing equipment to every golfer on the market. It is aimed at golfers who need more speed and forgiveness on their full shots. 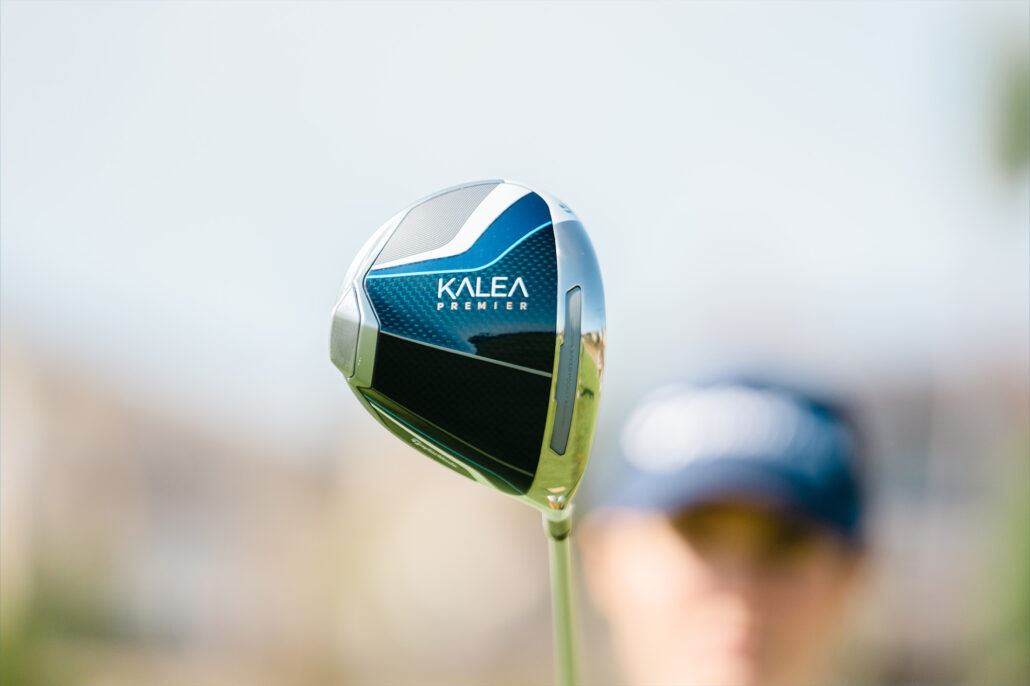 The driver has two main aims. Firstly can the club give you more speed and therefore more distance?

The clubhead features a lightweight carbon crown and sole, this combination creates an ultra-lightweight head which is easier to move quicker, increasing your club head speed and giving you valuable extra yardage.

Secondly, can this club be more forgiving? Most of the weight is placed at the bottom of the club near the back of the head, increasing MOI and therefore forgiveness. 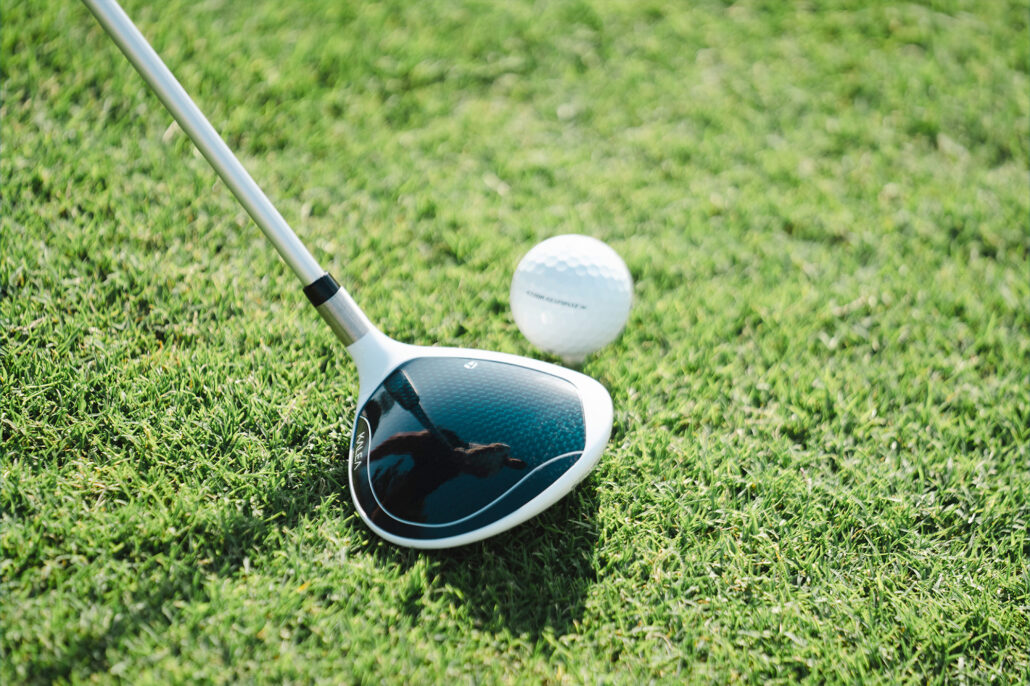 Fairway woods are a vital bit of kit for slower swinging golfers as they are hit more, mainly into greens.

These woods have a 37% bigger club face than the previous generation to provide more forgiveness. 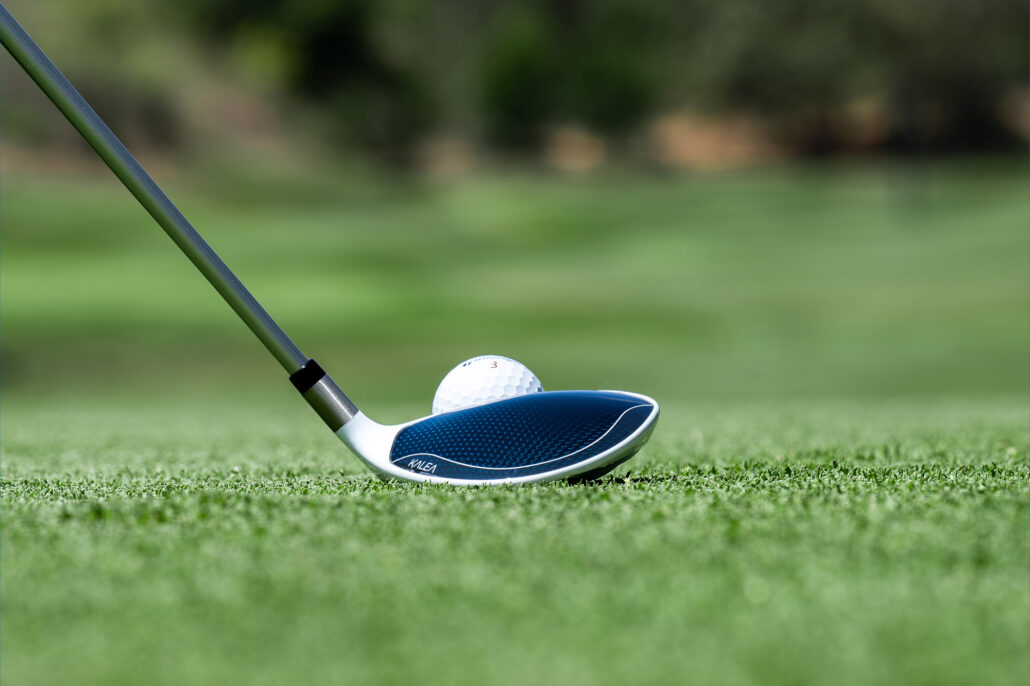 If you want something that is easy to launch but is playable from various lies, this could be perfect.

The club head is larger than we have seen previously to increase forgiveness levels. 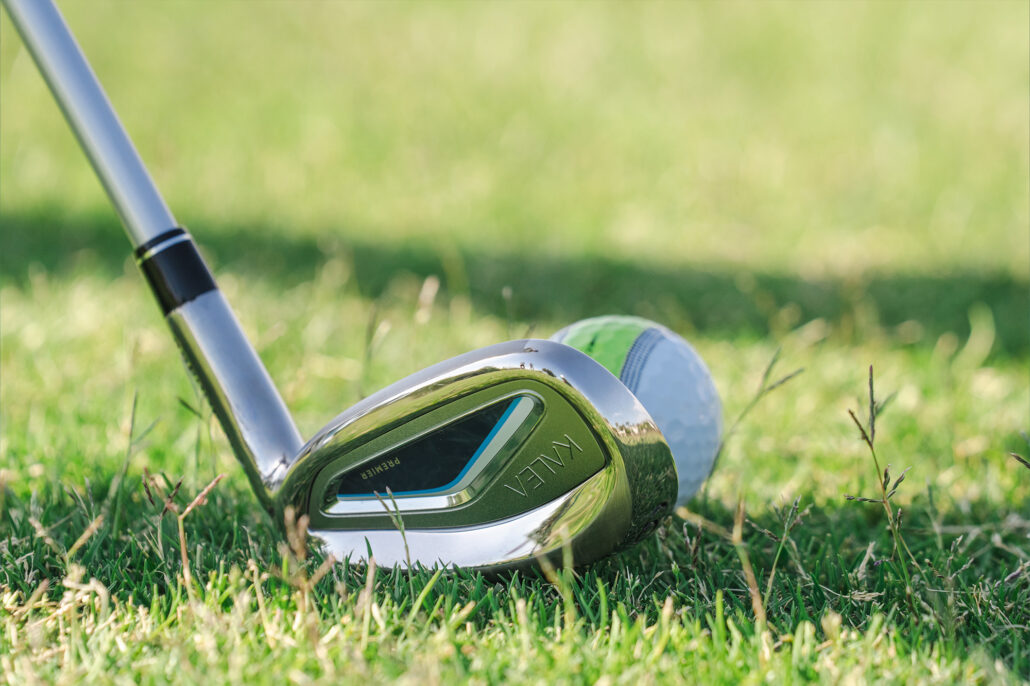 In the Kalea Premier irons, TaylorMade aimed to balance feel and forgiveness.

Ball speed stability is achieved thanks to the speed pocket on the sole, which allows the face to flex, increasing ball speed, especially on low-on face strikes. Then the Cap Back Design helps add launch to shots increasing both control and carry distance. 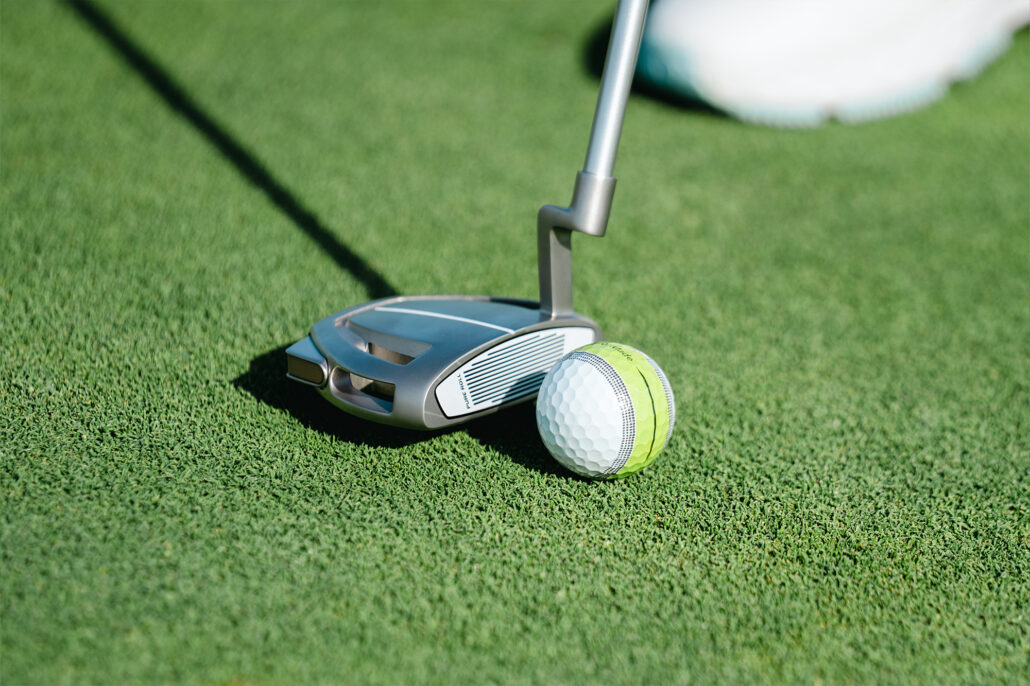 A modern mallet in a smaller compact shaping. The Spider has a 15% more compact head shape than the Spider Tour.

The long single sightline aims to deliver a simple yet powerful alignment tool.

Despite this set being designed specifically for women, these can still be fine-tuned in a fitting to dial these in for your game. You can choose the exact set-up you require with the option to try extra shaft and grip options. Your fitting can also tweak loft and lie angles to make sure each club in the bag gives you maximum performance.

I have always played with men’s clubs until finally switching to a ladies’ set just over a year ago. The reason for the change? I felt I was leaving valuable distance on the table and also saw that I wasn’t quite getting the height I needed to stop the ball on the greens on longer shots.

Admittedly though, I didn’t get a custom fit for my set, which was perhaps an oversight; I jumped from regular men’s shafts to 48-gram ultra lite women’s ones. The TaylorMade Premier seem to bridge that gap in the middle. I tested these with a slightly heavier Air Speeder shaft which made a massive difference in terms of feel. I felt I could feel where the clubhead was better and control my swing more. The result? A much more consistent ball flight. 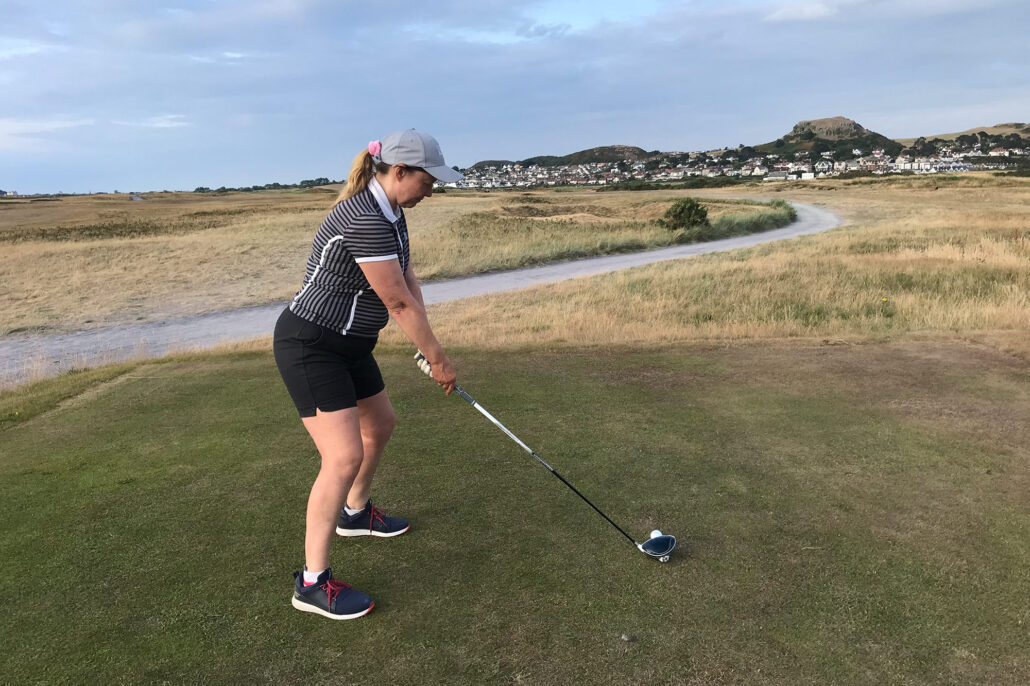 I had never used TaylorMade clubs before, and it took me some time to get used to the unusual shaping of the driver. I wouldn’t say it was love at first sight, it performs very differently from what I have used before, but after several rounds, I felt like I learnt how to use this and saw increased carry distances.

The fairway woods and hybrids are really where I saw the most benefit. They are effortless to hit and launch high, which helped me stop the ball quickly on the green. My biggest dilemma was whether to hit a 7-wood or a hybrid! An excellent problem to have.

There are numerous combinations of fairway woods, hybrids and irons, so you can pick how you would like your set-up to look. I tried a six hybrid for the first time and was surprised just how much easier it was to hit than the iron equivalent. Although while playing mixed foursomes, I realised it wasn’t necessarily the ideal club for punching out of the trees. 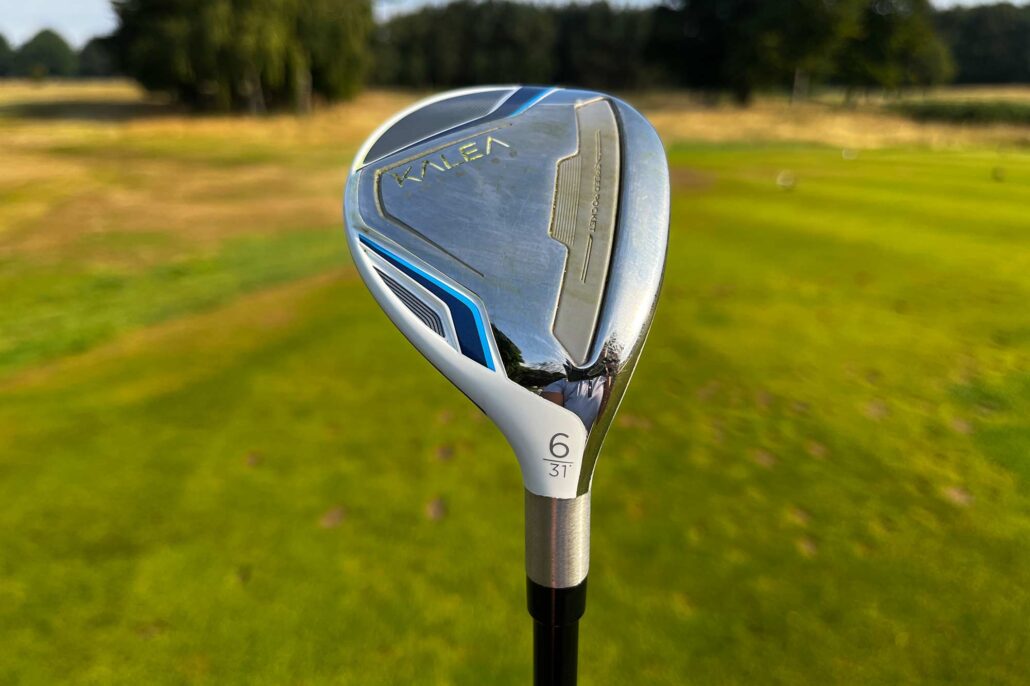 My only slight criticism would come with the wedges. The set comes with an A and SW as part of the iron set. These are lovely to hit on full shots but aren’t necessarily that versatile around the greens. It would have been nice to have one more bespoke lob wedge style club for small chips and out of bunkers.

The putter is a really attractive Spider model, but I was concerned it felt quite light. I honestly wasn’t sure I was ever going to switch my putter but I have holed so many putts while testing this I am having to seriously consider it. 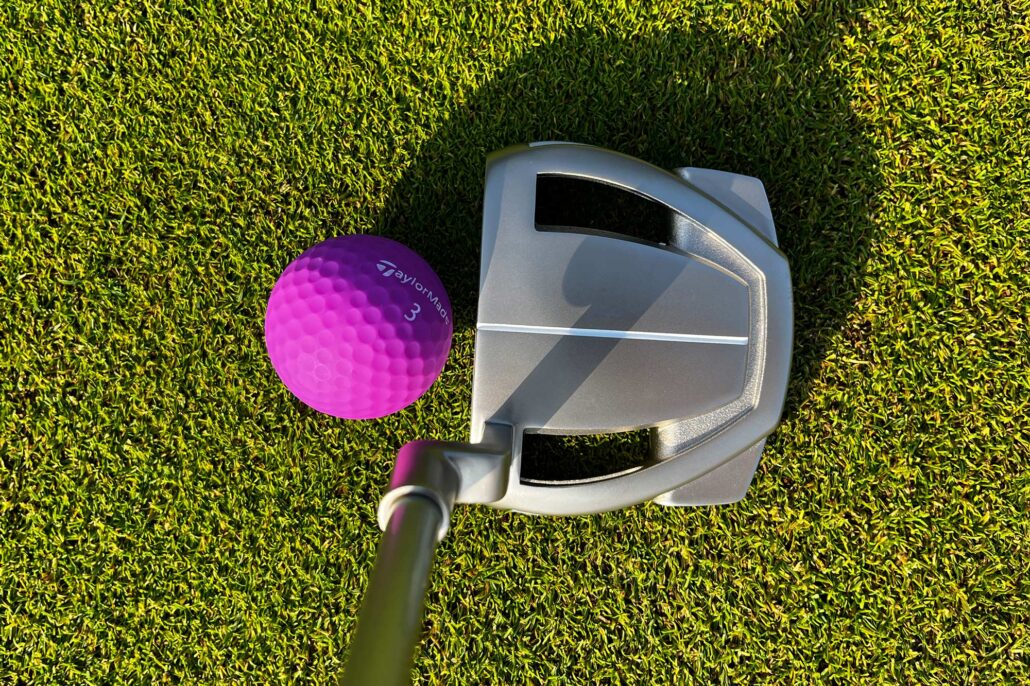 I really enjoyed testing out these clubs, and they are certainly going in the bag!