What is a Stimpmeter and how does it work?

It's a word we hear a lot about – particularly when watching golf on TV – but what is it? And how does it measure green speeds?

“It’s running about 13 on the Stimpmeter.”

It’s a word you will have heard thousands of times while watching or discussing golf, but what is it? And how does it work?

If you don’t know, you’re certainly not alone.

You’ve almost certainly heard commentator discussing “the Stimp” during major championship weeks. At The Open, it’s usually between 9.5 and 10.5, while the US Open and Augusta National, for the Masters, will have them running between 13 and 14.

To put it simply, the Stimpmeter in golf is used to measure the speed of a green. (That’s how fast the greens are running on any particular course.)

Yes. Green speeds in golf is a measurement of how quickly a golf ball will roll when it’s on the putting surface.

The speed of a putting green can be affected by a number of factors, most notably the length of grass. The longer the grass, the slower your ball will move and, as a result, won’t travel quite as far.

But how do we determine green speeds? Enter the Stimpmeter.

The Stimpmeter is a very specific device that has taken many forms over the years. These days, it is a 36-inch long, 1.75-inch, V-shaped metal bar. 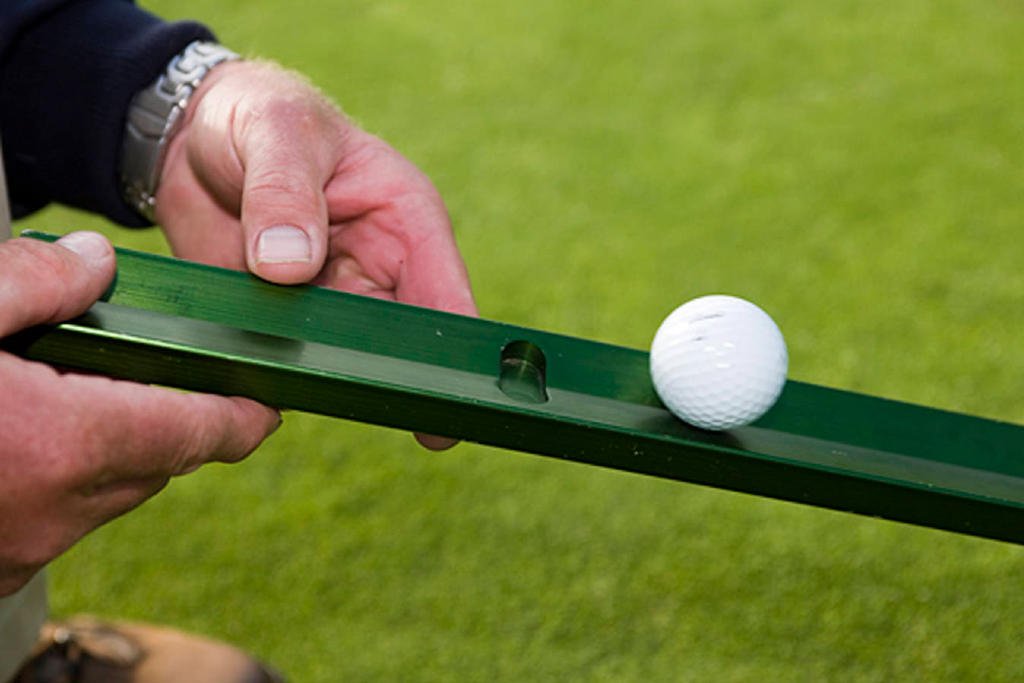 The Stimpmeter is angled at 90-degrees from the ground on a flat part of the green, then a ball is placed in the groove, 30 inches from the bottom end, before being released.

It runs down the Stimpmeter, onto the green, and a measurement of how far the ball rolls from the base of the Stimpmeter is taken. 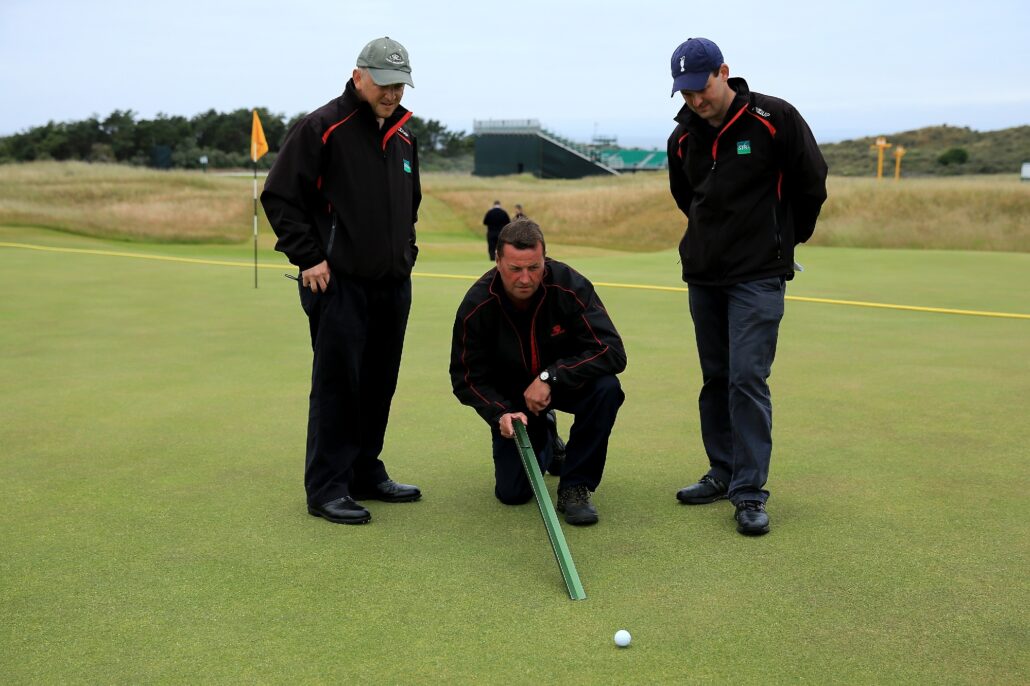 Six measurements are taken, and the readings must be within 8 inches of each other in order to count, with the average distance taken for the final Stimp reading.

So why is it called Stimpmeter?

This one’s a nice simple answer. It was invented by a man called Edward Stimpson back in 1935, when he was tasked with coming up with a device that could help golf course superintendents and greenkeepers ensure their green speeds were consistent throughout.