How much should Kuchar have paid his caddie?

In this edition of Fourball I’m joined by Steve Carroll, Alex Perry and James Savage to discuss a variety of golfing hot potatoes…

It’s time to pick your club knockout/fourball partner. How do you go about this process?

Alex: It’s like being in PE all over again, where you have a couple of people in mind that you’d like to partner up with and they inevitably pick each other and you’re stuck with the kid that forgot his kit and is taking part in his pants and vest.

Steve: At the risk of being a golfing grinch, I don’t generally enter knockouts or get involved in many fourball comps. This is for two reasons. I simply can’t be chewed with the Brexit-style negotiations required to organise each match, and I prefer Theresa May’s botched deal to the 90 per cent handicap allowance. I find it hard enough getting round the course in anything resembling my mark without having to fend off a tag team of bandits.

James: Ah finally, we’ve stopped talking about the rules. There aren’t new rules for selecting matchplay partners are there? Basically it comes down to whose company you enjoy the most. I’d rather get beat with a good mate than win with a complete arsehole. That rules out most of my colleagues. I’ll see what my dad’s up to.

My verdict: I find this element of being a member of a golf club possibly the most exciting. You and your favourite hombre discussing out-there things like tactics and mind games and outfits and then you both knob one out of bounds at the 1st. Golf’s generally too lonely so being able to pick your perfect wing man is a rare treat.

Where do you stand on Dustin Johnson? Are you a fan?

James: I’m a big fan of the way he hits the ball. He works hard off the course and puts the hours in on the practice ground. Probably the best golf athlete there has ever been. But I’m not a fan of the way he seems to give so little back. He generally can’t be bothered in interviews so comes across as being a bit dull. I’m sure there’s more too him off camera. I’d love to see what he’s like after a few beers.

Steve: I think he’s much savvier than people think. I’m not buying this Waltons’ routine. I think he does it to keep under the radar and save himself the interrogation the likes of McIlroy and Spieth get during a press conference. On the course, he’s most of the most pleasing players to watch – a combination of grace and brutality. I am in awe of the way he destroys a golf ball.

Alex: I admire him as a player, I don’t really care for him as a character. See also: Koepka, Brooks. I don’t get too excited when DJ’s in contention the way I would with Rory McIlroy or, in particular, Tiger Woods.

My verdict: He’s not for me in truth. I like the walk and the swagger but, after a decade of saying nothing of interest, you grow a bit bored of someone. Sure there’s a lot more to him than meets the eye, it would almost be impossible not to, but I can’t ever remember getting too excited over any of his wins. I was pretty gutted for him at Whistling Straits though. I also quite like my heroes to be a bit out of shape.

Not that it’s any of our business but how much should Matt Kuchar have paid his caddie at the Mayakoba Classic and why?

Related: El Tucan reveals how much he was paid by Kuchar

Steve: Another week and another Twitter mob gets itself into a self-righteous fury. I think the relative silence of el Tucan on the whole matter speaks volumes, actually, and I can’t believe the pair didn’t agree a deal at the start of the week. Look, it’s not like the possibility of winning – or a high finish anyway – wouldn’t have come up in any conversation. After all, Kuchar’s a cash machine on the PGA Tour.

Alex: I’m still convinced that it’s all a cover up because, you know, Mexico. That aside, if they didn’t agree a price beforehand then I’ll be astonished. If I’d have just won more than a million dollars and had $45 million in the bank, I’d be handing him a (secret) cheque for 50 grand and telling him to treat himself to something pretty.

James: Surely they should have agreed an amount before the tournament? $500 a day so $2,500 basic for the four days + Pro-Am seems fair to me but with a $20,000 win bonus or something. Being a caddie for a one-off event and being a player’s full-time caddie are not the same thing so the 10 per cent rule shouldn’t come into play.

My verdict: Paying 10 per cent to a stand-in caddie is a nonsense but, given how much he’s just won and generally banks, it could have made such a cracking story if he hadn’t been such a tight arse.

His denial only made things worse. Half of the norm, 5%, would have amounted to $65,000 and, given he did give him the job that would have been a nice figure. Or put a load back into junior golf in the area, just do something normal.

It’s strange, after winning for the first time in four years, for the supposed Mr Nice Guy to then create his worst bit of PR since turning pro.

After winning Kuchar said: “He was definitely my lucky charm. He brought me good luck and certainly some extra crowd support.” 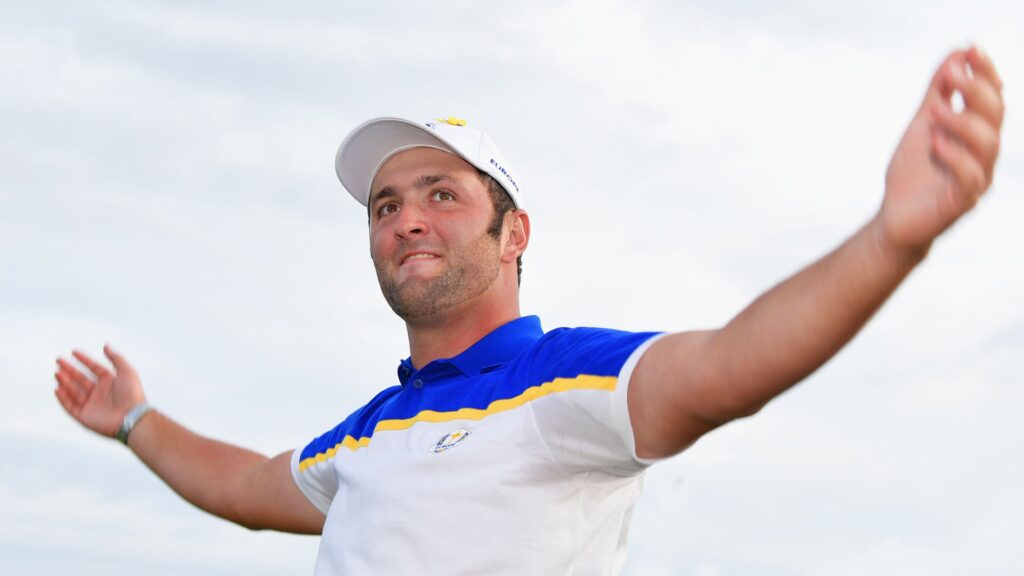