The two letters golfers dread most: DZ. Our Rules of Golf expert is on hand to explain the ins and outs of dropping zones

The drop zone rules can be tricky, so let’s go through them step by step…

What is a drop zone?

First things first. Drop zones are a “special relief area that may be provided by the committee”. They are outlined in the Committee Procedures of the Official Guide to the Rules of Golf.

What’s so special about them?

They can be used to give a player an extra relief option and, employed as a Local Rule, you’ll usually find them where there could be issues in using the normal relief options. You might find them in circumstances where there is interference from a wrong green, an abnormal course condition, when a ball is in a penalty area or is unplayable.

Most likely you’ve either encountered one when your ball has splashed into a penalty area, or you’ve seen them in a professional tournament when a ball has come up against a grandstand (otherwise known in the trade as a temporary immovable obstruction).

How are they used?

If you’re taking relief in a drop zone, you must drop the ball in, and have it come to rest, in that drop zone. No one club or two-club lengths here. Make sure that ball remains in the drop zone. It’s a relief area in the same way you’d encounter one under Rule 14.3.

If it is marked out with lines (as is usually the case) then the line is inside the drop zone. You don’t have to stand in the drop zone when dropping the ball.

How are they marked?

With painted lines, markers, stakes, and signs and in a variety of shapes too – such as a circle or a square. When it’s painted, you’ll often see the letters ‘DZ’ sprayed in the middle and letting players know exactly where they’re going.

How much action the drop zone is likely to get will probably determine its size but the committee procedures say it would normally have “about a one club radius or smaller”. 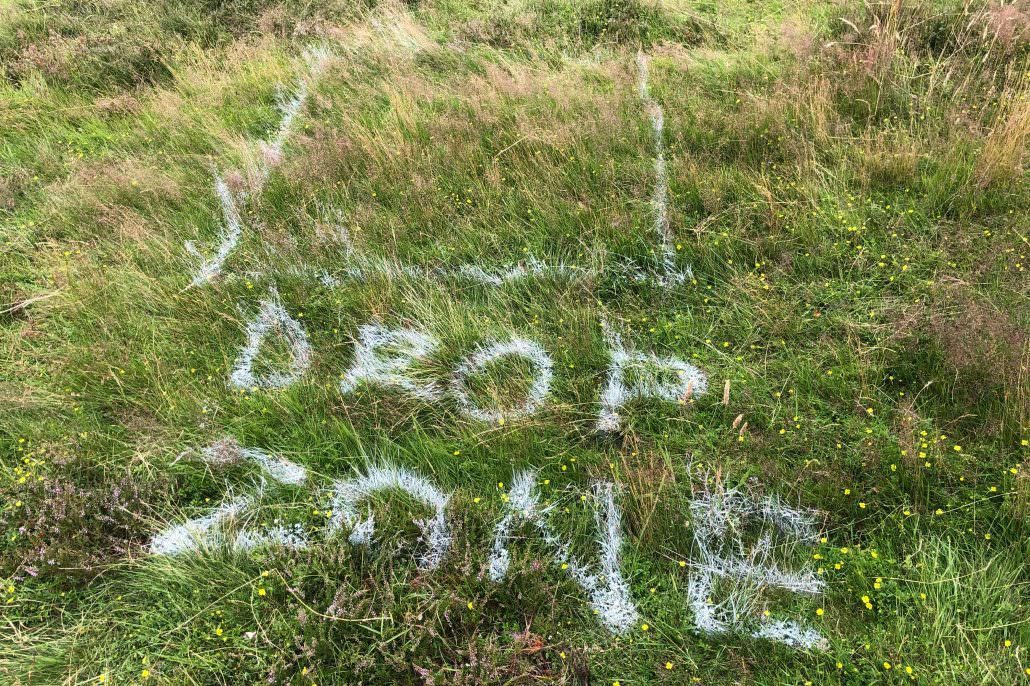 When there’s a chance of heavy use, committees can mark a drop zone by defining it in the Local Rules. So you may see reference to a sign or a stake when you’re reading them in the clubhouse.

Why do it this way? By moving the object, a committee also moves the drop zone. So if half the field use it in one competition and turn it into a divot chewed mess, a new fresh piece of turf can be located.

Not always. They can be mandatory. Committees can require that players use a drop zone as their only relief option – although you can always take stroke and distance – and it’s often worth a look at a club’s Local Rules just to make sure whether that’s the case or not. Taking any other form of relief, or playing it as it lies, when this is in effect will come with a stroke penalty attached.

You might see mandatory DZs, for instance, where there is an area of ground under repair they don’t want you to play from but don’t necessarily want to define as a no play zone.

How should they be positioned?

Here’s the fun part. The Committee “should attempt to place a dropping zone so that the architectural challenge of the hole is maintained, and it is typically not closer to the hole than where the player would be dropping the ball when using one of the options under the relevant Rule”.

This is why you’ll see those quite devious drop zones at The Open that are normally found in some filthy rough around the greens.

It’s because, if those big grandstands weren’t there, that’s exactly the sort of lie from which those players would expect to be hacking out.

Here’s another example. “When situating the dropping zone for a penalty area, it should be set in a position where the player would still need to negotiate the penalty area rather than being located on the putting green side of the penalty area”.

A perfect example of this is the infamous 17th at Sawgrass. Someone’s just dunked their tee shot in the pond and, look, they’ve got to take a little walk of shame to the DZ where – that’s right – they have to hit the ball over the water yet again.