Your clubs can plead as much as they want, but the only way we’ll sort out the scourge of unraked bunkers and pockmarked greens is if we do something about it ourselves

I don’t know if this is apocryphal – an urban myth or a whisper that starts out as one thing and morphs into quite another – but I was told this tale about a member who made a right mess in a bunker.

It’d taken him two or three attempts to get out, from various parts of the trap to boot, and his dug in footprints and general mooching had turned the once perfectly raked sandy surface into something that resembled a busy beach.

As he tottered out, one of his fellow players handed him a rake. The story goes that he replied with a look of disgust. “Do I look like a cleaner? What are we paying the greenkeepers for?”

If that gets some of your bristles up then so it should. I’ll do almost anything to avoid a confrontation, but even I would have been moved to act if one of my playing partners had come out with this load of tripe as to why they shouldn’t clean up after themselves.

And yet we are all pretty passive about on course etiquette, aren’t we? My social media is chock full of golf clubs and greenkeepers pleading with members and guests to spend a few seconds taking care of business after they’ve thumped one out of the sand or had a heavy contact on a green.

Some course managers take a more aggressive line and reveal – like the climax to some sort of horror movie – the very worst of golfers to try and shame them into taking a modicum of responsibility.

Clubs and organisations have tried all sorts of things to encourage a little more respect – from money pools handing out prizes for the best-kept green to even offering players a free pint if they sorted out their pitch marks. 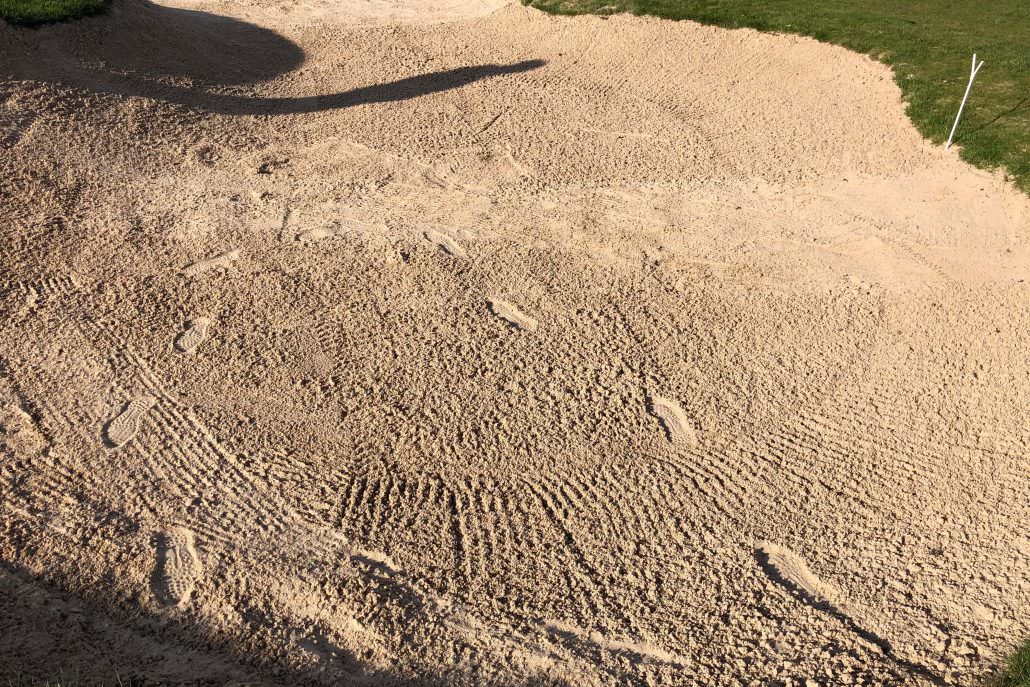 But given that the stream of complaints never really stops, and the regular emails and notices continue to come out of our clubs, it’s not really working.

The reality when it comes to ensuring basic etiquette is that it can’t be the committee or the greenkeepers that are doing the policing. We – as members and visitors – need to do our bit.

There is no point just complaining about it, we’ve got to take on the responsibility ourselves on the golf course.

That means gently educating new players on raking bunkers, repairing pitch marks, and basic golf club etiquette if the new member has missed it among everything else that they find in their big introductory pack.

It means leading by example – fixing whatever we find on the greens, tidying up a bunker even if it wasn’t us that made the mess, returning a rake, and encouraging those we play with to do the same.

And, yes, it means reminding those who forget and calling out the ones who refuse if they repeatedly fail to get the message. If that means acting against them, using a club’s Code of Conduct, then so be it.

Because the only way we’ll really get to grips with this source of so much dismay for our greenkeeping teams is if we take charge and deal with it ourselves. It’s time to stop turning the other cheek.

What do you think? Is it the responsibility of golfers themselves to police on course etiquette with bunkers and pitch marks? Tweet me and let me know your thoughts…