'I was scared to take a divot!' What's it really like to play Augusta?

Emily Toy teed up at the 2021 Augusta National Women's Amateur. She tells Hannah Holden of her experience on America's most hallowed turf

What was the anticipation like before you got to Augusta National?

You watch the Masters on TV and, in the women’s game, the ANWA is the only opportunity to play the golf course, so it was super exciting. It was cancelled in 2020 so I had quite a long build-up, and we had just come out of lockdown so preparation-wise it wasn’t the best, but you’ve got to make the best of a bad situation. I was just so happy to have been able to play there.

Did it feel different to other events you’ve played?

You feel like you’re a pro while you’re there. They look after you, they chauffeur you to and from the golf course and to the events. It’s run like a professional event. We got to go to the museum and meet the staff and have a walk around Augusta itself, which is absolutely huge. It was great to be able to just do some other things while we were there as well as enjoying the golf.

Did you get to go in the clubhouse?

I don’t know if there’s a main clubhouse – there’s about 10 – and I couldn’t tell you where I was, to be honest. It is gigantic! We had a couple of meals which I guess were in the clubhouse because it was us alone, whereas we were allowed to take our family to a couple of the other events, and we were with all kinds of different Augusta members, like the President.

The first two rounds are on the Champions’ Retreat course. What’s that like?

In terms of the setup, I thought it was harder than Augusta National itself. It’s pretty tight off the tee, but in terms of quality it’s second to none. I imagine it’s underrated!

Come on then, what was it actually like playing the main course?

So good. In practice it was so nice to play it in a relaxed environment. If we didn’t fancy a shot, or we wanted to play an iconic shot like skipping one across the water at 16, there was no pressure, and we’d just put down a second ball have a crack at it.

Going round Amen Corner and playing shots that you’ve seen people play on TV for years and years, it was just so pure.

Where does it rank in your favourite courses?

In terms of quality and how pure it is, it’s got to be up there at No 1. It is bloody hard, especially on and around the greens, but I wouldn‘t feel right putting it anywhere other than first. 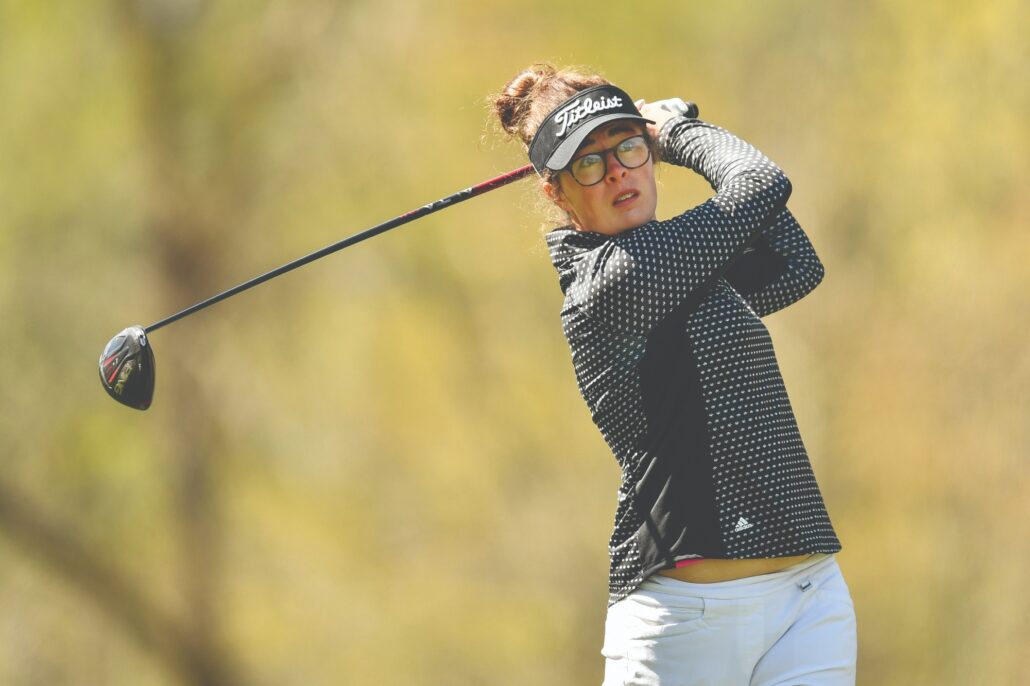 Is everything as perfect as it looks on the TV?

Honestly, it is. I was scared to take a divot! It is like carpet, and I just didn’t want to disturb the grass. It doesn’t look real. They maintain it to the most extreme level, and of course we were there the week before the Masters itself so it was in the best condition it could be in.

I’ve not played a lot of golf in America. I’ve only played at Augusta and Champions Golf Club for the US Open, so it was a completely different thing for me in general. I can’t say anything bad about it. Other than it was quite cold…

You see them on TV the week after it’s 26 degrees! I started warming up in a waterproof jacket. We even had a delay, but because they have all their air systems they zap the practice area and you can literally watch the frost disappear in front of your eyes. Within an hour we’re back on schedule ready to tee off. It’s absolutely unreal!

It was so nice as well because some of the players are already there prepping for the Masters, so it was nice to see them hit balls and dial in for their week as well.

Is a professional women’s event at Augusta National the next logical step?

The ANWA is great to get your foot in the door and get women playing competitive golf at Augusta, but of course we would all love to see a professional event there as well.

It will be interesting to see in the coming years if that happens or not.

But getting women playing there – and on TV – had to start somewhere, and it just so happened to be an amateur event.

We hear a lot about how severe the slopes are, but you don’t really see it on TV…

It’s the one thing that TV just does not do justice. On the very first hole you come off the tee and there’s a massive slope up the other side, so for your tee shot you’re actually going uphill, but you have to walk down a 20-foot decline before you go up again.

And the greens are just brutal. Your entire short game has got to be on point. You’ve got to have good imagination around the greens, as there are loads of subtle hollows and burrows. Use as much loft as possible, get as much spin on the ball as you can, and use the slopes to get it close.

Did you take a more lofted wedge, or did you just stick with what you were used to?

I tried a combination of the two. I play a lot of links golf, so that’s not my style, but a lot of the girls now are over in college in the States, so they were a little better prepared.

I was just trying to work out what were the best shots to play, and you do need that, because there are a couple of occasions where you can get it running through if the pin’s at the back and you’ve come up short. But, yes, a lot more loft is required than the types of shots I play at home. 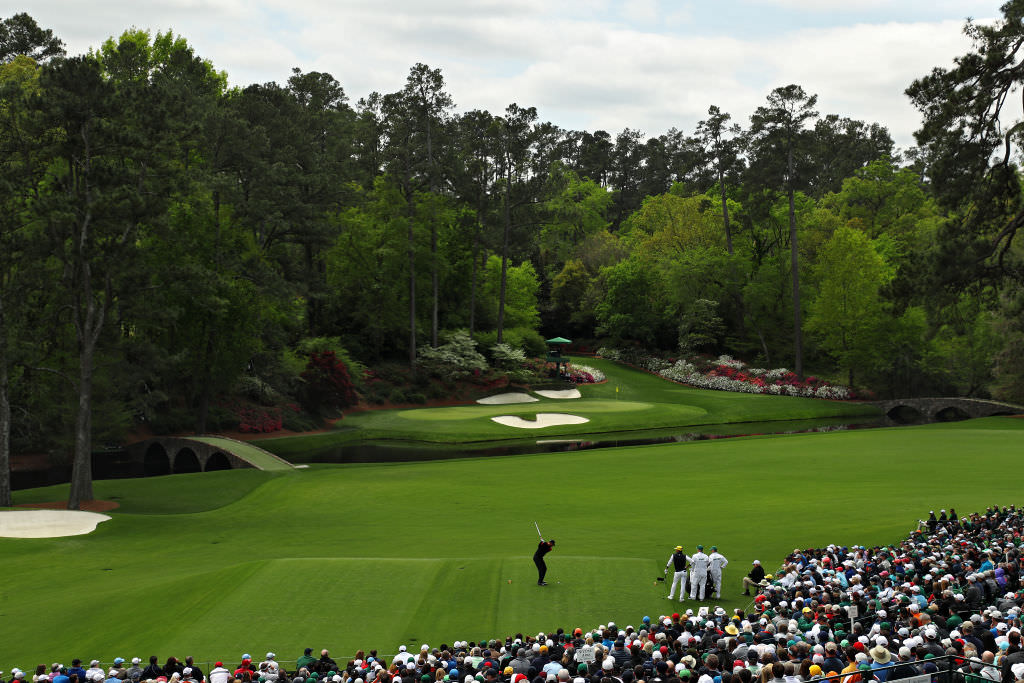 Which was your favourite hole?

The 12th. It’s one of the most iconic holes in golf – and I made a two! The men hit 50-degree wedges or, at most, a 9-iron. I was there with a 7-iron and the green looks about five feet wide between the two traps.

I played it to a Sunday pin, right in the far back right-hand corner, and you see so many balls land at the front and spin back into the water. But I managed to hit it to about four feet and canned the putt. That will stay with me forever.

Did you have a local caddie for your round?

Yes. Some people had their college coach, or a parent, or someone like that for the first two rounds. And then when you get to Augusta National itself, you have to have one of their caddies. I chose to have someone for the whole time I was there. He was really nice and really helpful. He gave me a lot of good lines and told me the best places to hit it on each green. I didn’t hear anyone say anything negative about their caddie all week.

What advice would you give to someone who is going to play Augusta?

Just enjoy it for what it is. Enjoy the experience. For some people it’s going to be a once-in-a-lifetime-opportunity, so embrace it and take it all in. And not just the golf, but everything. 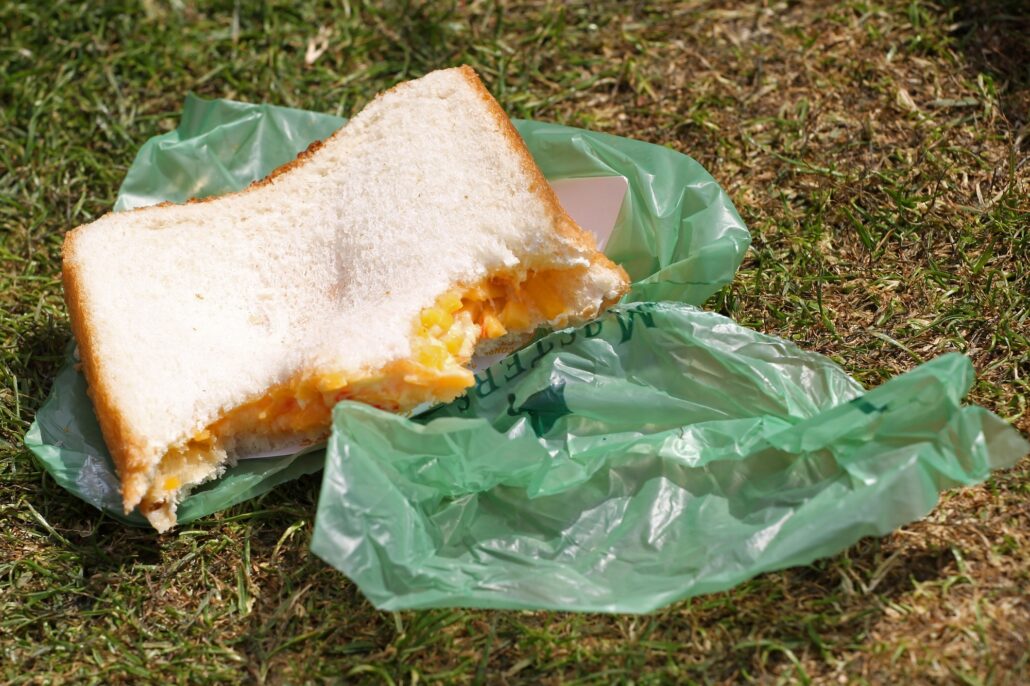 Finally – and perhaps most importantly – did you try a pimento cheese sandwich?

Yes, it was class! Whenever you’d hear people talking about it you’d just think, ‘Come on, it’s two slices of bread and some filling, how good can it be?’ But it was pretty damn beautiful.

The 2022 Augusta National Women’s Amateur takes place from March 30-April 2 and will be televised on Sky Sports in the UK.