'Plagiarism is part and parcel of golf course architecture'

David McLay Kidd's big break at Bandon Dunes started a golf resort revolution. We sat down with the Scottish architect who cracked America

The son of the head greenkeeper at Gleneagles, David McLay Kidd was steeped in the game from an early age.

But it took an intrepid and bold attitude to get him his big break in design, as he tells me in a fascinating interview…

What are your first memories of the game?

I think he was 21 when I was born and he was already the head greenkeeper. So my first memories are a bit hazy.

We were living in a house on the side of the 6th hole and my dad would come home from work, often driving a tractor that had no cab or roll cage on it – an old red Massey Ferguson with a steel seat.

I remember lots of golf paraphernalia around; old hickory shafted clubs, old drivers that my dad would be regrouping and whipping the heads.

Was there a big influence on you playing golf in your early years and where did you play most of your childhood golf?

As my father was a greenkeeper I was playing golf from a very early age.

He would come home from work at maybe 3 or 4 o’clock, we would have dinner at 5 and then in the summer it doesn’t get dark til 10.30 in Scotland so my mother would say “Take him with you!”

My dad would go off and play half a dozen holes. And I would be running around the course with a club and a ball whacking it as best I could. He’d be telling me not to run – and that’s my earliest memory.

My father then went to Kilmacolm and then Gleneagles and as I got older I progressed to a half set and playing with him, then a full set by the time I was a teenager when I was allowed to play on my own.

So I played a fair amount of golf through my childhood but I was never on a golf team or even a member. I was allowed to play because my father was the greenkeeper.

Was there a course or even an incident in your childhood-into-teenage years playing golf that left an impression on you?

As I look back the thing that made the greatest imprint on my was my father’s career.

He was a young, ambitious head greenkeeper at a time when greenkeeping was not considered an educated career.

So he and his peers – Walter Woods, Chris Kennedy, George Brown – who were in charge of the best courses in Scotland in the ’60s and ’70s were the founding fathers of the greenkeeping associations SEGA and BEGA.

I remember turning the lever on the printing machine in the ’70s to produce the monthly newsletter he wrote and then putting them in envelopes and mailing them to the head greenkeepers in Scotland.

What made you decide you wanted to be an architect and how did you go about it?

I don’t think I ever truly decided to be a golf course architect. But I loved being around the courses my father was in charge of as a kid and went to college to study horticulture.

In my intern year instead of going to a golf course to work on the maintenance crew, my father arranged for me to go work for Southern Golf Construction on a Johnny Miller signature course in Northamptonshire called Collingtree Park.

His idea, which I loved, was to broaden my horizons and let me see other parts of the golf business.

What was your first entry to the industry?

That would really be going to work for Southern Golf and especially at Collingtree Park.

While I was doing that, I realised how much fun it was to actually build golf holes, to dream things up, to respond to nature, to think about shots, to think about turf health, and drainage and maintenance, and implement all of those things into a creation and stand back and say, “Look, we created something fun and maintenance as a golf hole.”

I realised through that process that the design and the construction are completely hand in hand.

The two things are not independent. You can’t design without building and you can’t build without the design.

Has there been one lucky break that really boosted your career in the early days?

Of course there was one lucky break. And a whole bunch leading up to it really.

Working for Southern Golf in my intern year allowed me to make a lot of contacts in the construction industry, and my father’s contacts in the business also helped me greatly early in my career.

But the biggest lucky break was at Bandon Dunes. I got to meet Mike Keiser in my mid 20s and this guy wanted to build a classic Scottish Irish links in America.

So he found the most naive Scotsman he could find that was unsullied by anything else and he had just enough ideas not to screw it up.

Do you look back in horror at some fledgling work you did, or actually are you quite satisfied with your early days?

I think you probably look back not in horror but develop as a creative and see things differently – so your ideas morph and change.

So things I did even just five years ago I think differently about now.

I think maybe it is part of the Scottish DNA that we are pre-programmed for self-loathing.

I think about what I’ve done and think I could have done so much better and then I go back and think, “Hey, that’s pretty darn good.”

So there’s not too much I look back on with regret. You just see things differently later on.

What is the one piece of design work you’d still like to do?

There are lots. Locations that I haven’t worked in for a start – I’ve never built a course in the eastern seaboard of the United States for example. I’d love to work in Florida or Long Island or the Carolinas.

I almost got the chance to do a links in Northern Ireland. I’d love to do that. I’ve never done a links in Ireland, I’ve done a parkland but not a links.

In terms of genres, I’ve covered most of them. I’ve built links, parklands, and courses through forests, deserts and tropics.

Every course is unique so they are all a thrill to do. I look at each one I’m going to build to be the  very best one I could create. I expect it to be the best I’ve done.

Is there a project you were close to getting and just missed out on that you still lament?

Every architect has that story. So many. It’s a bit like leading actors saying, “I was supposed to play Han Solo in Stars Wars, I just missed out.”

I looked at Friars Head on Long Island after Tom Fazio looked at it and before Coore-Crenshaw looked at it, who were the ones who ended up building it.

I looked at the Sand Valley course that Coore-Crenshaw built before Sand Valley was touched. I did get to do the second course, so that worked out pretty good.

There’s a number of courses that you see and are being considered for, but you don’t manage to pull off.

But there are also a bunch that I got that my peers probably looked at and thought they deserved – so for every one I lost I there was one I did get, so I’m not going to bitch about any that passed me by.

Is imitation the sincerest form of flattery and do you ever spot little things you’ve done on courses elsewhere?

Plagiarism is part and parcel of golf course architecture.

You take inspiration from ourselves on courses we’ve done before.

We take inspiration from the greats of course design, whether it is Braid or Colt or Mackenzie or Ross.

And I take inspiration from looking at the work of my contemporaries and thinking, “Wow, look how they did this or that.”

Plagiarism is indeed the greatest form of flattery.

How do you deal with criticism of your work?

Beauty is in the eye of the beholder. Is someone constructive in their criticism, or are they downright nasty? It can be hard to take.

One has to be able to balance criticism against a wide array of opinions.

I play golf regularly and I love golf but sometimes I hate golf too because I want to be better at it.

I am easily frustrated – I want to be better than I am.

And because I live in Oregon with a winter where you can’t play golf, whatever skills you hone during the season by the times the next season starts you’ve lost them all – but I’m an excellent skier as a result! 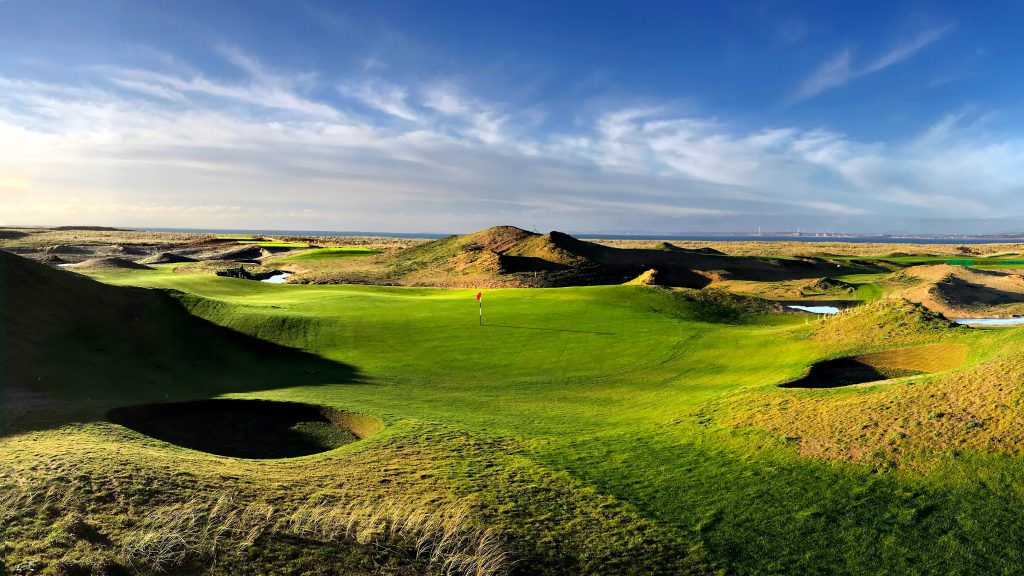 The inside story of Dumbarnie, Scotland’s new world-class links 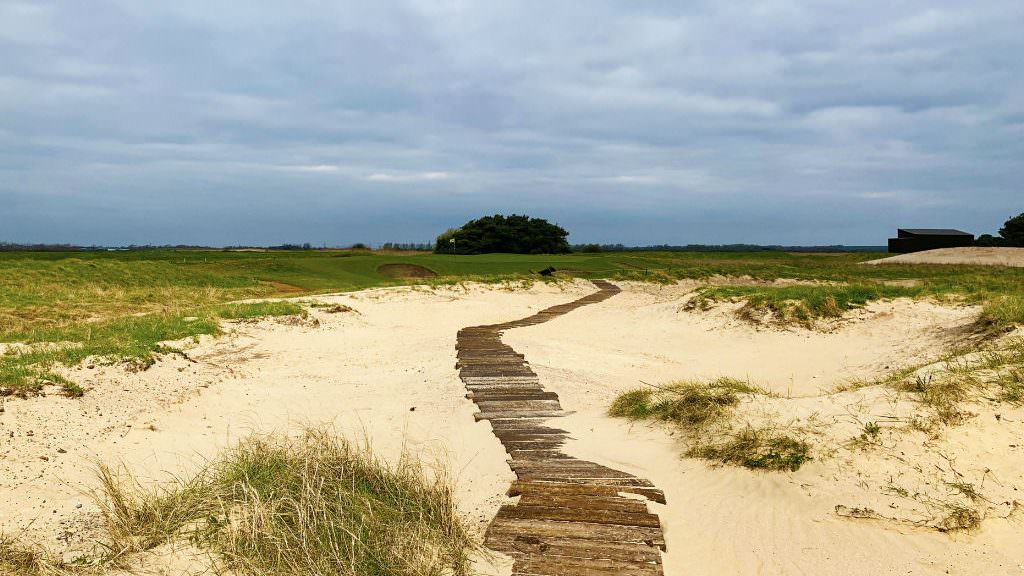 Former Open venue to get a facelift 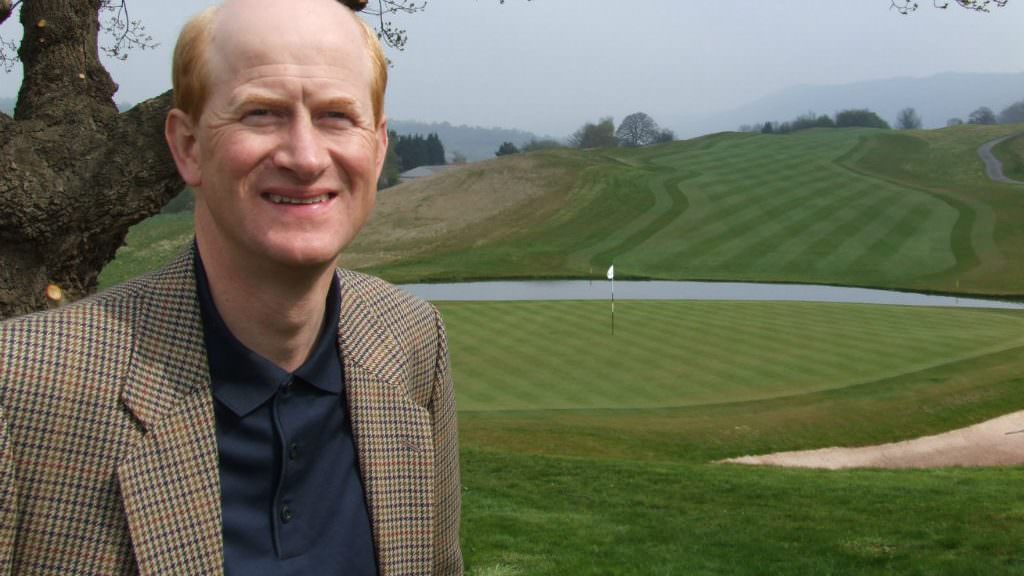 'I was two hours late – they must have been desperate!' 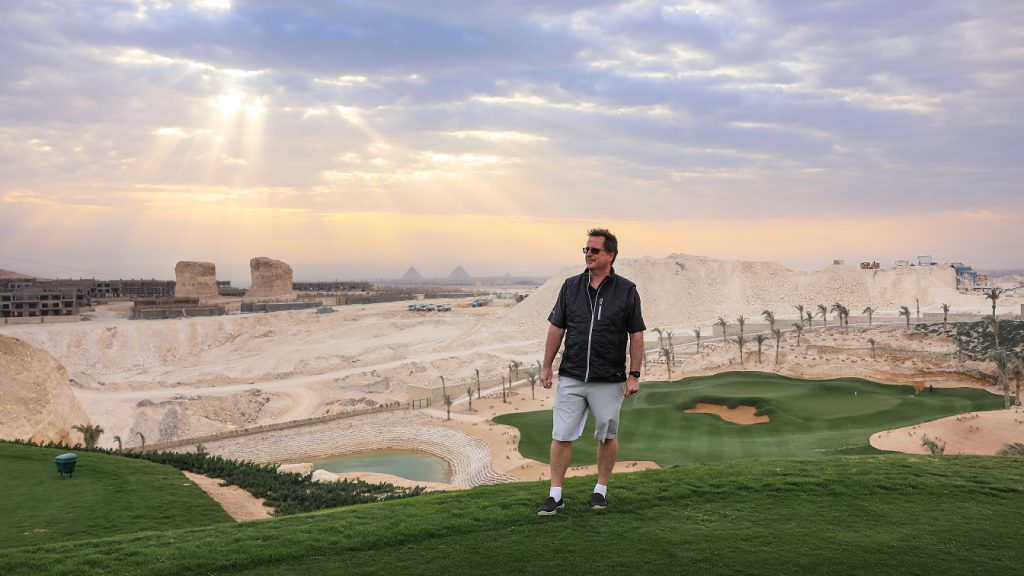 'What's my career missing? I want to design a links from scratch'