Tom Irwin headed to Messinia to take part in a star-studded Pro-Am at the newly-built Costa Navarino, and he couldn't quite believe what they have done with the land

The cradle of western civilization, the birthplace of democracy, the Olympic Games, Captain Corelli’s Mandolin, erm… Mamma Mia. But never golf. Until now.

Greece, of course, is very old, but golf has only been played at Costa Navarino since 2010 with the opening of the Dunes Course. The Bay Course quickly followed, and, in 2021, the Hills Course and the International Olympic Academy Course – both designed by two-time Masters champion Jose Maria Olazabal – were completed on a breath-taking parcel of land affording near constant views of sea and mountains. It is quite something. 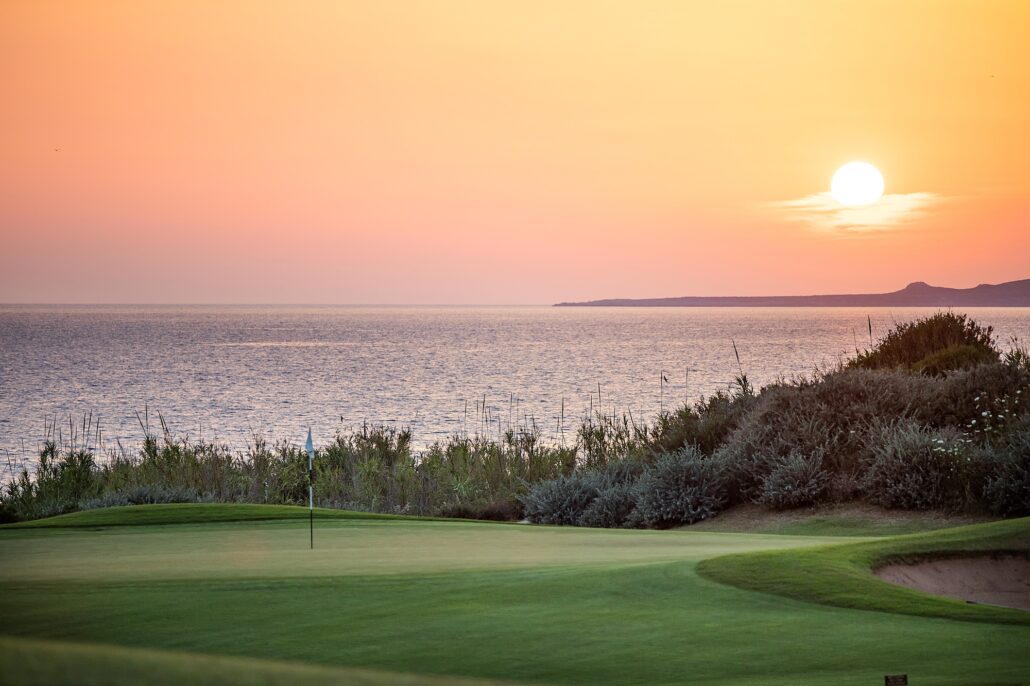 I am here for the Aegean Messinia Pro-Am, a once-a-year, big-bash event featuring pros from all over Europe, and a smattering of celebrity. I was joined by Eric Abidal, he of Barcelona and cultured left foot fame, and none other than Keith Duffy and Brian McFadden, once of Boyzone and Westlife respectfully, and now of Boyzlife. (Do you see what they did there?) The Pro-Am is played over the Dunes, Olympic Academy, and Hills courses, which means I will need to return to play the Bay Course. (Fine by me.)

The Dunes Course, a par-71 championship course designed by Bernhard Langer – they like two-time Masters champions in this part of the world – winds its way around the Westin and Romanos hotels. It is an exceptionally well put together layout with huge, wide fairways, and similarly large, undulating funky green complexes, making it playable for the average golfer and a significant challenge for the better player. 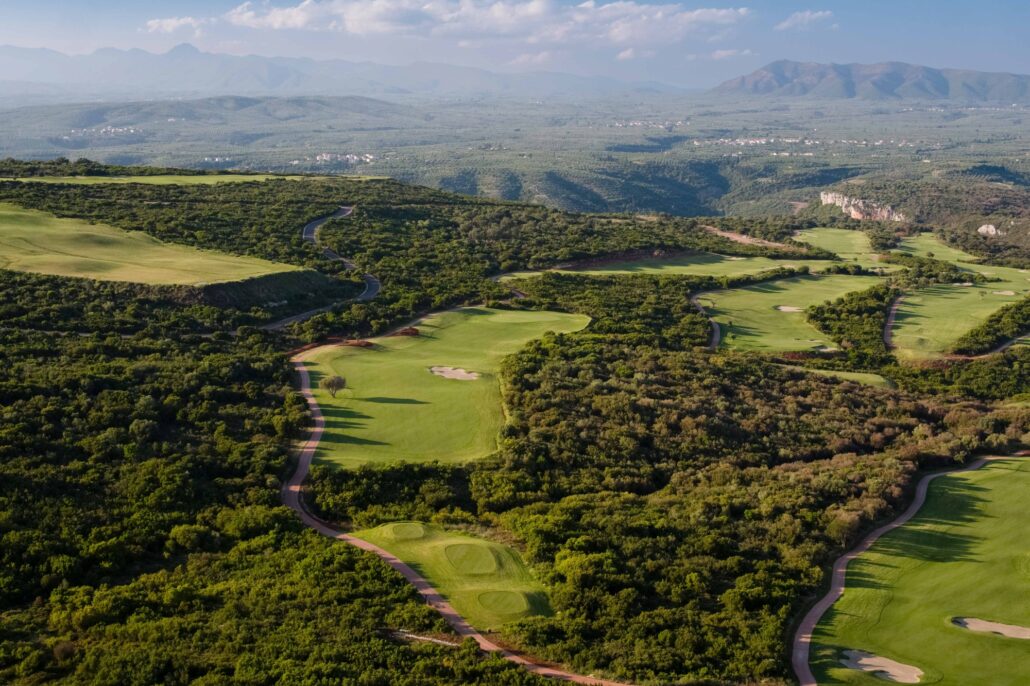 The Hills and the Olympic Academy Courses are a 20-minute transfer from my hotel – The Romanos – in Navarino Hills. It might be the most spectacular place I have ever played golf. The low profile, architectural clubhouse gives you an idea of what’s to come, with endless 360 views.

The back nine on the Hills, while a significant challenge in even the slightest breeze as it meanders between buckthorn, is one jaw-dropping vista after another. I can think of nothing quite like it.

The Olympic Academy Course, meanwhile, offers something similarly spectacular, but with views over Peloponnese mountains. World-class practice facilities, including a pitching green you will not want to leave, round off what must be the highest class new development in Europe this millennia. 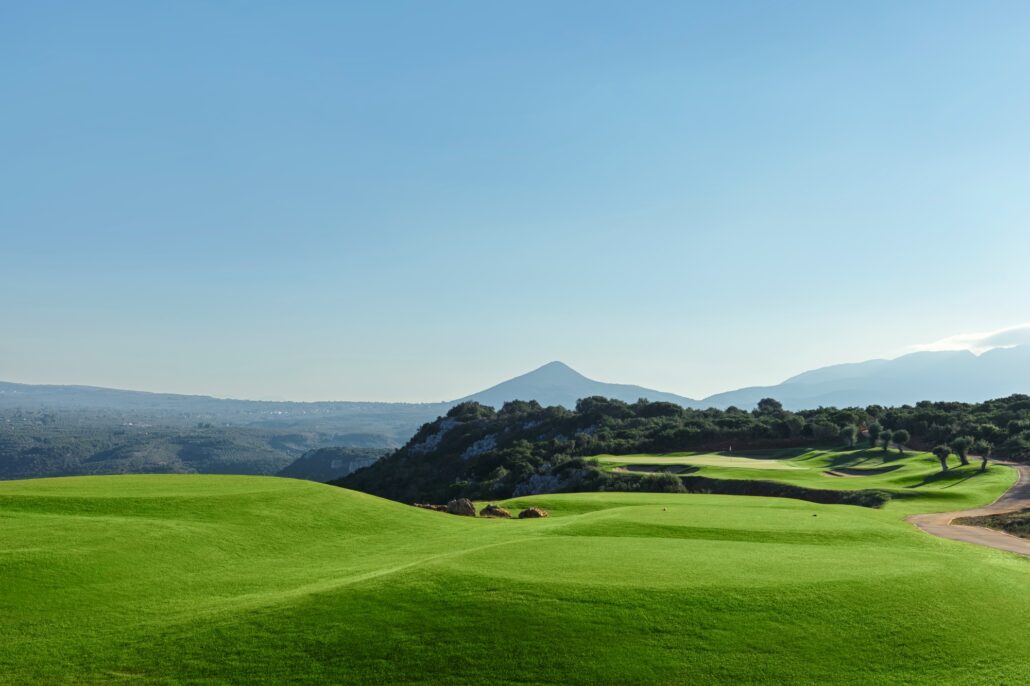 Costa Navarino is so much more than a haven for golfers, boasting three comparable but varied five-star hotels, exceptional facilities at the Anazoe Spa, countless cultural activity offerings, and a focus on sustainability principles that protect both wildlife and the natural environment, including some very shy turtles.

The family-friendly Westin has a beach-front location and is the bigger of the two original hotels with 445 rooms and suites, while the luxury Romanos has 321 rooms, suites, and villas. Each has more than 100 that come with individual infinity pools.

Excitingly, Costa Navarino now has an adult-only W, offering a laid back, cool alternative, and coming in 2023, adjacent to the Bay Course, is a brand new Mandarin Oriental. Before you start to get visions of a Antalya-like strip, this is not that at all. The hotels are low key, they fit their surroundings, you feel like you are in Greece, and there is an intimacy to your stay that is unexpected from a destination on such a scale.

There is an obvious determination to stay true to its ancient messianic roots, offering authentic Greek experiences that range from must-do cooking classes to olive harvesting, wine tasting, and theatre classes. The food throughout is incredible, fresh local produce of the very highest quality – the pick of which is Flame, where the steak and kimchi packs some serious punch!

Now back to those turtles. Perhaps what sums up the uncommon atmosphere here is that, despite this coast being a hotbed for giant turtles who come ashore in some number each evening, do not expect to be sold a trip to visit them. As is the Costa Navarino way, they are respectfully left in peace. 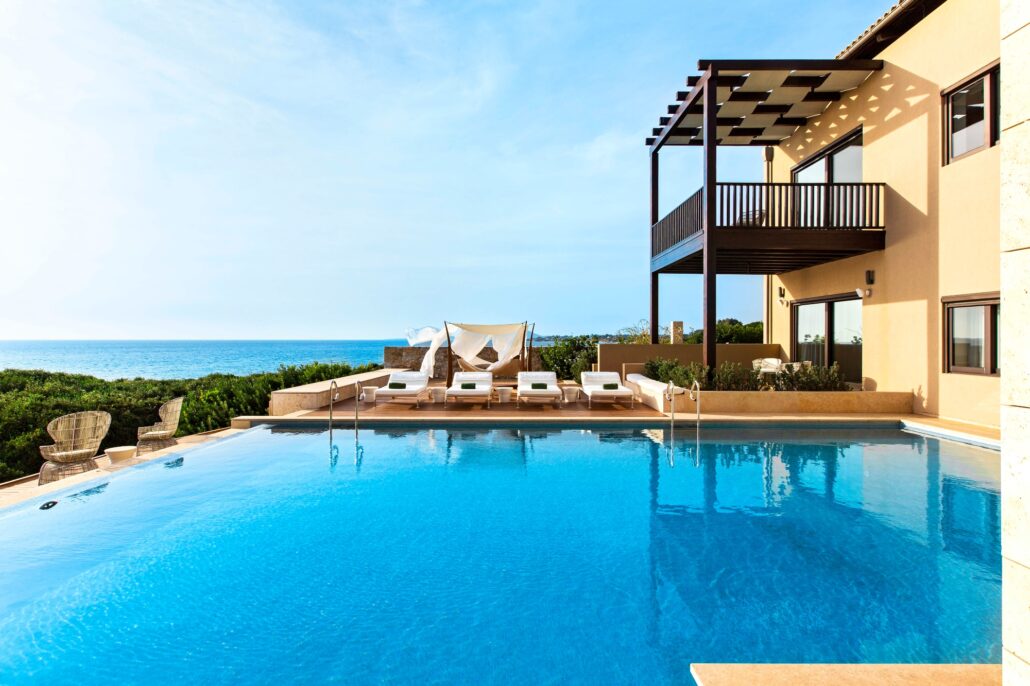 Getting to Costa Navarino

You can fly to Athens from Heathrow with Aegean, but it is a three-hour drive. You can also fly with British Airways or EasyJet to the nearer Kalamata, a 45-minute drive to Costa Navarino, from various UK airports.

I was there as part of a team in the Aegean Messinia Pro-Am, an event co-organised between Aegean and Costa Navarino and boasting 71 teams comprising of professional, amateur, and celebrity golfers from 26 countries.

The tournament builds further on the vision of Aegean’s founder Theodore Vassilakis and Costa Navarino’s founder Captain Vassilis Constantakopoulos to grow the game of golf in Greece.

Costa Navarino is the prime, sustainable destination in the Mediterranean, located in the Greek region of Messinia in the south west Peloponnese. One of the most unspoiled and breath-taking seaside Mediterranean landscapes, this area has been shaped by 4,500 years of history. Its philosophy is driven by a genuine desire to promote Messinia, while protecting and preserving its natural beauty and heritage. It comprises five distinct sites featuring five-star deluxe hotels, luxury private residences, and a total of four signature golf courses. Navarino Dunes, the first area, is home to The Romanos, a Luxury Collection Resort, and The Westin Resort Costa Navarino, as well as to the luxury private properties Costa Navarino Residences. Navarino Waterfront is home to the upscale, vibrant W Costa Navarino, while the Navarino Agora is scheduled to open in 2023. Navarino Bay is set to welcome the Mandarin Oriental, Costa Navarino in 2023.

Aegean is Greece’s largest airline and a member of Star Alliance, the world’s strongest global airline alliance. Aegean and its subsidiary Olympic Air in 2019 carried 15 million passengers, and the 2022 network covers 156 destinations – 31 domestic and 125 international – to 42 countries. The company has been honoured, for the 10th consecutive year and 11th time in the last 12 years, with the 2021 Skytrax World Airline award, as the Best Regional Airline in Europe. Aegean has recently received a four-star award from Skytrax – the Four-Star Covid-19 Arline Safety Rating – as it was certified that from the beginning of the pandemic and with the same commitment until today, is implementing the highest standards and best practices proposed by the World Health Organisation, ICAO, and IATA for the protection of passengers and crew. 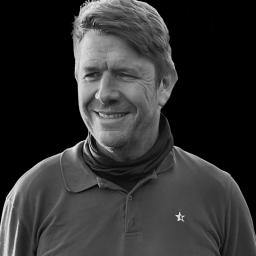