What's new? How much will they cost? And how do they perform? Hannah Holden brings you the full range of Cobra LTDx drivers

Cobra LTDx Driver review: How do they perform?

We’ve got the low down on the technology, but just how well do the new Cobra LTDx drivers perform? I’ve got my hands on all three to check out the performance and see how the different models differ.

Watch the video above to find out…

All clothing and shoes used in our videos are supplied by FootJoy. This video was filmed at Malton & Norton.

Straight away I loved the shaping of the drivers behind the ball. They sit great and all three look almost identical so you can made your model decision on performance rather than visuals.

First up I hit the Cobra LTDx model straight off the block there was some seriously impressive performance that gave me great distance for my club head speed. 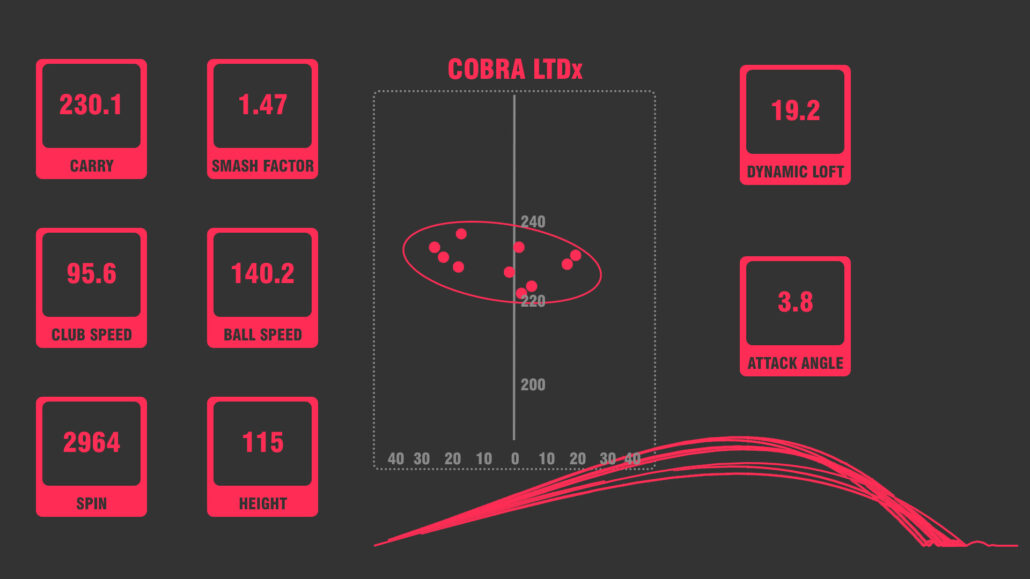 I thought I might not be able to control the Cobra LTDx LS but I was really pleasantly surprised. Yes the ball flight was slightly lower but that was probably better. The spin did drop down but probably not as much as I expected. 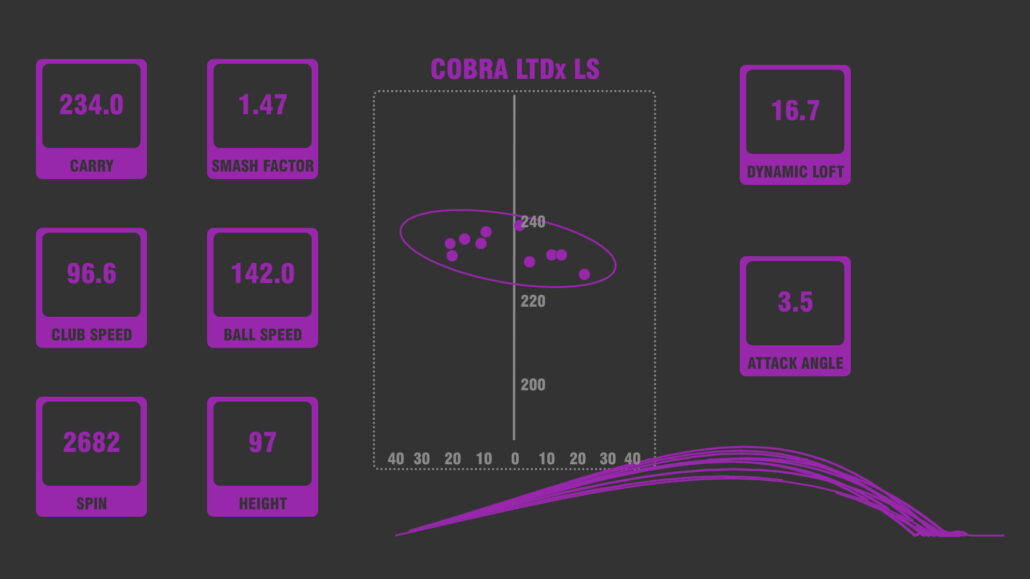 Finally the Max model can be set-up to provide maximum forgiveness or maximum draw bias. I put more weight at the back to boost performance. The ball flight was slightly more left bias but you could increase this further by swithcing the head weights and putting it in to the draw setting on the hosel. 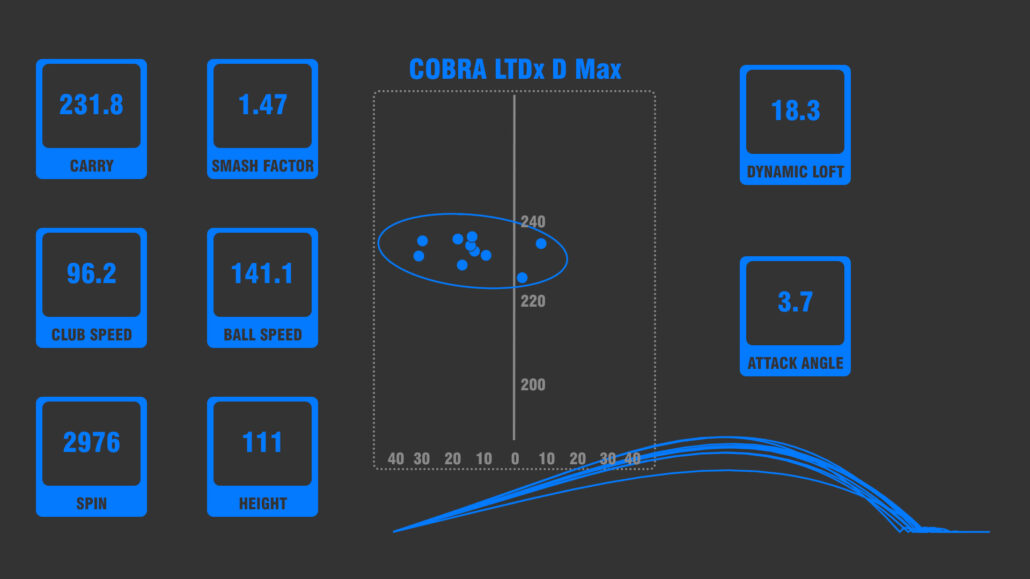 When we compare all three models there were definitely a lot more similarities than I was expecting given the differences in technology especially the different weighting systems.

The Cobra LTDx LS just snuck out as the longest but only by two yards, it also gave me my longest shot of the test up at 240 yards.

More notable differences definitely came when we looked at the height with the LS launching much lower than the other two models. It also had 300rpm less spin on average than the LTDx and LTDx Max. 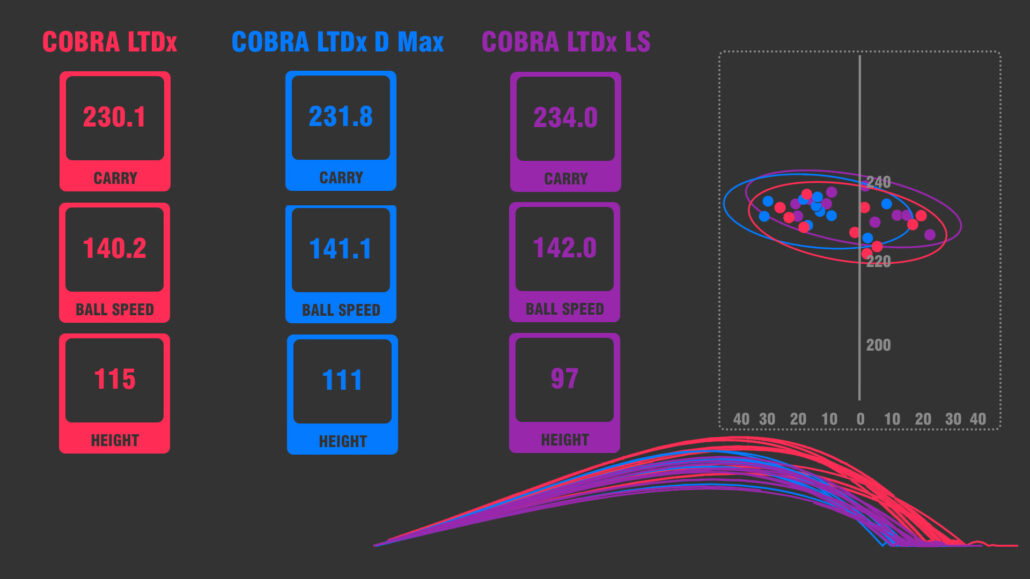 More in the Cobra LTDx range 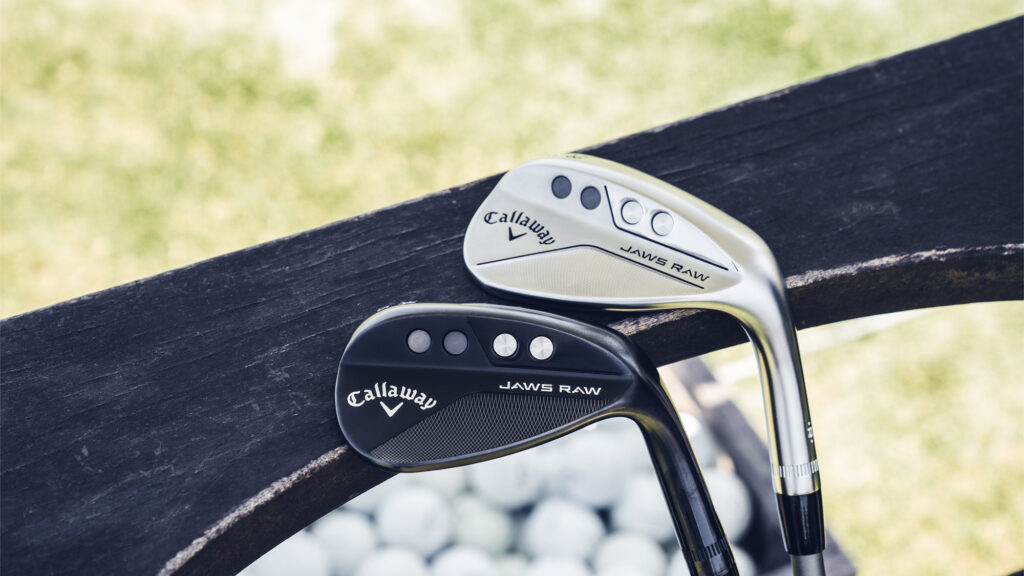 Callaway Jaws are back and this time they're Raw