What did a club golfer shoot on a European Tour course set-up?

Take one mid-handicapper and send him off the back tees following a European Tour event with the Sunday pins. What happened to our club golf editor? Prepare to get out your calculators…

The PGA Tour used to have a slogan that went ‘These guys are good’. It was a bit flippant, but it was designed to reinforce a point.

When the big boys play, the putts always drop. The fairways are always found. They can do the things you can’t.

Of course, marketing and reality are two different things. But at the start of this week, an interesting opportunity presented itself.

The day after Calum Hill swept round London Golf Club in -16 to win his first European Tour title at the Cazoo Classic, yours truly was stood on the first tee at the Kent venue looking to emulate the Scotsman’s final round 67.

In the interests of science (the things I do for you), I eschewed the yellow tees (6,333 yards) and kept going past the white tees (6,771 yards) to play the Heritage course as the European Tour intended. All 7,327 yards of it.

My WHS index is 8.0, my course handicap was 10, and everything was as it had been on Sunday afternoon: length, rough, green speeds, flags – the lot.

So how did I get on? How different would it be to my regular course? If you’re carrying on, reader discretion is probably advised. And come wielding your calculators… 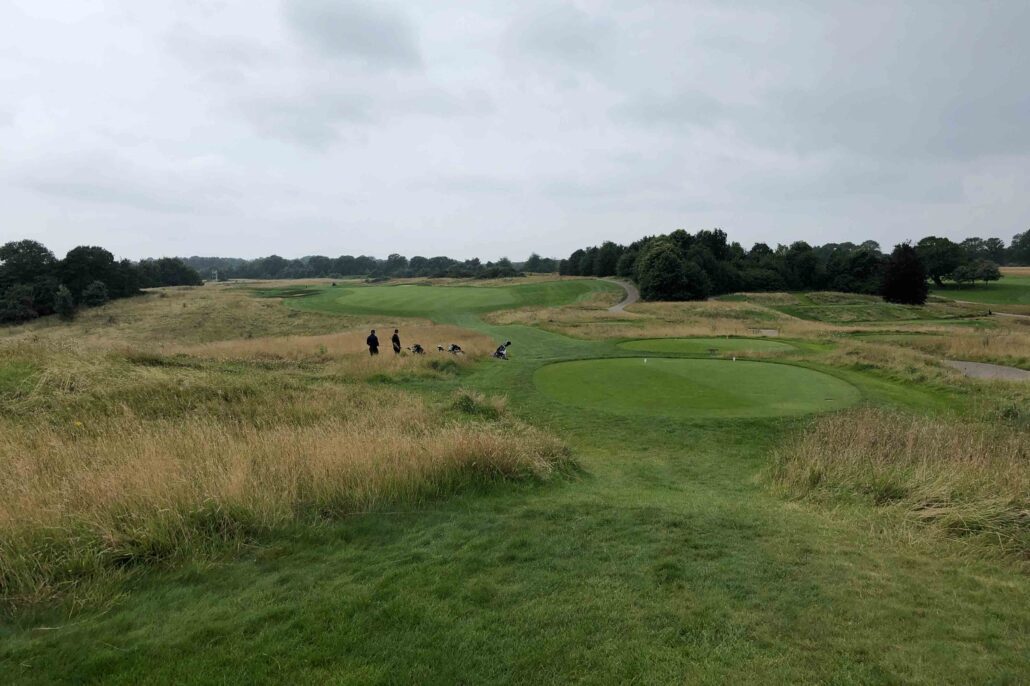 There was a fair chunk of adrenalin in my opening drive and it found the fairway – nestling down the left side at 248 yards. Hardly tour standard, but I had an 8-iron in and found the green.

When the second did tee shot the same, and I got up and down for par, I was starting to wonder what all the fuss was about.

It wore me down. The constant trooping back, my playing partners (sensibly taking on the whites) like matchstick figures in the distance, and the realisation that even if I hit it out of the screws I was probably reaching for a hybrid if I wanted to think about hitting the green.

You’ll understand, when we get on to rough, why that was an awful strategy but even with some of the wider landing areas the sight from the tips looked formidable.

Some of the carries to reach the fairway took some mighty swings. I’m not the biggest hitter, I’ll admit, but by the end I was exhausted. 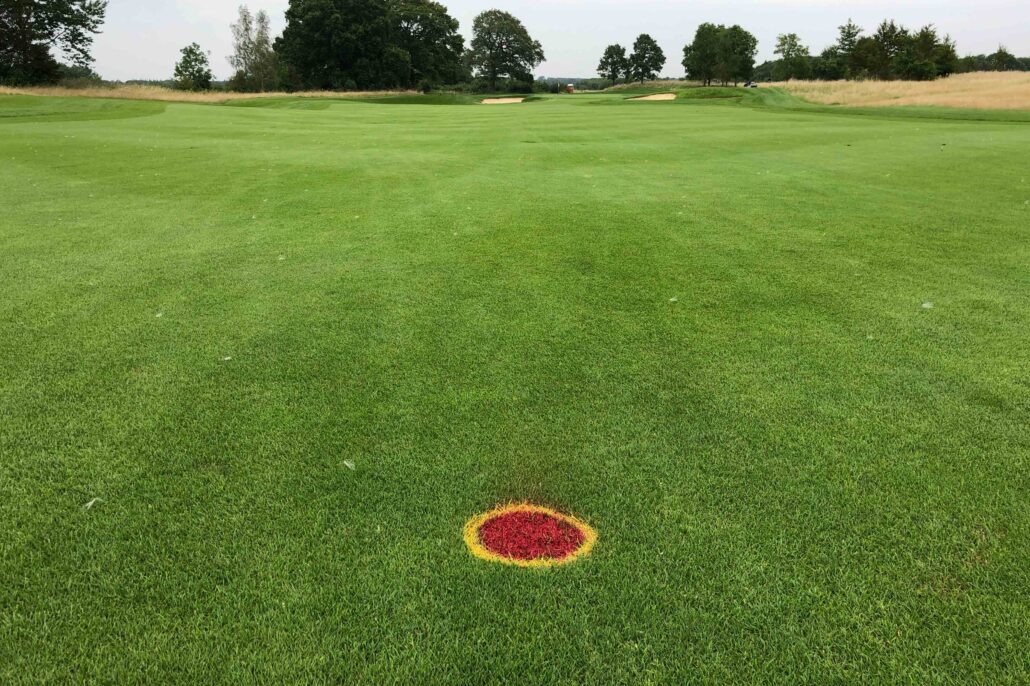 They were lush, gorgeous, carpet-like and surprisingly-quick – as I found out to my cost on the 13th hole. I thought my 3-wood would comfortably finish up before the 249 yard run out to a penalty area only to watch in horror as it bounded on irrecoverably into the water. No excuses here, though, the surfaces were stellar. 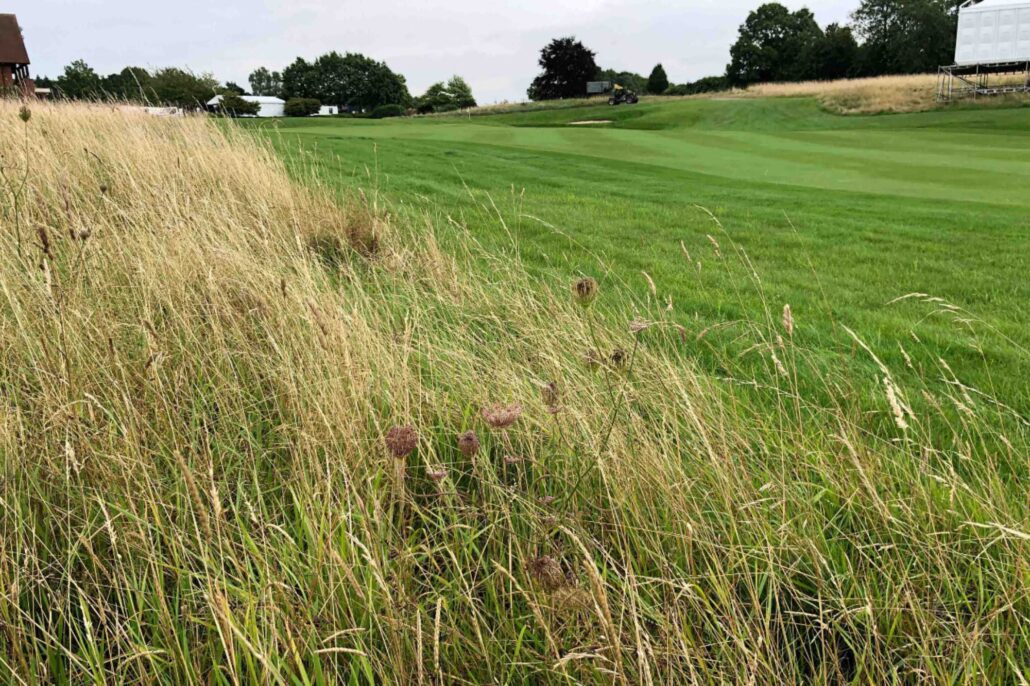 It’s a good job they had spotters during the Cazoo Classic. We gave up looking after about two holes of trudging round the thickest fescue. Anything that looked like going into the heavy stuff was dead. Just hit another one.

Don’t think that was a worthy punishment for hitting it off the planet, though. Some of those knee-high terrors were found not too far from the promised land of the fairway. A little too much curve, with a shot that hit the wind, meant a penalty shot.

And it wasn’t just in the thickets where danger lay. As a club golfer, the first cut is a mild inconvenience at most of the courses I play. It might be sat down a little, if you’re unlucky, but you can still get at it and advance it.

Dense was how I’d describe what I found on the Heritage. The ball had a nasty habit of diving in there and playing hide-and-seek. More often than not, it was buried.

Try to get some club head speed going through that tangled weave. I dare you. My 7-irons were swan diving out of the air. A club that comfortably goes 160 was barely getting past 115.

I missed two fairways – the 10th and 12th – by less than a yard. It was not a comfortable experience from there. 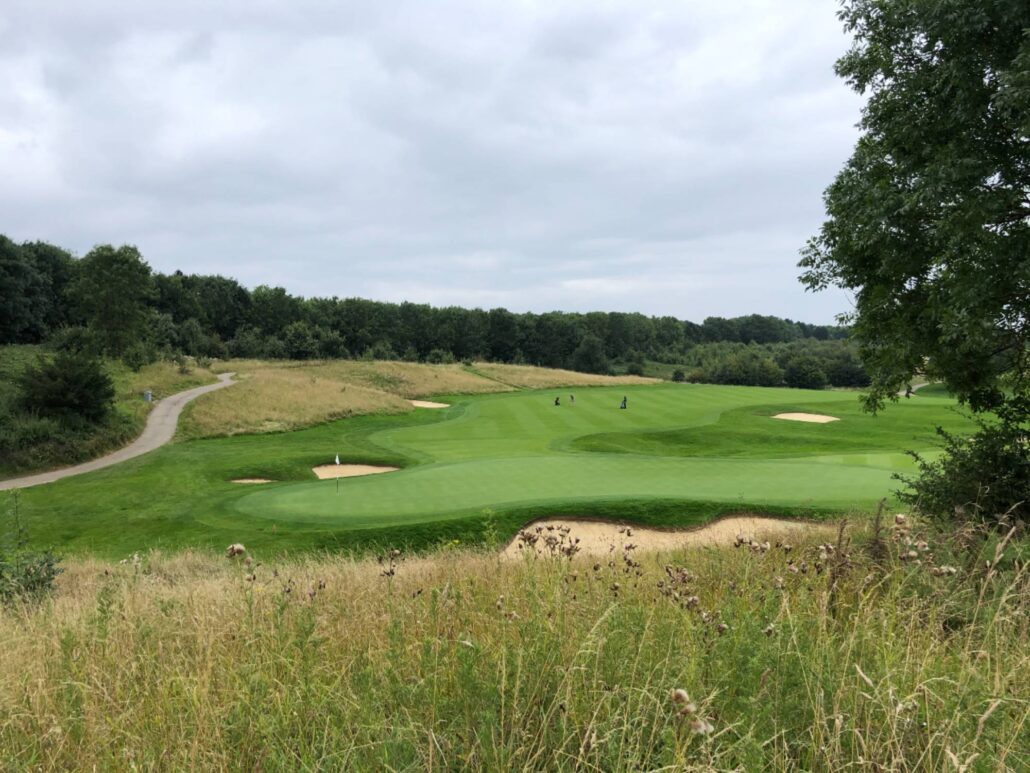 There’s a myth that pro golf is all glass-like greens that are in danger of breaking the Stimpmeter. If you breathe too heavily it’s gone, right? Were they fast? Absolutely, but I’ve probably played club championships with quicker putting surfaces.

I found the pace pretty speedily, if you’ll allow me the pun, and Arccos tells me I was +1.0 strokes gained putting overall compared to a 10 handicapper. My long putting, from 25-50 feet, was particularly good (+1.3 SG).

Where green speed did become an issue was on approach shots, and particularly those 30 to 50 yard pitches from the semi rough. They’d hit the front of the green, without any check, and just keep on going.

Condition, roll, surface? Beautiful. Stick it on a line and it stayed there. The European Tour professionals don’t know they’re born.

Tucked behind water, slipped in perilously close to bunkers, the pins were in every fiendish point you could imagine. There was a trophy on the line, after all. But after chasing one flag too tantalisingly close to the pond on the 3rd (and coming away with a treble), I embarked on a deliberate strategy of avoiding flags. But did it work?

This is what you’re really here for, right? To wallow merrily in my misery. Can I get my excuses in first? I didn’t quite have my best stuff and some poor swings were exacerbated by mounting pressure building around length and hazards. I also made a couple of dumb mistakes – like taking on that flag on a 194-yard short hole and going for a long club on a short par-4 that was an easy iron lay-up. There were six extra strokes right there.

I had more pars than lost balls (just, the spread was 5 to 4) and I scraped myself off the 18th with a 94 and elevated respect for the best the business. They really are good.

Have you tested your skills on a European Tour set-up? How did you get on? Let me know in the comments, or tweet me. 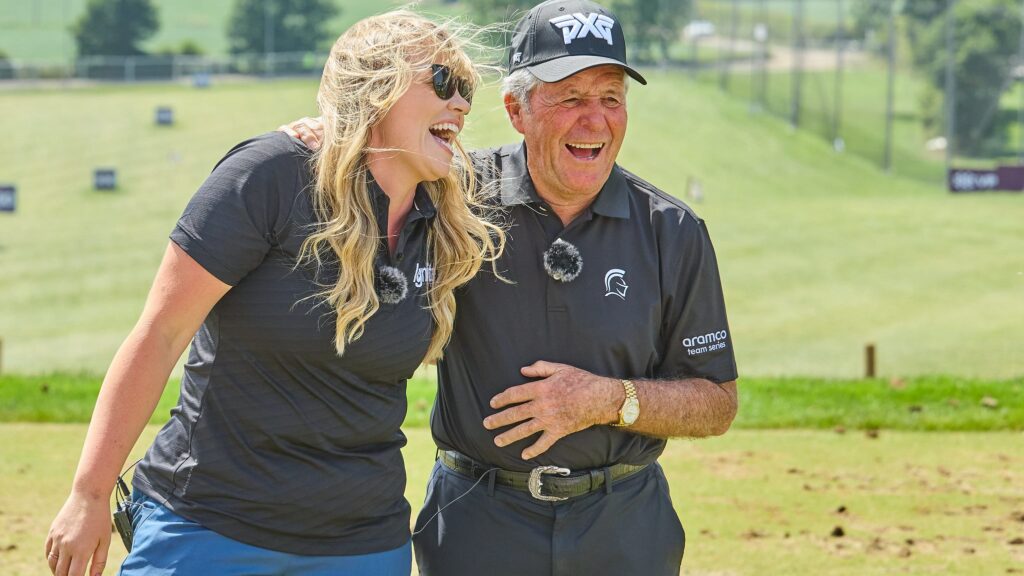