As important to the after round enjoyment of the libation itself is the ambience of the 19th hole and Trevose exceeds on every level.

So unique, it and “Bullshit Corner” have been immortalised in a song – Back to Trevose – by long-time devotees and talented brother musicians Paul and the late Mike Dobie.

To start, you’d be hard pressed to – during daylight) – find a more stunning view from a clubhouse 19th hole than this one out across the course to Booby’s Bay and Trevose Head through the expansive bay windows. Better yet, enjoy the view from a seat on the terrace or practice your putting while sipping a tibble.

Coat and tie are not required, in fact a comfortable pair of your favourite denim is preferred most evenings post round. This 19th hole is all about the friendships that deepen after a few rounds at the bar and being comfortable to foster those memories. And the well-appointed self-catering accommodations make it easy to wander to bed after closing your tab. 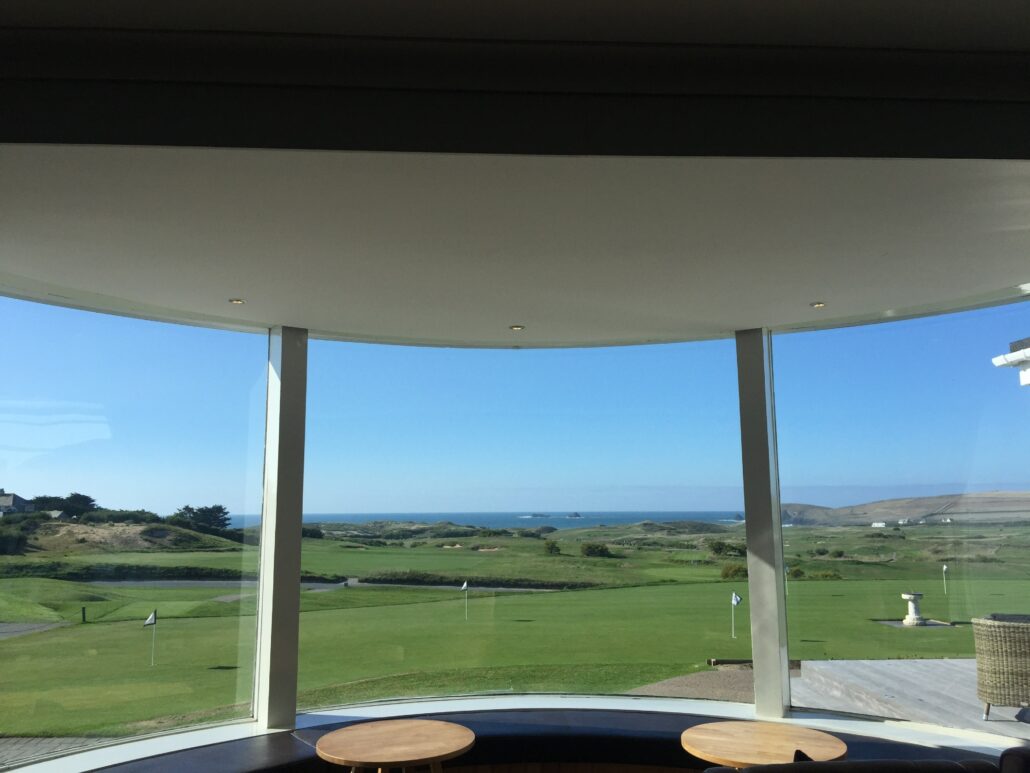 Along with pints of Cornish Tribute, cocktails are mainly served in what could be accurately described as fishbowls with the G&T Sundowner being a club mainstay.

According to Nick Gammon, managing director, exact proportions are strictly on a need-to-know basis but the intoxicating mixture of Tanqueray Seville Orange Gin and Fever Tree tonic never fails to insure a great evening long after the actual sun sets.

My preferred poison is Pimm’s and the glass holds not only a very ample pour of spirit but also, enough fruit as to be considered a healthy salad – a genuine two-for.

Trevose has been in the Gammon family since the 1930s and the relaxed jovial atmosphere is due to the late Patriarch Peter Gammon, or ‘PG’ to his many friends.  PG had a magical impish twinkle in his eye and was always up for a good time on and off the course.

He hated slow play on the course and there was once an infamous sign that used to adorn the first tee that stated: “Please get a move on so other players may enjoy their round. Three hours is TOO SLOW (offenders will be warned off).” I think it was as much to add enjoyment to the round, as it was to not impede him getting to the 19th hole and his world famous Champagne Cocktail. 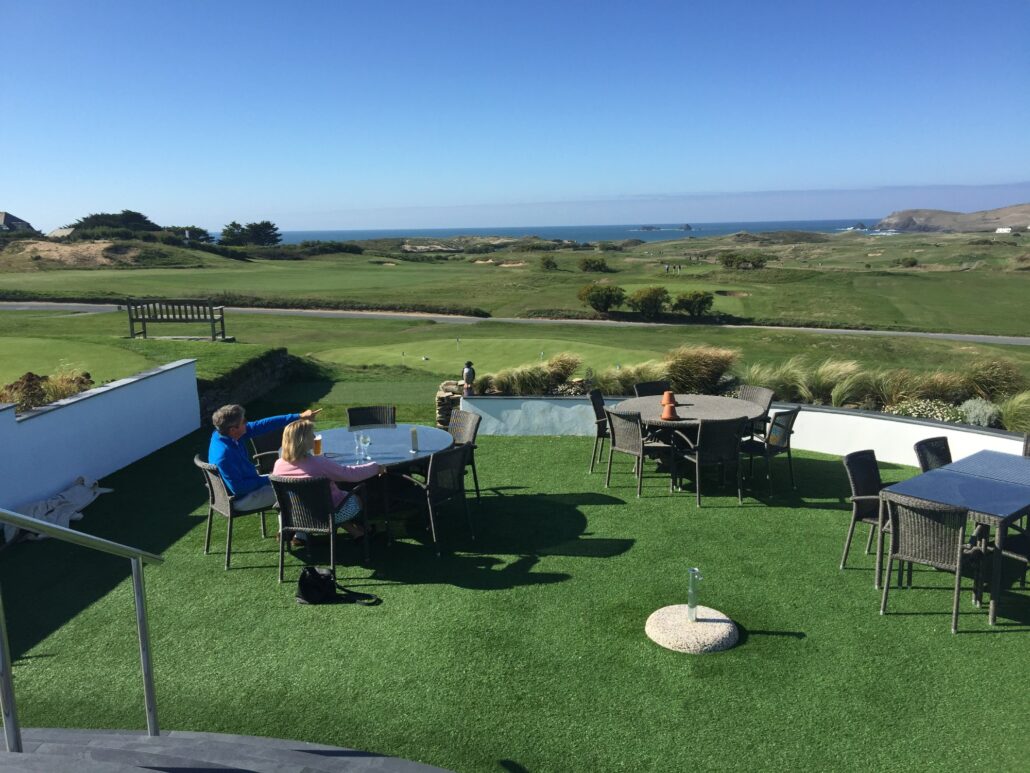 His seat at the bar is marked overheard by the infamous ‘Bullshit Corner’ plaque where he held court from his barstool over the telling of some of the most outrageous – and mostly true – stories covering seven decades of the sport and his numerous friends who were everyone who was anyone in it.

I first encountered the 19th hole at Trevose and the charming PG way back in 1995 when I was shepherding a group of American golf writers across Cornwall and Devon. It was a magical evening of laughs and stories and being very young, and broke, I sadly didn’t take him up on his generous offer to join as an overseas member at only £66, less than my dinner tab at Rick Stein’s that night – even in those days. It remains one of my only serious regrets in golf as to have missed years of fun.

Never forgetting the infamous PG or the craic at Trevose, years later I became good friends with his sons Nick and Billy Gammon through my golf involvement here in the UK and was thrilled to be reacquainted with PG and Bullshit Corner once again.

Sadly PG passed away in 2019 and had a fabulous going away memorial party during their hosting of the Farmfoods European Legends Links Championship, exactly as he would have envisioned it.  His spirit lives on though all aspects of Trevose, but especially in his favourite spot in the 19th hole.

Originally a Harry Colt design, it once had a reputation as a “holiday” course, but after a serious tune-up by the stellar team of Mackenzie and Ebert the course has returned to its deserved championship reputation. Especially on a breezy day – I’ve played it in 60-mile-an-hour winds – you will definitely earn your post-round drink.

The bar at Trevose is always a welcoming watering hole. There is a large local and country membership that have been making the journey for years and, in many cases, generations.  Even for first time visiting golfers you are treated more as part of the family than an interloper.

There are numerous open competitions throughout the year but two of the best times to experience Trevose’s hospitality are during the annual Mayfest or International Pairs competition in October.

The Gammons and team look forward to seeing you and hearing your best yarns at Bullshit Corner soon.

Dove Jones is an American whose heart lives on the links of Great Britain and Ireland. She has been involved in international golf for over two decades and a member of National Club Golfer’s Top 100s course ranking panels.