Callaway Paradym: Everything you need to know!

What's new? How much does it cost? And how does it perform? Hannah Holden brings you the low down on the new Callaway Paradym range

It’s January, which in my world means one thing and one thing only: new golf equipment.

This year it is Callaway making the plunge first, unveiling an expansive range of new products, all under the new Callaway Paradym family name.

The name comes from the word ‘Paradigm’ which has a few meanings. Callaway’s take is “a set of ideas or way of looking at something” a name that signifies thinking outside the box.

For most of us who are used to Epics and Rogues, Paradym signals a change, and a sign we are about to get something different.

The initial visuals of the Callaway Paradym drivers certainly don’t disappoint. I think this is the best looking Callaway driver ever. 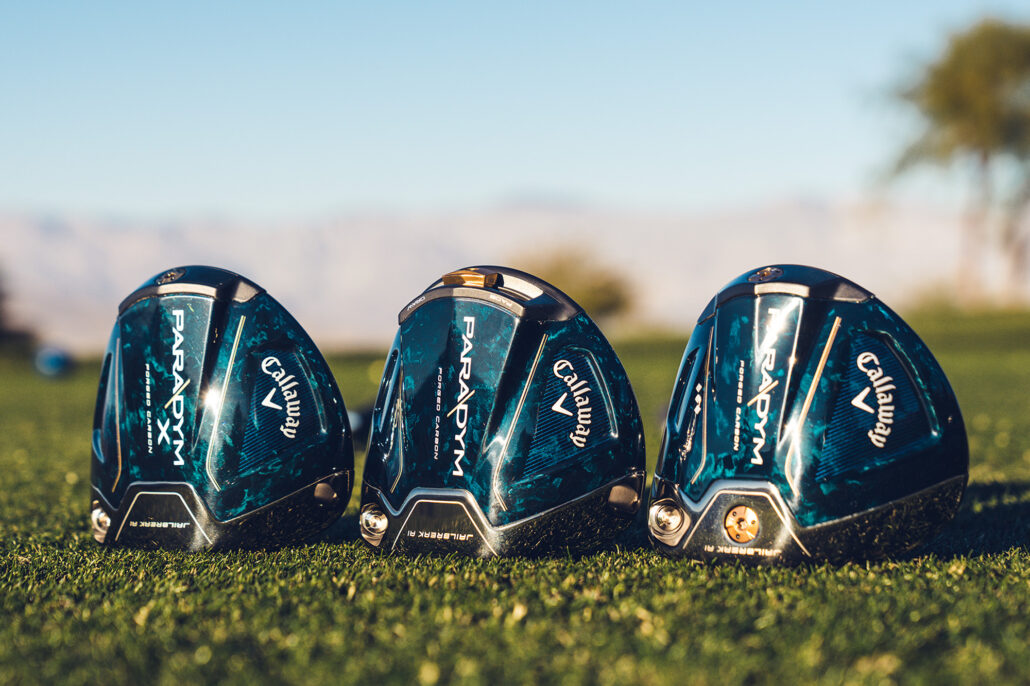 Let’s face it, it’s the club we all get the most excited about so it makes sense this is the club that has had the biggest overhaul.

Callaway have actually refined their driver line-up for 2023 and are offering three different models in the Paradym range. As these are all part of the same family, a few big technology stories run across each model. Let’s dive into them…

In an industry first move, Callaway has made the whole main body of their driver from carbon. That means the sole, heel, toe, and crown are now all made from carbon. 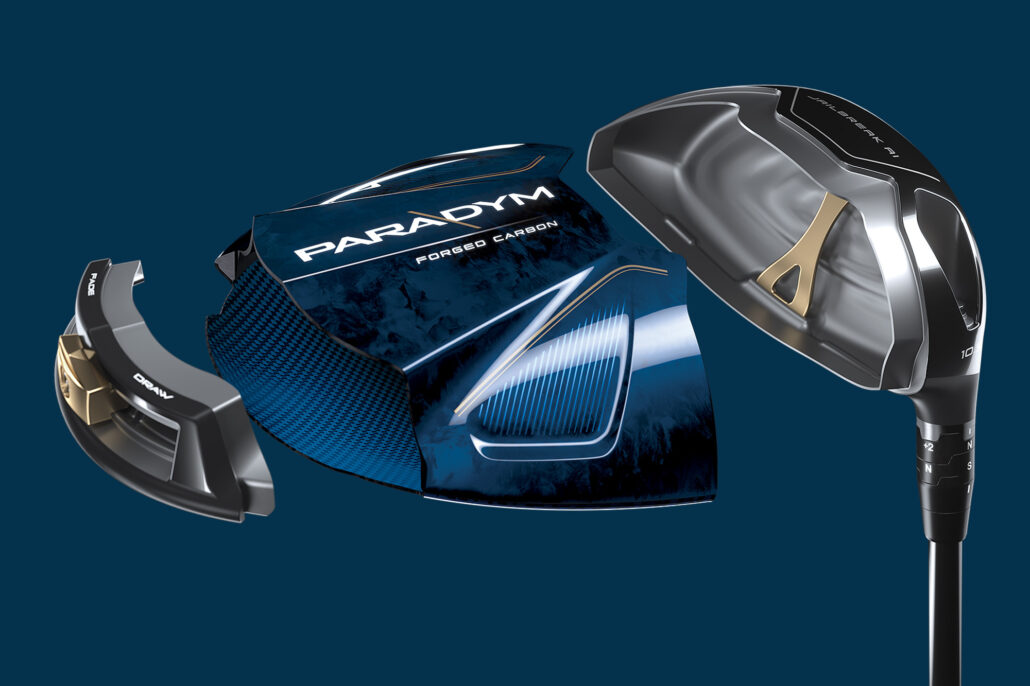 This might seem like a simple change but creating this complex shape out of carbon was an extremely difficult feat. Callaway had to use different types of carbon on the crown and the sole to get this structure to work.

The crown is triaxial carbon which features continuous fibres and is very similar to carbon used on crowns in the past.

The sole is forged carbon, which is made completely differently. It is chopped fibres that are forged into shape, which allowed the more complex curved sole shape to be created and also allowed Callaway to control the carbon thickness more precisely.

This technology also creates a really cool textured pattern on the sole of the driver that ends up being unique in each club head as the pattern is randomised during the forging process.

So why is all this carbon so important?

Because it is light, carbon is a third of the weight of titanium. The 360° carbon chassis is 20 grams lighter than the body we saw in the previous Rogue ST models, which means Callaway suddenly has a serious amount of weight to play with and add back into the most optimal areas for speed and forgiveness.

This extra weight has been moved forward towards the club face to enhance the ball speed technologies but also to the back of the club head to drive up MOI and forgiveness and also offer more adjustability in a weight track.

Callaway’s AI technology isn’t going anywhere, and this year it is more advanced than ever before. Each club face on every driver is now optimised to enhance speed, launch, spin and downrange dispersion. The AI club face designs are then integrated into the forged titanium face.

Given the big carbon story from the main chassis of the club, you may wonder why the club face isn’t made from carbon. The reason ties straight back into the AI research. In order to get the most optimal spin, speed, launch and dispersion across the club face, Callaway found the back of the club face needed to be textured to provide optimal performance. It is very difficult to create this variable face thickness in carbon.

Jailbreak has been used in Callaway drivers for quite a few years now. The bars connect the top and bottom of the club head together, just behind the club face, to add more horizontally and torsionally stability.

Due to AI feedback, this latest iteration has more of a wishbone shape than previous generations. It is 33% lighter so weight can be used elsewhere but still delivers enhanced stability for faster ball speeds. 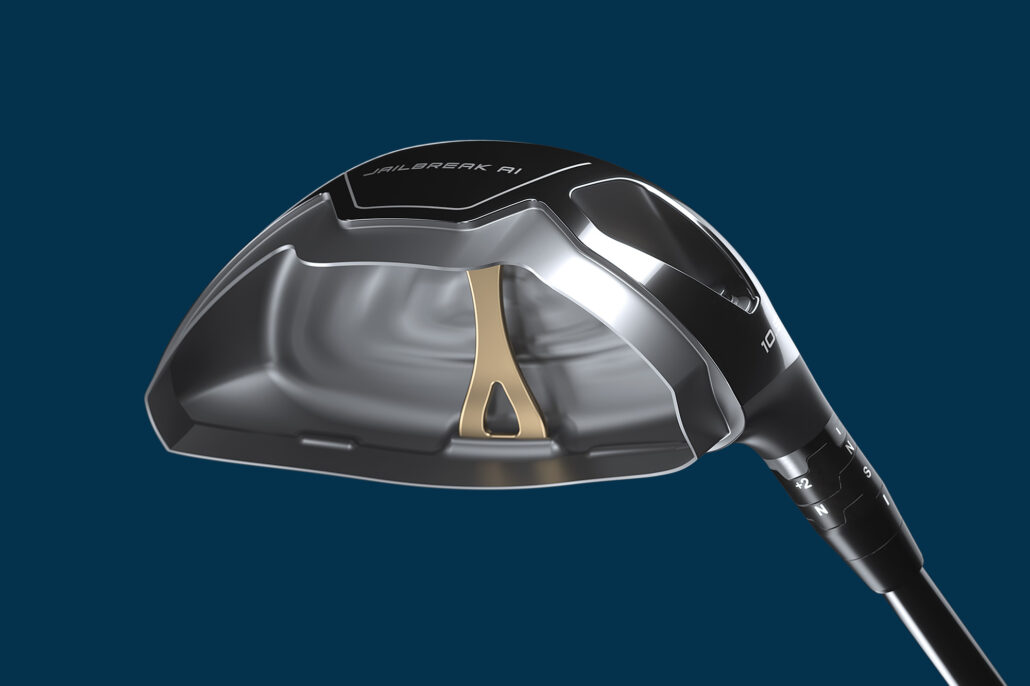 The Paradym is the main driver model that will suit most golfers. I really like the fact it has a smaller more refined shaping than last years Rogue ST Max model but still has high MOI for added forgiveness.

This model features a 15-gram sliding weight on the back of the club head which can provide 12 yards of shot shape correction. Generally, when you add a weight track you lose MOI, but because the main carbon chassis is so light, this model still has over 9,000 MOI.

Of the three models available, this offers the best combination of distance, forgiveness, and adjustability.

Over the ball, this has a more stretched-out profile which is more confidence-inspiring for higher handicap golfers. It is built to launch the ball high and provide lots of MOI due to an extra 5 gram of weight in the back of the club head.

Of the three models available, this offers the most extreme forgiveness and the most draw bias.

This is the most compact model in the range, with a 450cc head design. The triple diamond line originally started as a tour only model so this really is aimed at the better player who wants to be able to work the golf ball.

The sole features a 14-gram weight which can be positioned front or back to change spin and workability levels.

Of the three models available, this should be the lowest spinning, lowest launching and have the most neutral ball flight.

Again the key story here is a new construction. A forged carbon sole plate allows for a serious amount of weight redistribution allowing for more distance and MOI. 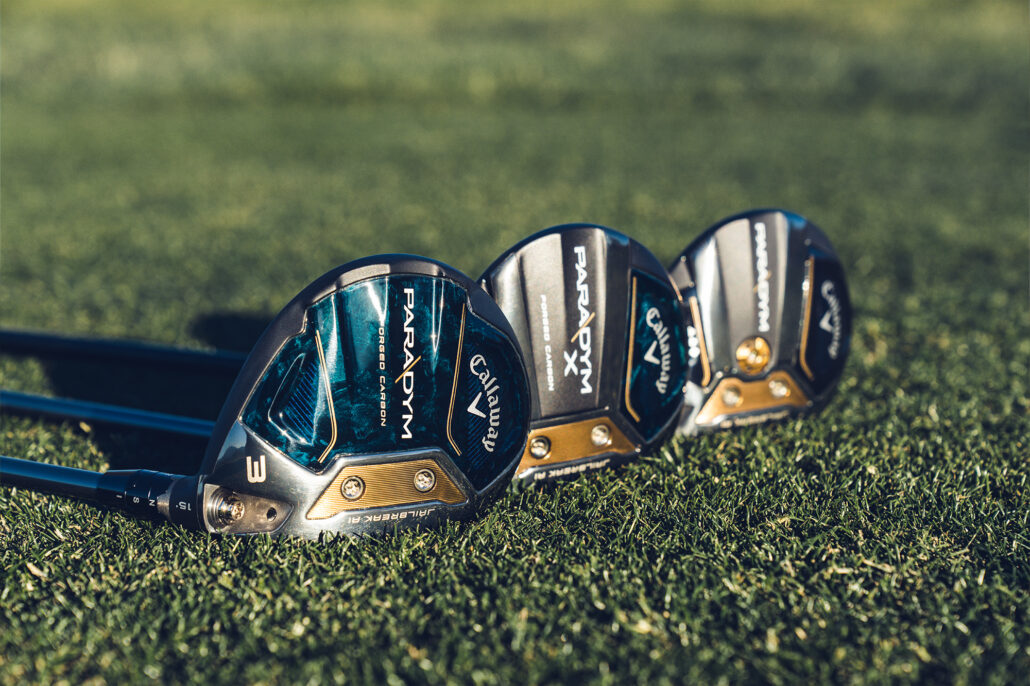 Instead of regular Jailbreak, the Paradym fairway woods use a Jailbreak Batwing structure which includes structures in the heel and toe which stiffen the perimeter of the club head and allow the face to flex more, generating higher ball speeds. 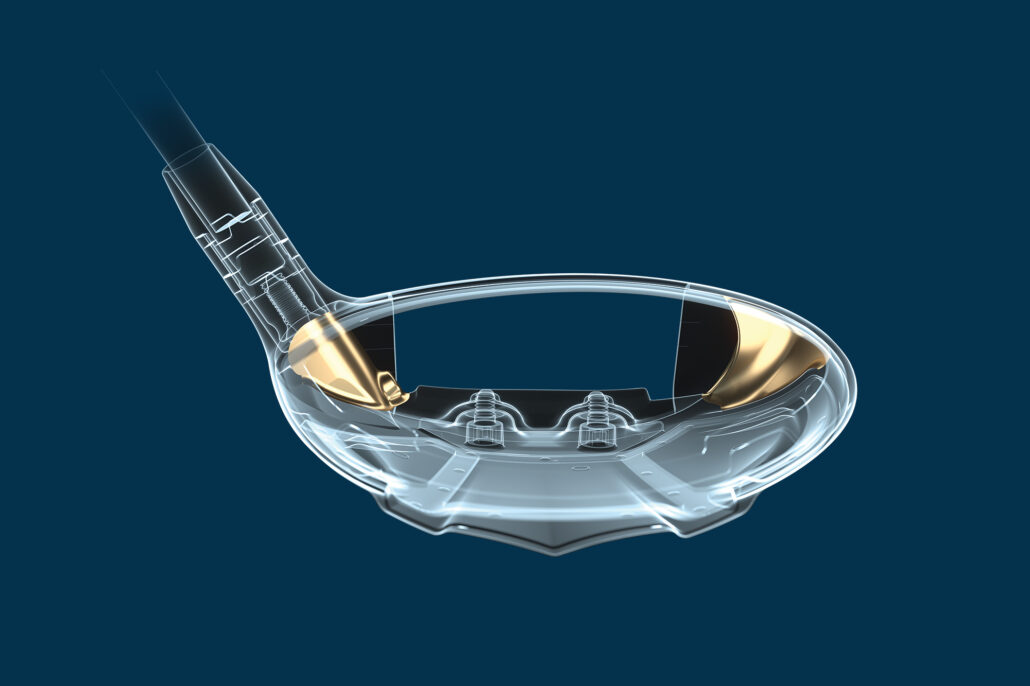 Each fairway wood model and loft has its own uniquely designed club face optimised to get the best speed, launch and spin for that club.

Each model features between 21 and 25 grams of high-density tungsten in the bottom of the club head to help lower the centre of gravity and it forward to create optimal spin and launch.

Of the three models available, this is the model that will suit the widest range of golfers. It is high launching with a neutral ball flight.

The Paradym X Fairway wood features a forged carbon toe panel and is more upright than other models to help promote a draw bias ball flight.

Of the three models available, this is the most forgiving, highest launching with a slight draw bias. 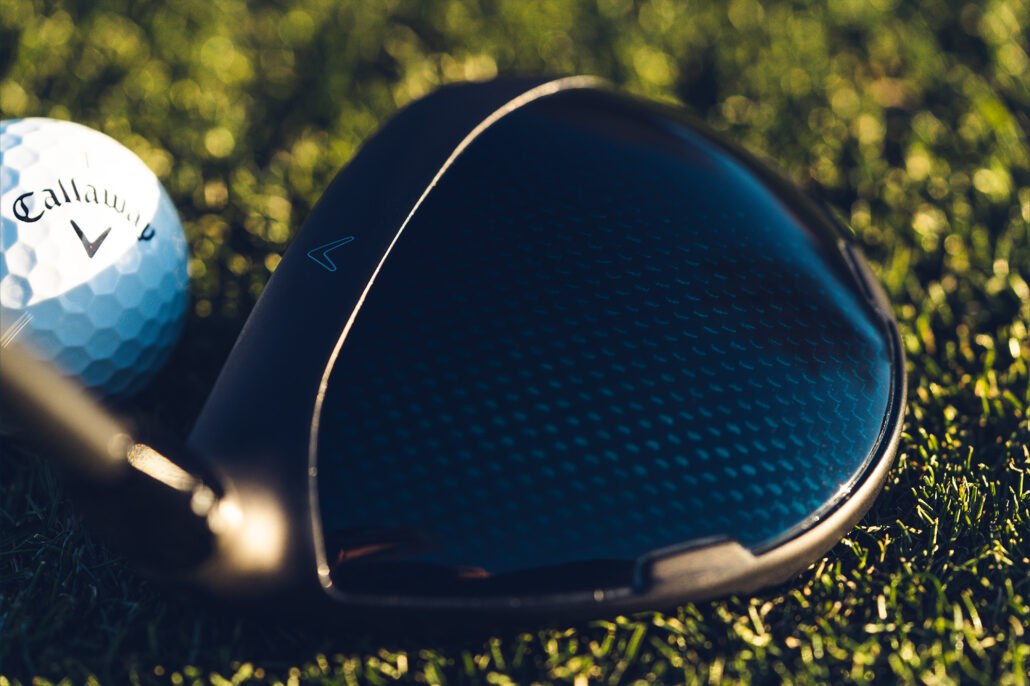 The Triple Diamond model has a deeper face and a more compact head shaping than the rest of the Paradym range. It has a triaxial carbon crown

Of the three models available, this is suited for the better player who wants a low penetrating ball flight and less spin.

The Paradym hybrids have to be one of the coolest looking new products on the market. How good does that sole look?! 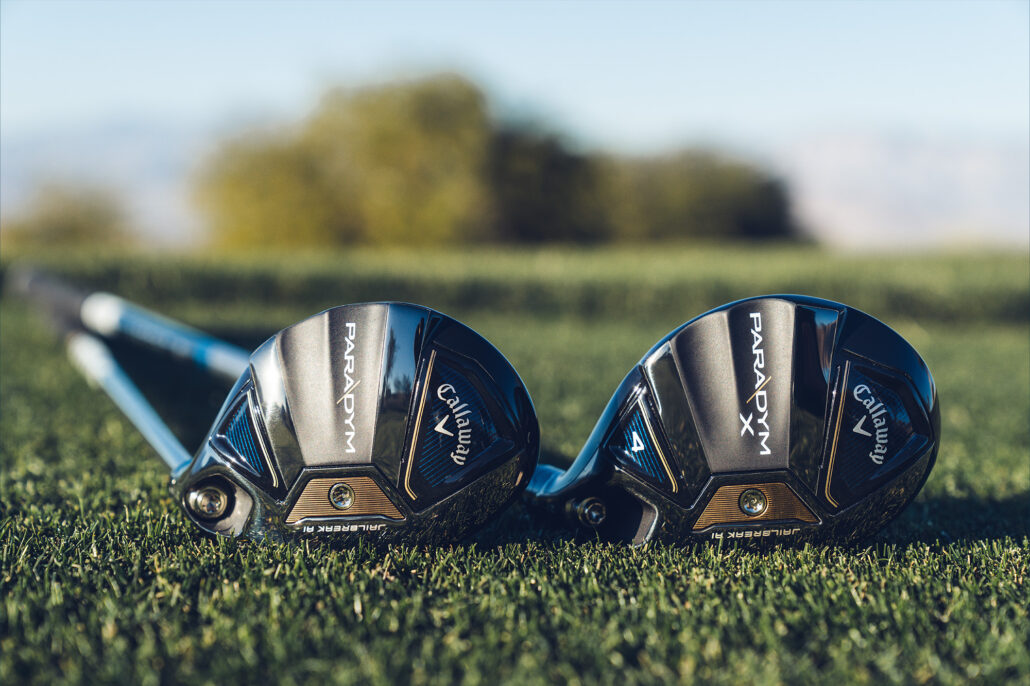 The sci-fi-looking sole design is all about improving turf interaction. The cutwave sole has been designed to cut through the turf with ease and make the Paradym hybrids more versatile from a variety of lies.

The Paradym hybrids use a Jailbreak Batwing structure which includes structures in the heel and toe which stiffen the perimeter of the club head and allow the face to flex more, generating higher ball speeds. 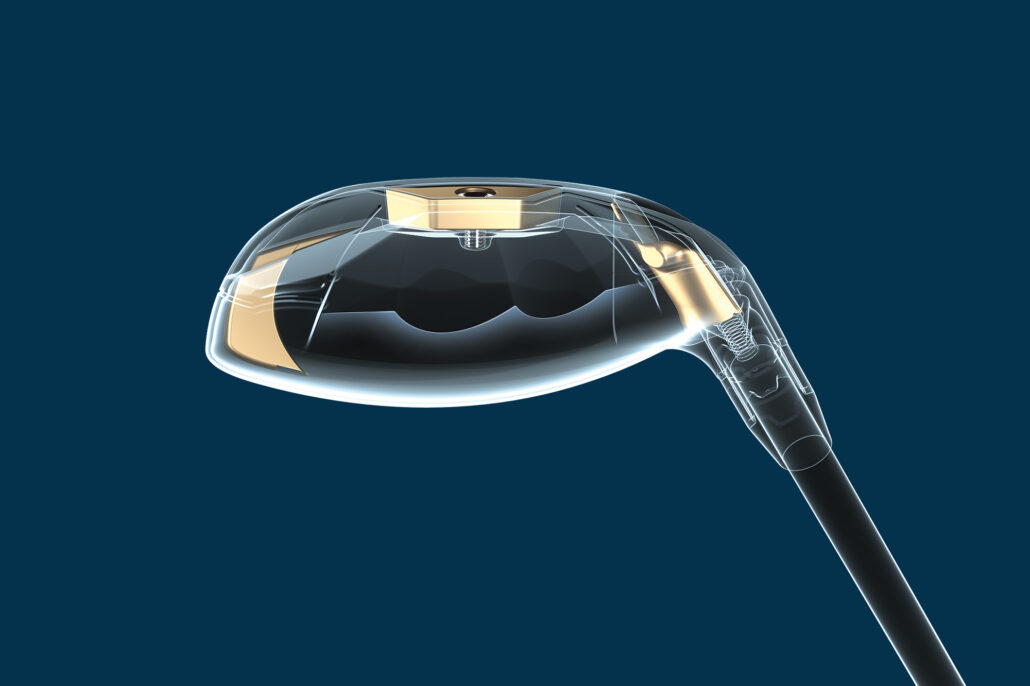 Batwing technology is combined with a tungsten-speed cartridge to move the centre of gravity low and forward giving us lower spin and more ball speed.

The club face in each hybrid model and loft is custom-designed using AI technology to optimise ball speeds and improve spin robustness across the club face.

The hybrids feature an adjustable hosel so you can dial in the loft offerings to get the perfect club gapping in your bag.

This model is for players who love a small compact fairway wood-style hybrid. It is much more rounded than in previous years and definitely a shaping I prefer. This is designed to be the most versatile and offer the most control from the Paradym hybrid line-up. 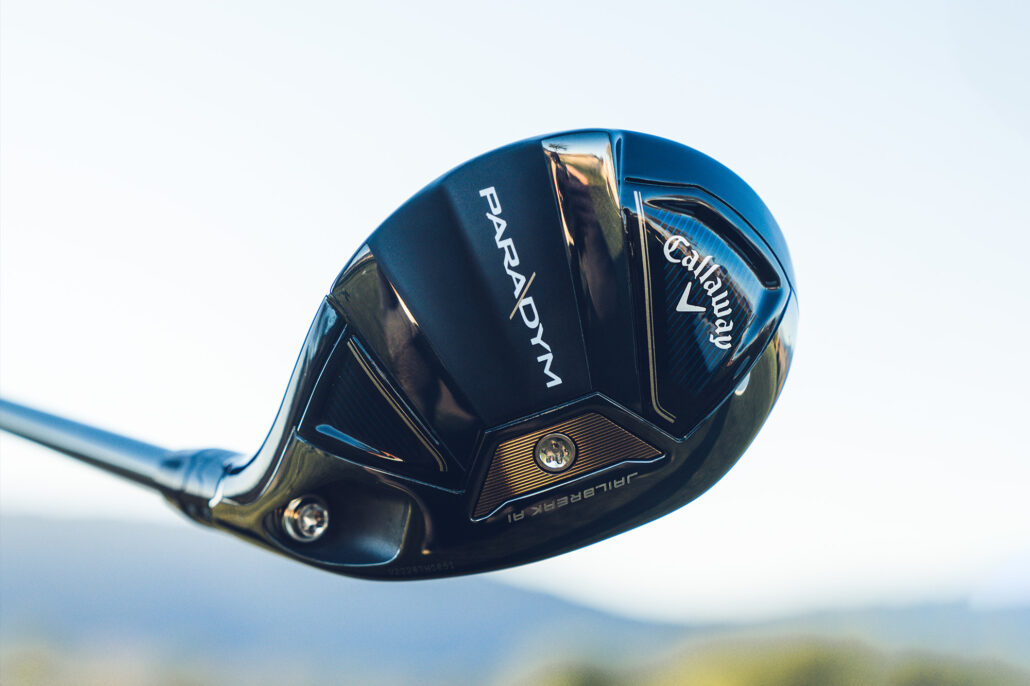 This is the most forgiving hybrid model with a more oversized shape.

The Paradym irons are distance irons and, as the name suggests, are designed to deliver maximum distance, but a new construction means you get all the benefits of a great feeling club too. 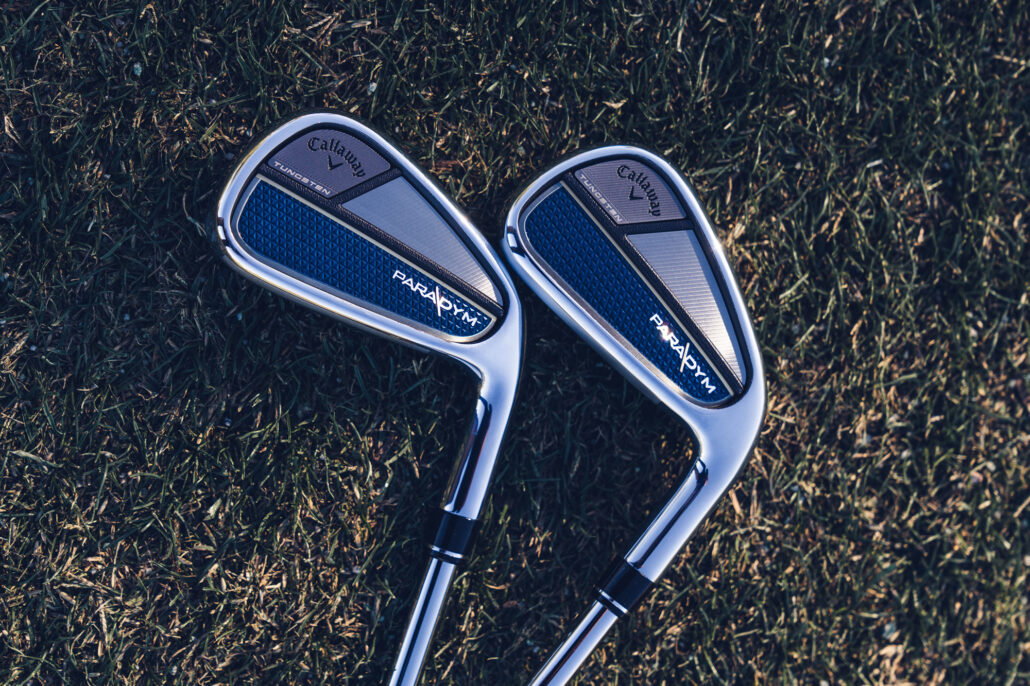 The club face is a forged 455 face, and Callaway are saying it is their most powerful forged iron face ever.

The iron has a hollow body construction with a speed frame for added stiffness. This allows the club face to be thinner which helps drive up ball speeds. 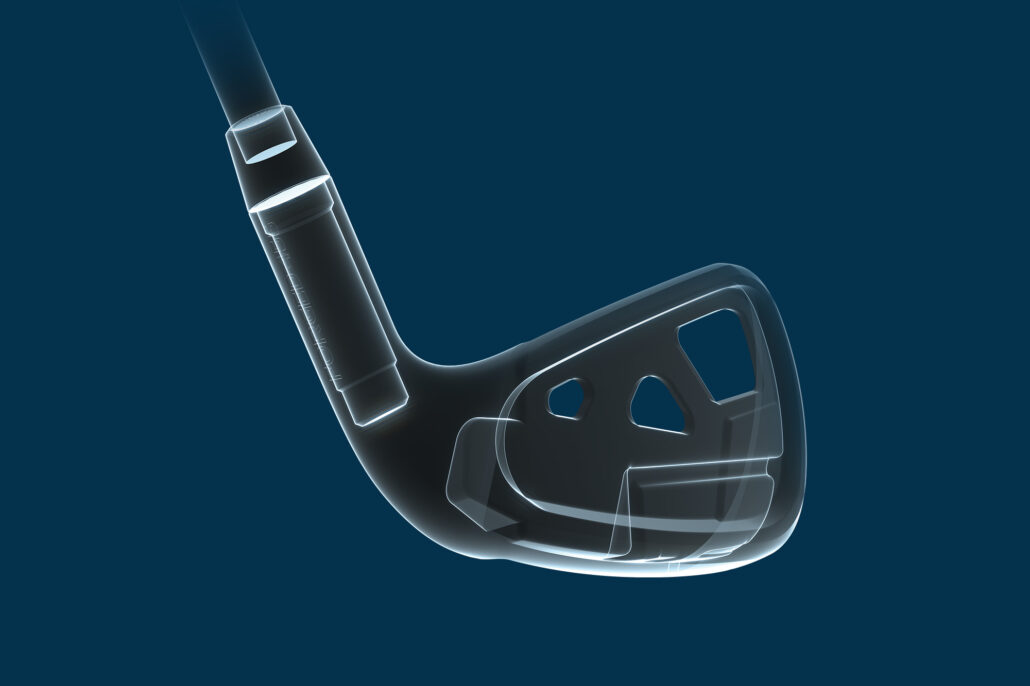 The combination of a forged face and urethane microspheres provides an ultra-soft feel and a premium sound which isn’t always available in distance irons.

This is designed for golfers who want a players distance iron with a smaller more refined shape and the feel from premium forging.

These are designed to be the longest irons in the Paradym range. There is 79 grams of tungsten which help enhance launch and improves ball speeds on off centre strikes.