Why was DeChambeau allowed to replace his broken driver at the PGA Championship?

Welcome to the Bryson DeChambeau Rules of Golf show – part 348. Whether it’s hitting a 10, or trying to spot some fire ants, the brawny American has been working tournament rules chiefs hard when he’s teed it up this season.

And during the first round of the PGA Championship at Harding Park, in San Francisco, DeChambeau again found himself centre stage.

Of all his recent rules dramas, though, this was the one that was probably most likely to happen given the way he’s bulked up and the speed with which he attacks the ball.

He broke his driver.

DeChambeau had just smashed another bomb off the 7th tee and mics picked up a cracking sound at impact. He was none the wiser until he bent down to pick up his tee and his newfound bulk helped shatter the shaft.

“I didn’t really hear it because, me, I’m in the moment trying to hit the shot,” he said. “Definitely the ball didn’t react proper. I hit it out to the right, felt like I drew it, and the ball went to the right and spun up like crazy. I’m like, that’s not normal.

“So it was surprising, and then I just went over to pick up my tee, leaned on it a little and the thing just, see ya later.”

He sent back to his car for a replacement shaft – the head was fine – and had it replaced before he’d reached his next hole.

Now, Rule 4.1a (2), titled ‘Use or Repair of Club Damaged During Round’, says if a club is damaged during a round the player normally must not replace it with another club.

It adds a player can have the club repaired by restoring it as nearly as possible to its original position before the damage happened ‘while still using the original grip, shaft and clubhead’.

Rule 4.1b (3), ‘No Replacing Lost or Damaged Clubs’, adds if a player “loses or damages a club during the round…the player must not replace it with another club” – unless it was done by an outside influence, natural forces or “by any person other than the player or their caddie”.

So how was DeChambeau able to put on a new shaft? Let rules official Brian Gregory explain.

“During the course of playing the stroke, the club busted into pieces and we do have the Local Rule in effect when that happens, the player would be allowed to replace the club,” he told American TV viewers.

“Starting in 2019 this is a Local Rule that’s in effect for the Championship for when a club is significantly damaged… and breaking into pieces would meet that standard.”

The Local Rule in question is G-9 – ‘Replacement of Club that is Broken or Significantly Damaged’ – and was added during the Rules of Golf clarifications issued in April last year.

It modifies Rule 4.1b (3) to say that “If a player’s club is “broken or significantly damaged” during the round by the player or caddie, except in cases of abuse, the player may replace the club with any club under Rule 4.1b(4).”

The Local Rule adds that a club is broken or significantly damaged in a number of cases which includes ‘the shaft breaks into pieces, splinters or is bent (but not when the club face is only dented)’.

Gregory added: “If Bryson would have slammed it into the ground for instance that would be a different story but since it happened without abusing it he would be allowed to replace it.” 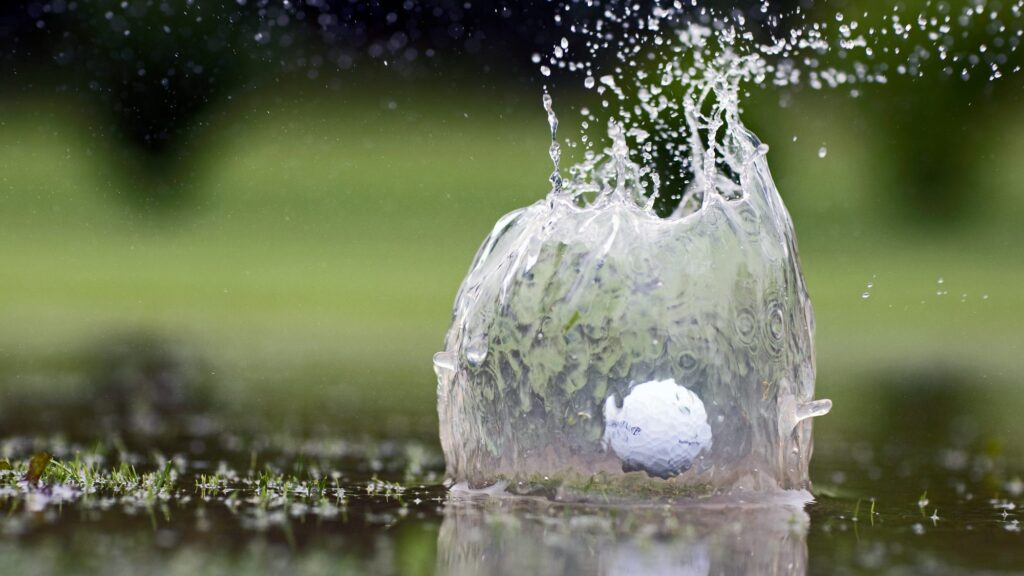