Nothing says drama like the final day of a major. Join us as we look at the biggest fightbacks in golf's most prestigious tournaments

The final day at a major championship is always bound to produce drama. And if the prestigious tournaments have taught us anything over the years, it’s that it’s never over until it’s over.

From phenomenal fightbacks to calamity collapses, join us as we relive the biggest final day comebacks in men’s and women’s major championship history. Let’s get stuck in…

Bidding to win a third Green Jacket in 1978, Gary Player had a mountain to climb on Sunday at Augusta. The South African started the day seven shots adrift of Hubert Green with nine players ahead of him – including Tom Watson and Lee Trevino. And, after picking up only one shot in his opening eight holes, it seemed conclusive Player’s ninth major would have to wait…

That was until the Black Knight went on the most incredible run, birdying seven of his last 10 holes to pip Green and Watson by one shot and pull off a phenomenal comeback.

1978 was clearly the year of the comeback kings, with the PGA Championship also witnessing a dramatic final-round fightback at Oakmont. It looked inevitable Watson was going to win the Wanamaker for the first time, topping the leaderboard after each of the opening three rounds to take a five-shot lead into Sunday.

But Watson wobbled in the final round, carding a 2-over 73 as John Mahaffey overcame a seven-shot deficit to force a playoff with Watson and Jerry Pate, eventually sealing the victory on the second extra hole.

Like Watson, Sandra Haynie seemed destined to win a fourth major at the 1983 LPGA Championship. But the American had a torrid final round at Kings Island, squandering her four shot lead as she carded a 75 to open the door for a soaring Patty Sheehan.

Starting the day seven back, Sheehan went birdie-crazy on Sunday, carding eight including five in a row on the back-nine to post a 66 and pip her Hall of Fame rival by two.

“It was just one of those days,” Haynie said. “Patty turned it on and took off.”

Lorena Ochoa was bidding to go wire-to-wire at the 2006 Chevron, a feat which started with a 62 on Thursday. But the Mexican dropped four shots in five holes on Sunday, allowing big names Michelle Wie, Natalie Gulbis, and Karrie Webb into the mix – the latter beginning the day seven shots adrift.

Webb then eagled 18 before Ochoa matched the score to force a dramatic playoff with the Aussie. Into sudden death, and a birdie helped Webb clinch the title after one of the most nail-biting final days in major history. 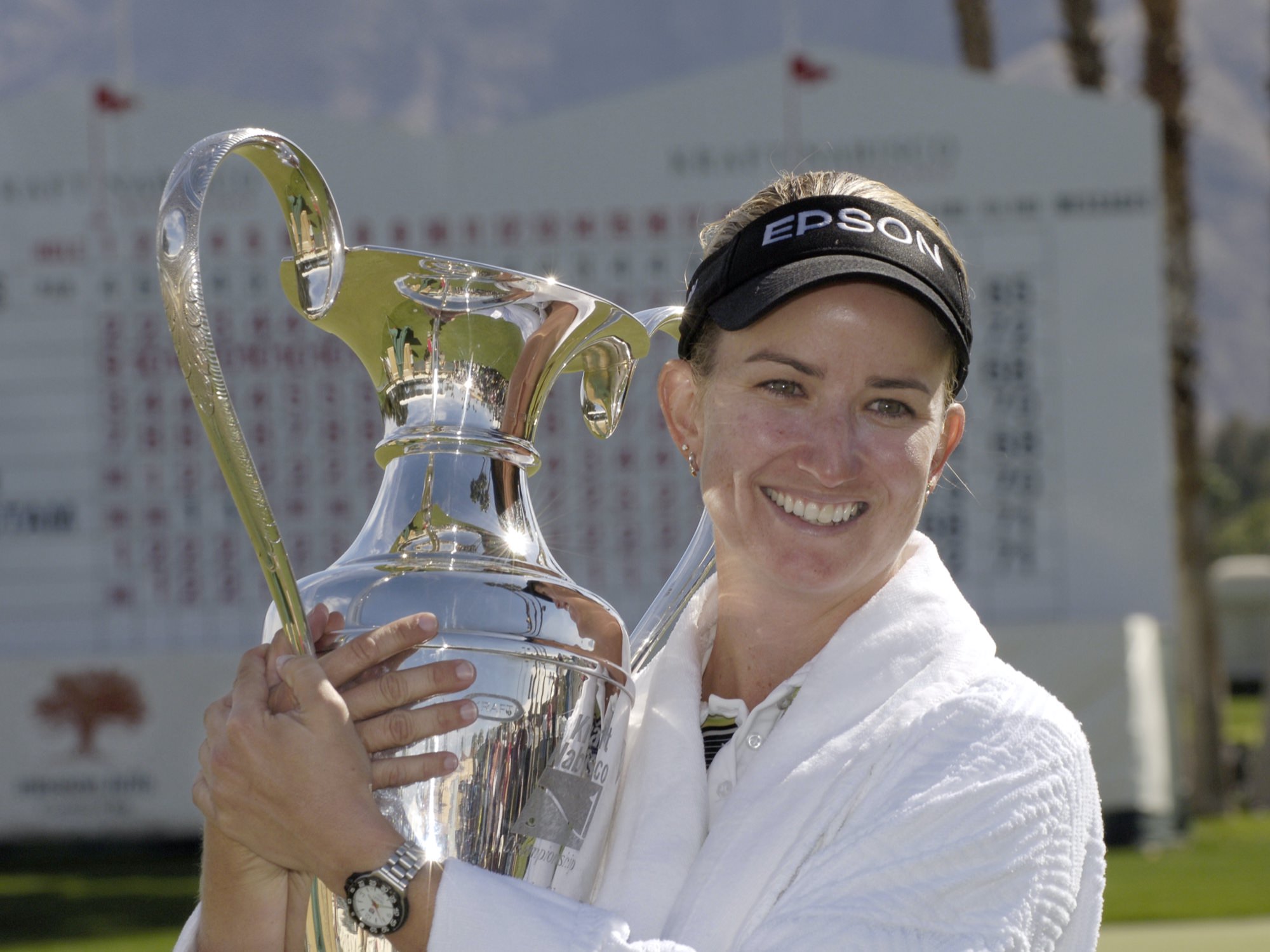 Five shots clear after 54-holes, you’d have thought an even-par Sunday for Jeongeun Lee6 would see her ease to victory at the 2021 Evian. That was before Minjee Lee decided to tear things up.

In a seismic performance, the Aussie came from seven back to tie the third-round leader on 18-under and force a playoff. Lee6 then found water in sudden-death, earning Lee one of the most mind-blowing comeback victories of all time.

“It was a bizarre day,” said Justin Thomas after hoisting the Wanamaker for a second time in 2022. He wasn’t wrong. Seven shots and six players stood between Thomas and PGA Championship glory after three rounds at Southern Hills. Fortunately for JT, none of the six had ever won a major – and it showed.

Mito Pereira was the unlikely leader going into the final round, and despite dropping three-shots needed just a par on 18 to pull off the shock victory. Agonisingly, nerves got the better of the Chilean as he found water on the last to come away with a double-bogey. This left Thomas to battle it out with Will Zalatoris in a playoff, with the 2017 champ seizing his opportunity over extra three holes.

Amateur Ken Venturi was having a flawless tournament at the 1956 Masters, leading outright for each of the first three days at Augusta as he took a four-shot cushion into the final round.

But the young man capitulated on Sunday, carding six bogeys in seven holes to open the door for Jack Burke Jr. Despite starting the day eight shots back – and arriving late to Augusta after spending the morning at church – Burke pulled level with two holes left, before draining a birdie putt on 18 to complete the epic comeback.

The biggest and most spectacular comeback came at The Open in 1999, when Jean Van de Velde imploded on the final hole at Carnoustie to open the door for Paul Lawrie to win his first and only major.

Lawrie started Sunday a staggering 10 shots behind Van de Velde with 13 players ahead of him – including Tiger Woods and Greg Norman. But the Scot carded a magnificent 67 in torrential conditions to keep somewhat on the heels of Van de Velde, who needed just a double-bogey on the 72nd hole to lift the Claret Jug.

Then, the blow outs of all blow outs. The Frenchman collapsed under pressure on 18, making a calamitous triple-bogey to fall into a playoff with Lawrie and Justin Leonard. Lawrie then won the four-hole aggregate playoff by three shots, completing the biggest comeback in major history. 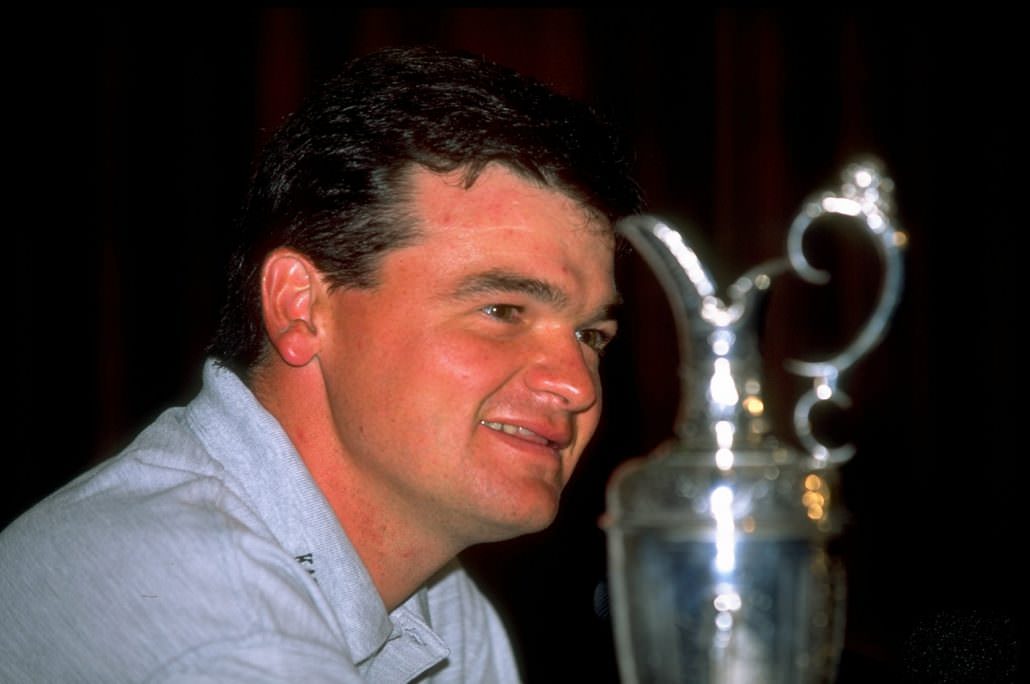