20 reasons why you must play Kingsbarns

Can you believe it's two decades since Kingsbarns opened their doors? We list the many reasons why a trip to this Fife paradise should be on your bucket list

They’ve been waiting to blow the candles out all year at Kingsbarns. The much-feted links is celebrating its 20th birthday but coronavirus meant the party had to be put on ice.

“Kingsbarns had been shut for the winter since last November and then with the lockdown early in March, it meant postponing our official new season opening due for March 28,” explained CEO Alan Hogg.

But even though it’s not quite the time for fanfare with golf courses across the United Kingdom still operating under Covid-19 related restrictions, there is some joy for bucket-list tickers with the announcement the Fife course will officially reopen on August 1.

To mark this special anniversary, we’ve picked out 20 reasons why you’d want to spend a glorious few hours on this part of the Fife coast…

Opened on July 17, 2000, it may be young but Kingsbarns is a fixture of Top 100 rankings. It’s 17th in our Great Britain & Ireland list and 5th in our Scotland countdown.

Sea glimpses from nearly every hole, rugged outcrops, cliff faces, even a bit of pine, if you’ve got any soul it will be stirred here. More on this later…

3. Some of the world’s greatest have strode the fairways

“Kingsbarns Golf Links is really still a baby but then we have proudly hosted on 19 occasions the Alfred Dunhill Links Championship,” said Hogg. “We were honoured in 2017 with staging the Ricoh Women’s British Open. Earlier, in 2008, we hosted the Jacques Leglise Trophy and in 2010, Kingsbarns was handed hosting the Open Championship local qualifying for The Open held that year at St. Andrews.”

4. The service is incredible

Whether it’s the people waiting to greet you on arrival in the car park, or the attention to detail in the welcome gift, you feel like royalty when you have a day at Kingsbarns. They’ve got a bucket full of awards recognising their customer service and experience.

5. The practice facilities are insane

No excuses. A driving range with unlimited balls, perfect springy mats, a short game practice area and putting green. It’s all included in the green fee. If you don’t get to the 1st tee ready to play your best, it’s on you.

6. Do you dare take on Auld Links?

Let’s get out onto the course. This is a driveable par 4, but beware. The green has two levels sloping from front to back and there’s water beyond the green. Even a safe drive can leave a tricky approach if you bail out left of the centre bunkers. Auld Links refers to the original 9-hole Kingsbarns course from 1793 that could be found in the lower part of today’s course and before you get on the 6th tee.

7. Did we mention the views?

The bay in all its glory, the fairways that seem to stretch out for miles. Just glorious, isn’t it?

In his Confidential Guide to Golf Courses, Tom Doak hailed the 4th and 5th holes in particular, arguing that they used “the edge of the plateau in their strategy and the sea beyond to intimidate”. But this isn’t a course that, on the whole, is meant to scare you. The fairways are pretty wide. You can get the ball into play, but it gets trickier the further you are off track.

A plaque marks the spot on the 9th where Westy nailed a 4-iron from 218 yards for an albatross 2 back in the Dunhill Links Championship in 2003. He’d break the course record that day with a 62. Can you match the great man? I won’t hold my breath.

10. Indulge yourself at the halfway house

Well-stocked and found by the 10th tee, there is much to be said for the powers of a restorative dram.

11. It’s actually got a long history

Golf has been enjoyed over the links at Kingsbarns since 1793 and it was not until 1922 when the old Kingsbarns Golfing Society was re-established with the founding of the Kingsbarns Golf Club.

Legendary Willie Auchterlonie laid out a nine-hole course but, with the onset of the Second World War, the Links was closed. Following the War, it reverted to rough pasture. Kyle Phillips, with Mark Parsinnen, transformed that land into the course we all enjoy now.

12. The most exhilarating par 5 you’ll ever play

They call it Orrdeal. It’s a nice play on words as the Orr family were the original landowners of the green site. But, at 606 yards off the back tees, this 12th hole is a punishing test into the wind. It’s worth giving it a crack, though. The hole hugs the coast all the way along and the green juts out into the bay. Stunning. Just try to play it, instead of simply gawping at the vista.

13. The caddie experience is renowned

It’s not the Old Course. There’s not a blind shot to negotiate every other hole and the greens don’t have those subtle breaks that form through centuries of use. But just as it’s an essential part of a day on that historic links, picking up an experienced bag carrier here elevates the experience. And saves your legs too. In places, Kingsbarns can be a bit of a walk.

14. Don’t tell me you’ve forgotten about the views…

Controversial call, right? But this picture postcard hole plays the part. Of course, you’re going to chase the sucker hole position, and probably crash on the rocks for your troubles. But get it right, fan across the sea, cross the jagged edge, and land on the promised land and you’ll have a memory from the 15th to treasure.

16. Burnside isn’t for the slicers

But it is my favourite hole on the course, once you take out the obvious contenders. The sea is still there – this time it’s lurking out on your right side – and the stone wall frames the wide fairway perfectly in front of you. Burnside isn’t some 80s cop show, it refers to the stream that sits behind and along the right side of the green.

17. One more postcard image for the road

Because I just can’t resist. It looks that good.

18. Hold your nerve on the home hole

The bridge arching over the Cundie that separates fairway from green, and the safety of the clubhouse, was built in the 1700s to drain water from the fields above. Now it’s there to drown weak approach shots. Take a deep breath, know your yardages, and take aim as you dance with fate and the ditch.

You might think the 19th hole is rather understated, given you’ve just had four or so hours of sensory overload. But it’s actually the perfect place to sit, have a drink, and just reflect. No silly rules, no one eyeballing you when the phone comes out of the pocket, it’s a lovely end to your time on the premises.

20. It’s little more than a pitching wedge from the Home of Golf

And once you’re done, race back to The Jigger or to sample the wider delights of the Auld Grey Toon. Why not build a Kingsbarns day into a Scottish break exploring the Old, New and Castle too? Crail Golfing Society, Dumbarnie and Lundin Links are also among the many treasures on offer in this part of Fife.

Have you played Kingsbarns or is it on your to-play list? Let us know in the comments below or you can tweet us. 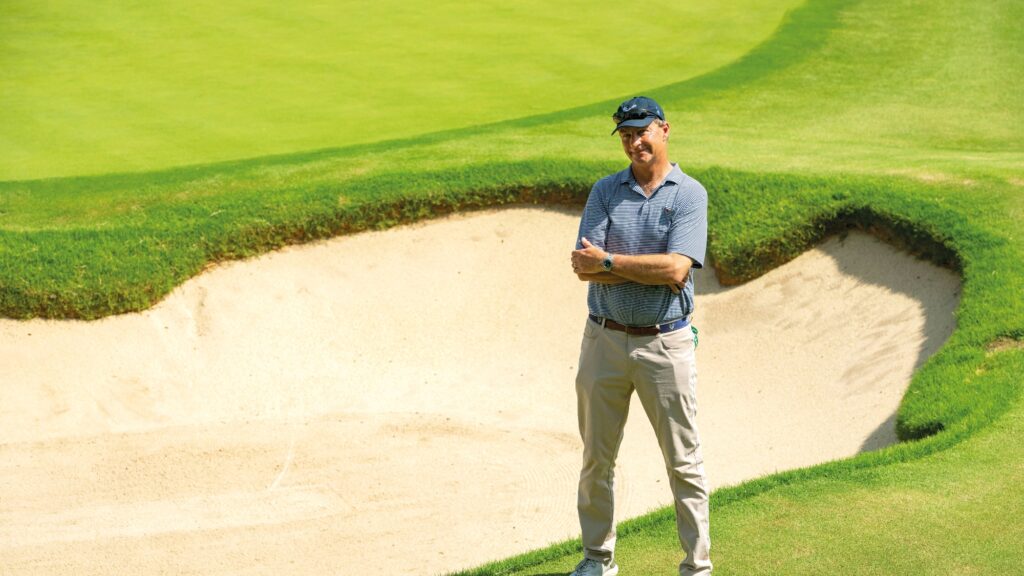 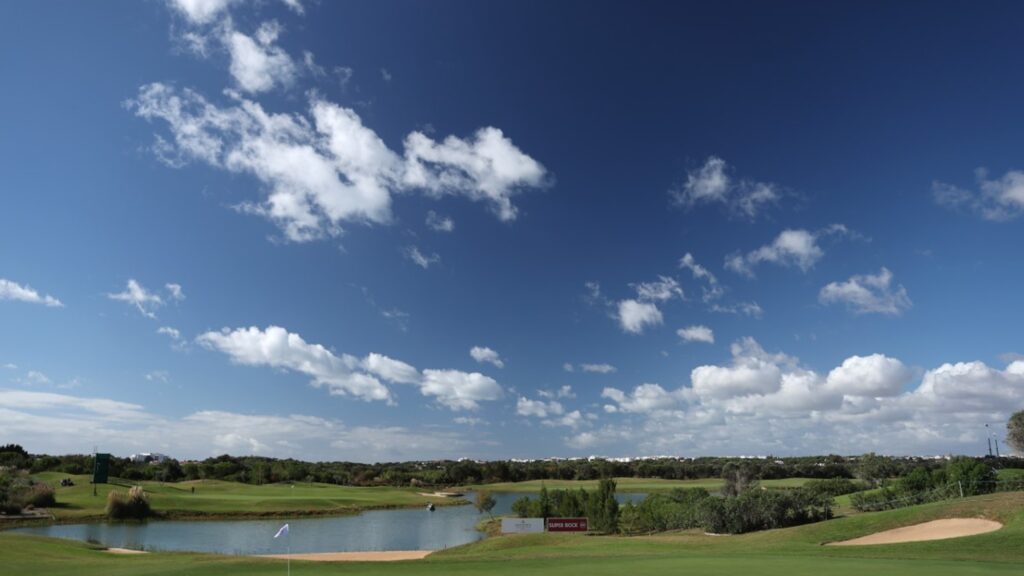 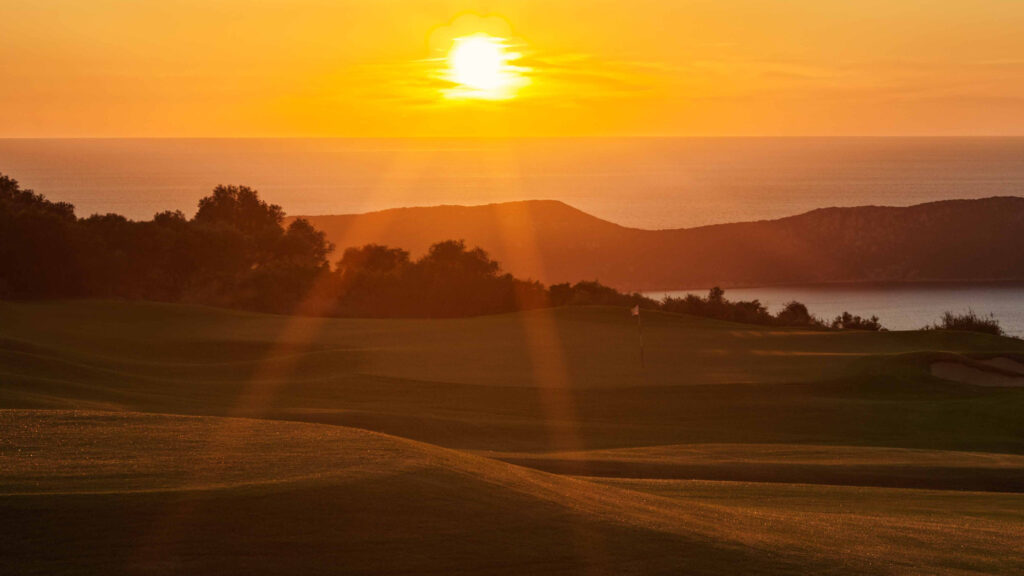