After a sensational 63 it was all about Shane Lowry on day three of the Open but how will Sunday play out at Royal Portrush?

After one of the great Saturdays in Open history Shane Lowry came within a whisker of shooting a 62 to leave a stellar supporting cast well behind. With the tee times pushed forward, and some horrific weather coming in, we look at how the final day might play out.

People can be a bit sniffy about Lowry in the really big ones after what happened at Oakmont three years ago.

On Friday night he said: “Hopefully I can go out and shoot a decent one. But if I don’t, it won’t be the end of the world…”

How about blitzing it round in 63? How about smashing the course record with a back nine of 30? How about having thousands cheering your every step, let alone shot? How about shooting one of the greatest, most uplifting and frenzied rounds of golf in front of your own fans?

A couple of inches the other way and Branden Grace would have had some company in Club 62.

He won The North here in 2008, the year before he won the Irish Open in the persisting rain at County Louth. Imagine those scenes again, but times it by about a thousand.

In his press conference he revealed that he would spend his evening watching the highlights on BBC and most likely in front of Love Island.

And, as for Oakmont, he explained that things are different now after becoming a dad. Golf is important but it’s not everything, he knows there’ll be nerves and he’ll happily chat with his team about how he’s dealing with them. Look at how he embraced all this. Either way it will be some day on Sunday.

The bookies have him as a 4/7 chance.

Could you imagine if he pulls this off? How good does his swing look? How often have we been told that you have to play this course from the fairway and how often are we watching Tommy Lad tear into his ball before that sawn-off finish?

He’s only had two bogeys all week. Had you asked him or anyone if they fancied a slice of 12 under after three rounds they would snap your hand off, as it is he’s four adrift of old Shaney Boy.

The good news for Fleetwood is that he’ll be playing with Lowry. The bad news is he’ll be up against someone who’s just shot 63 and will have tens of thousands of his countrymen screaming him on.

The bulk of his press conference was played out to a backdrop of ‘ole ole oles’ from outside.

In among the Lowry show Holmes put together a 69 which will have felt like something in the mid 70s, the birdie at the last edging him clear of the big guns of Rose and Koepka.

Everyone likes to give Holmes a bit of a kicking as regards his slow play but there’s loads to like about him. This is how he summarised his day on the links.

“I don’t know how many times in history you get the opportunity to witness that or be around that, to have somebody from the home country and put a round up like that in an Open. It’s pretty special. Something I’ll never forget.”

The only time he led after 36 holes in a major, at the 2008 PGA, that tournament was won by an Irishman, Padraig Harrington. Coming into this week Holmes had withdrawn or missed the cut in six of his previous seven starts. Now he’ll have to contend with some biblical weather and a six-shot deficit.

His caddie’s from the area and has fancied him for this week for ages. This is how he likes it – Ricky Elliott points him in the right direction and he just has to pull the trigger. So far the putts haven’t dropped but, true to his new self of talking himself up, he liked elements of his game.

“Nobody has hit it better than me this week. I’ve hit it as good as I could possibly imagine. I putted the worst in the entire field, if you look at strokes gained. It’s been really bad. Very frustrating. Disappointed.”

The good thing about the forecasted storms is that Rosey will have to keep his new clothing line under wraps. The man is a machine, which is a blindingly obvious thing to say about the World No. 4. Just when you think he’s not got on top of things he turns it on and produces a score that doesn’t tally quite with what you’re looking at.

Which is a quite long-winded way of saying that the boy/38-year-old can grind and that you can never discount him. Likewise one major isn’t quite right for a player of his skills.

Big day for him on Sunday, particularly how things played out in the final round at Pebble Beach.

His scores have improved every day which a) might bring a lot of optimism that you’re timing your run to perfection, finally, after all these years of being one of, if not the, best players to never win a blah blah snooze blah.

Or b) you’ve peaked too early and it can only go one way from here.

Fowler has five PGA Tour wins to his name. Rory Sabbatini has six which makes you wonder. But then again he’s only 30, putts the lights out and seems an Open winner in the making. Which we’ve been saying for the past decade.

The ever-hopeful Westwood fan will point to the fact this might be his best chance; creep up on the rails, post a score early, keep going forward and then watch the others fall away right at the death? Oh look, he’s playing with Danny Willett. Maybe the good karma of Augusta 2016 will work in the opposite direction?

Or this is his 82nd major and, while he might well contend until he’s into his 80s given how well he hits the ball, it’s not going to happen. Let it go… 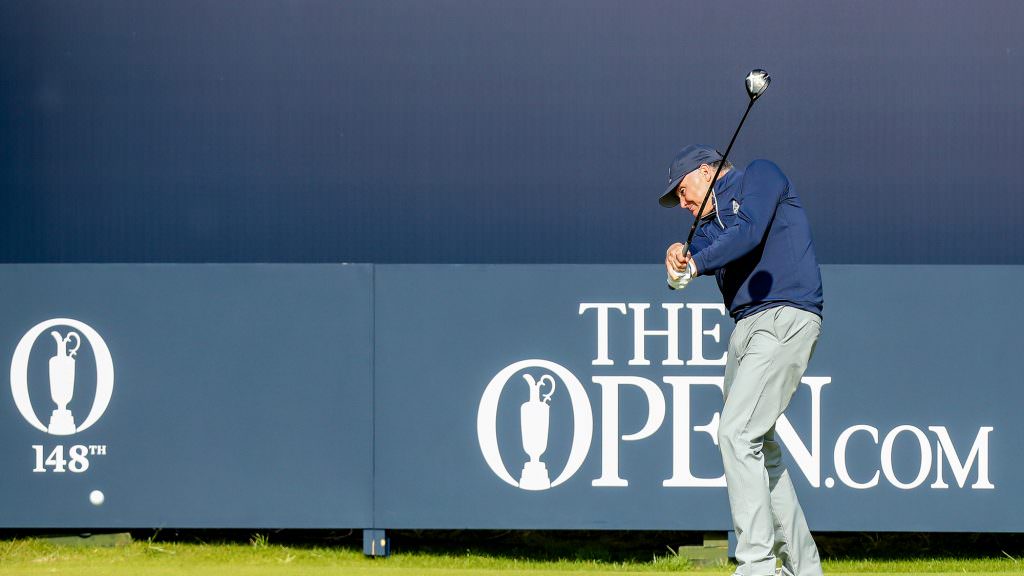