“It’s the greatest comeback of all time!” we all screamed as Woods triumphed for the first time in a major since 2008, in which time he has gone through a high-profile divorce, undergone four back surgeries, been arrested for DUI, and who can forget the Mac Daddy Santa episode?

Of course I was inundated with responses.

What about Leicester City? What about Niki Lauda? What about Monica Seles? What about Torquay United winning the league for the first time and scoring more goals than Manchester City and Liverpool in the process?

OK, I added that last one in myself.

But why do we have to have all this “whataboutery” that follows these sorts of claims?

Look, I’m all for a healthy debate that steers clear of patronising and name-calling, but I’m baffled as to why can’t we just enjoy all of these wonderful achievements. Let’s just enjoy them for what they are. Leicester, Lauda, Seles, Torquay… all incredible achievements in their own right and should be lauded as so.

So what about the greatest comeback of all time?

Well I’m not going to start digging around other sports, but in golf that honour belongs to Ben Hogan. If you are unfamiliar with Hogan’s story, I highly recommend you look it up.

The then three-time major champion was involved in a car crash that left him with a double-fracture to the pelvis, a fractured collar bone, a broken ankle, a chipped rib, and near-fatal blood clots.

His doctor told him it was likely he would never walk again, let alone play golf.

He went on to win six more majors.

Another thing that hit me when I arrived at work on Monday morning: four colleagues, all in their early 20s, discussing how they don’t remember Tiger’s last major win at the 2008 US Open.

Other than the fact I’ve never felt so old, it really hits home just much impact Woods as had across several generations.

So instead of whinging that we talk about him too much, why not enjoy it while we have it? We’ve been lucky enough to have Jack and then Tiger.

Because who knows when the next once-in-a-lifetime golfer is coming along?

Right, that’s enough from me. Still can’t get enough of the Masters? Check out our dedicated website for more. If you have had enough, normal service will resume after Easter…

More from the Masters 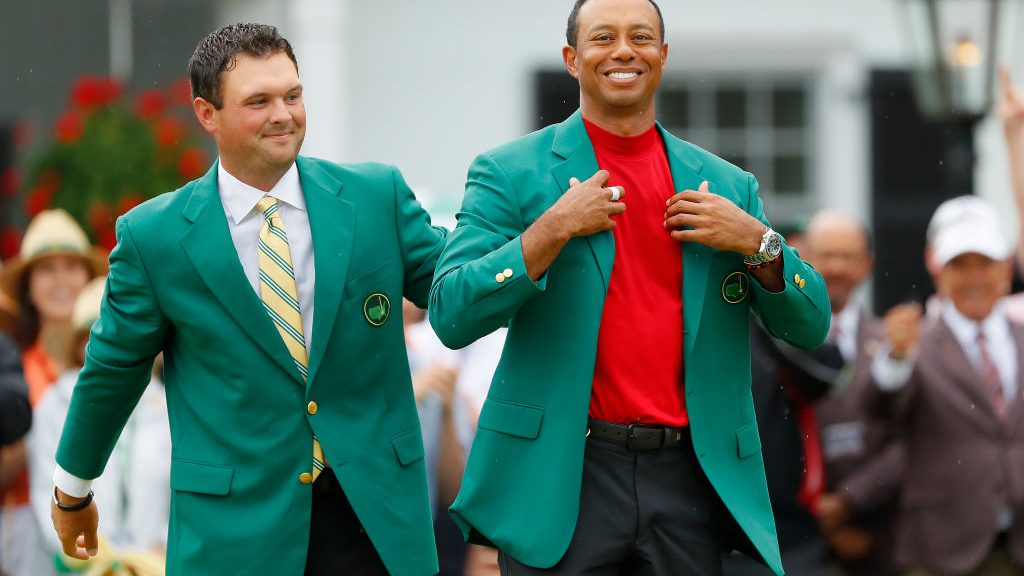