Now the dust has settled since Catriona Matthew announced her Solheim Cup wildcard picks, newly-appointed vice-captain Mel Reid has had time to reflect and start thinking about her new role in the team.

While Reid, with three Solheim Cup appearances under her belt, said she was “gutted” to miss out on a playing spot at Gleneagles, she also admitted she would have picked Suzann Pettersen over her too.

And now the 31-year-old Reid is working on what she can do for the rookies experiencing the same feelings she did in her Solheim Cup debut eight years ago.

“Rookies always feel extremely excited and proud to be a part of it but don’t really know how to really prepare yourself for that first tee shot,” she told LG.

“I feel that my role is really focused on making them comfortable so that they can perform their best.

“I felt that my role was a bit different in my last Solheim Cup. Because it was my third one, I took on a bit more of a dominant role and I think that’s going to really help me.”

Not only does Reid have her own experiences to draw upon, but she can also take inspiration from captains and vice-captains who have gone before her.

“Ultimately, it’s about making 12 women happy for an entire week which is a pretty impossible job, but it is important to make the players feel comfortable,” she said.

“When I first played in 2011 that’s what I felt Alison Nicholas did well as a captain – she made sure each and every player had their own home comforts.

“We were all a little bit odd in our own ways and she recognised that and made sure we all our little quirks were taken care of.”

With just a matter of weeks remaining until the two teams head to Scotland, Reid will be back out on tour competing alongside some of those who she will mentor next month.

Her willingness to help the team and her captain in anyway possible is already evident and befitting of her character.

“I had a chat to Catriona on Monday at a team dinner and I told her to tell me what she wants me to do over the next few weeks while I’m playing.

“I’m out there with the players and I’m obviously going to focus on my game but I’ve told her that if there’s anything she needs me to do in the evenings I will do it.

“The way we are going to win is by being a unit and the way to do that is by getting that team mentality in as quickly as possible.

“My focus for the next few weeks is to have dinner with the rookies and some players I don’t know too well and just make everyone feel as comfortable as possible.”

While there will be plenty of opportunities for Reid to qualify for further Solheim Cups during her playing career, she has not ruled out a shot at captaincy somewhere down the line.

“I actually always said no, and Laura Davies has said the same thing, but I’d love her to be a captain,” she said.

“If the time came when Europe wanted me to be the captain and asked me it would be a huge honour. The Solheim Cup is in my blood.

“I’m certainly nowhere near finished playing yet but if the time came and I had the honour of being asked it would be hard to turn down.” 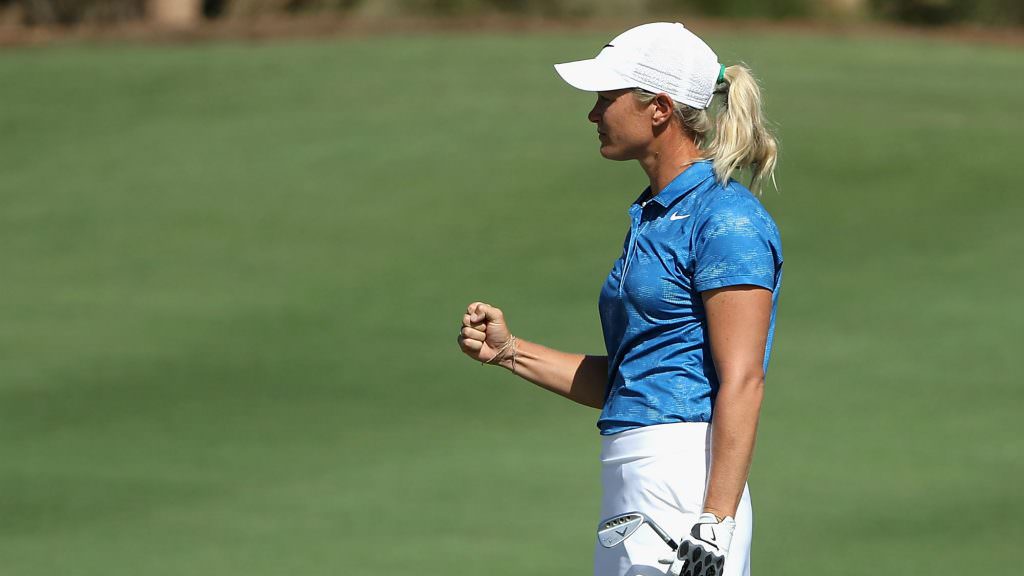 'It's Suzann Pettersen – I'd have picked her too'

Reid was speaking to LG as an ambassador for Aggreko, which supplies temporary power, heating and cooling services to some of the world’s biggest sports events. For this year’s Solheim Cup, Aggreko will install more than 33km of power cables, provide 242 distribution boards, 51 generators, 35 fuel tanks, 19 chillers and more than 7.6MW of power generation. Follow Aggreko on Twitter to find out more.

September 13, 2019
Do Not Sell My Personal Information