A year in golf travel: From superstar snubs to seeing red in Munich

In the first part of his review of his year in golf travel, our globetrotter reflects on trips to Dubai, Jordan, Ras Al Khaimah, Egypt and Germany

Spanning 16 countries and 56 flights, I’ve spent 12 months trying to bring you ideas of where to go for your next golf trip (plus maintaining my year-round tan).

I’ve been to so many places this year that I’ve had to split my reflection of my year in the air and on the road into three parts – and I still can’t even include everywhere I’ve been. These are just the highlights/episodes of misfortune.

Anyway, this is January to April, starring the Middle East, north Africa and a bit closer to home…

In six words: Sunburn and Ernie in the desert

My year always starts in the Middle East mainly because it’s about 18 degrees warmer and I can also annoy some tour pros by interviewing them about majors they want to win and courses they liked playing.

I, of course, always play golf when I’m there too. At least once. This year it was a brand-new course, Dubai Hills by European Golf Design. And very good it is too.

I also got sunburnt, lost a pair of sunglasses that weren’t cheap, got a classic brush-off from a double major champion, paid £10 for a beer on more than one occasion, but also bagged 10 minutes with Ernie Els. And that, friends, can definitely be classed as a good week by my standards.

In six words: Car bantz in a quieter emirate

I decided to compile the first ever Middle East Top 25 this year so the region featured a lot in my 2019 travels. This was one of the key stops, with two courses in this low-profile emirate north of Dubai.

We stayed at the Hilton and it is a truly brilliant lower-cost, lower-stress alternative to Dubai. In fact it’s one of the best all-round resorts I visited this year, with a hotel that has everything you could want including a gorgeous beach as well as a very pleasant course in great nick.

It was low hassle when I finally arrived, that is. The journey had a bit more about it, after getting a puncture and needing a helpful fuel station worker to end my 10 minutes of misery and fruitless searching by showing me the jack was under the passenger’s seat. When did they start putting jacks under seats?

In six words: My favourite country – and Barry Lane

This is definitely within the top three trips of what has been my best ever 12 months of travel.

I’m not a fan of organised trips usually but this was utterly brilliant – and amounted to three days in the desert with Barry Lane.

The former Ryder Cupper, as well as the Challenge Tour’s Borja Virto and LET star Olivia Cowan, was there to shoot a promo for the mixed Tour event at Ayla in April and our adventures took us to breathtaking Petra and Wadi Shab – which are categorically more jaw-dropping than the Pyramids or any Indian Ocean beach (see later) – as well as an overnight stay in a Bedouin camp.

It was the kind of trip where you witness Barry doing a jig with the Bedouin, end a night ‘in camp’ by hitting flop shots off a hard-pan lie round a camp fire and make friends for life.

In six words: Virgil, Mo and the LFC lads

Sometimes this job really does work out nicely for me (OK fine, it does all the time).

And of course, experience its courses at the same time.

It was a brilliant city break, with Liverpool famously winning, the beer, food and culture of Munich surpassing expectations, and the courses turning out to be consistently enjoyable.

It didn’t quite start out as planned though, with the first course of the trip being invisible never mind playable – as it was under an inch of snow.

Thankfully the weather relented to make it a memorable three days on and off the course.

You get to meet some brilliant people in this job and Tim Lobb is one of them.

The Aussie is arguably the most successful architect in Europe these days, with pretty much all the great Surrey heathlands in his portfolio for a start. But, mainly, he is also just one of the good guys.

So I jumped at the chance to go to Cairo to play in the Pro-Am of the Alps Tour event that the course he’d just opened – under the Thomson, Perrett & Lobb banner – was hosting.

NewGiza is genuinely good, on a par with a top-50 course in continental Europe and the Pro-Am was great fun even if it did witness my worst golf of the year… including the shortest putt I’ve ever missed. At that point Tim must have been wondering why the hell he invited me.

We naturally did the classic sights but as well as the Pyramids, the Nile, the souks et al, we also flew down for a day to Luxor, which is arguably even more awe-inspiring.

There is loads of really good golf in the city and, combined with the tourist stuff as well as added entertainment such as the hilarity of Ubers (think well-used stock cars) and the gift of an excellent year-round climate, it makes Cairo is a brilliant long weekend option.

My year in numbers 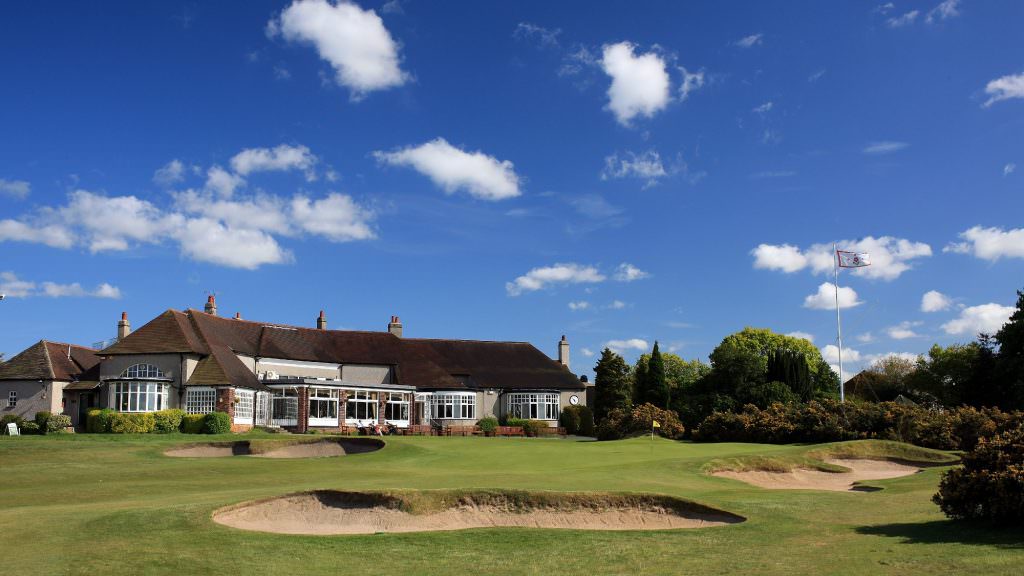