Could moves to stop too many general play scores being a factor in competition entry be adopted by clubs? Steve Carroll thinks so

It was not designed with clubs in mind. England Golf’s new pilot Championship Entry policy has been introduced to cater for a specific set of top-tier tournaments.

But as news of what they were doing has spread, as more golfers and clubs saw that some players could be denied entry to over-subscribed national amateur competitions on the grounds of essentially having too many general play scores in their World Handicap System records, brain cogs started turning.

Was the governing body revealing a flaw in the system – and showing how they were going to fix it?

“The intention of this pilot scheme is to highlight that we are aware of some players’ misuse of the WHS and the returning of General Play scores to lower their handicap to a level that is not reflective of their ability under competition play conditions,” England Golf’s director of championships James Crampton told NCG.

“This is about the integrity of the WHS system and ensuring the high standard of entrants into our championships is retained.”

Pandora’s Box may have been well and truly opened. Some counties are already doing something similar in their own events and, if they aren’t already, there will be clubs that will surely soon follow this lead.

It’s not controversial to say there has been a deep suspicion among golfers about the principle of general play scores since the start of WHS. It’s partly why a proportion label it a “cheat’s charter”.

It’s also why there was initial outrage in some quarters when England Golf and Scottish Golf gave official handicaps to non-club members through their respective independent golfer schemes.

The cry was that those handicaps could not be trusted – as they would be based mostly on general play rather than competitive golf.

And though the vast majority of golfers – whether members or not – play the game with integrity, concerns have remained and have been given new life by England Golf’s decision to crack down on handicap issues within their most popular events.

If handicaps are being misused at the very top level, so they can enter prestigious competitions, then surely the reverse is also true – that those so minded can engineer a handicap increase to win a club pot? Or so the rumour mill will have it.

In a From the Clubhouse podcast examining the impact of England Golf’s new policy, I wondered whether clubs would adapt this pilot scheme to suit their own needs.

While trying to restrict the number of general play scores a golfer could have in their records probably wouldn’t work at club level – the entire point of WHS is to put in as many cards as possible to make handicaps as representative as possible – some already insist on a number of ‘acceptable scores’ to enter events. But what if that focus shifted? 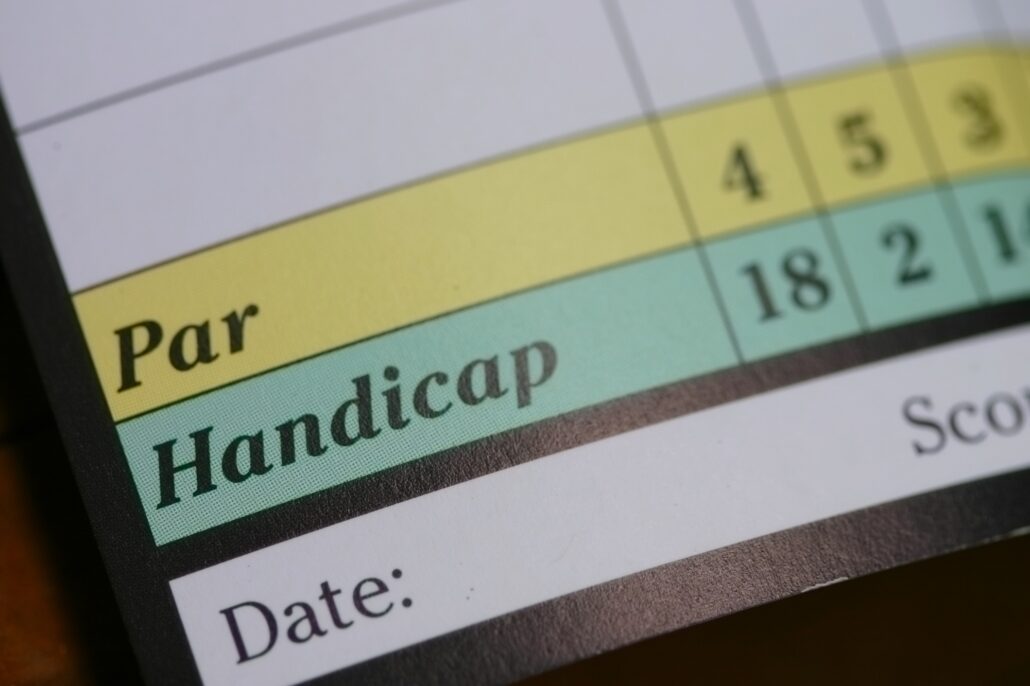 I said: “What we might see is clubs start to say, ‘If we’ve got a board competition or a big major competition, we may want to see X number of competitive scores in your handicap as opposed to general play scores.’

“You might only be able to enter the Club Championship if eight of your last 20 scores are competitive. I’m pulling those numbers out of thin air and clubs could do whatever they wanted with regards to that.

“Some clubs are already doing a version of this, using that old active/inactive handicap theme and saying, ‘If you want to enter this competition you need to have entered three acceptable scores over the last 12 months.’ What I think we’ll see is that clubs develop that system, expand it, and we’ll start to see competitive scores take precedence [for entering big trophy events].”

Maybe your club is already doing this – or something like it. My home club, York, have just introduced some additional eligibility requirements which will kick in from the start of the competition season in April and apply to all trophy competitions, knockouts, and men’s monthly medals.

Players can only win stroke play trophy competitions and medals, and can only enter knockouts, if they have submitted a minimum of six acceptable scores since January 1 of the previous year. A minimum of three of those must be competition scores. Next year, the required number of total scores needed will increase from six to eight.

Players will still be able to enter these competitions, and win other cash prizes in them, as long as they’ve got three acceptable scores in the 12 months prior to the competition. But they won’t be able to win the trophy.

I’m sure clubs who take similar, or even more stringent measures, will cite protection and integrity as their watchwords but what does it mean for WHS? It’s hardly a ringing endorsement of a system designed to level the playing field for all golfers.

Is the lid now off and will it stop there? Could it, as my colleague Tom Irwin also pointed out in our From the Clubhouse podcast, unwittingly prevent players who, for whatever reason, are not able to meet the requisite competitive quota from playing a part in a club’s most celebrated events?

“Do you think that the senior that plays every Wednesday, and he’s decided to play in his one board competition of the year, hasn’t submitted many scores for his handicap – because that’s just what he does – and then someone says, ‘Sorry, you can’t enter because we don’t think your handicap is valid?’”

Whatever happens, the measures taken by top governing bodies to shore up their big tournaments may cause a bigger shift in the rocky progress of the World Handicap System than first imagined.

These are quite clearly very interesting times for club golf.

You can listen in the player below, or click the button to be taken directly to your preferred podcast platform.

Has your club changed its competition terms and conditions to restrict, or demand, the return of World Handicap System general play scores? Tweet me and let me know what you’re doing.