Tenby is one of the finest and least well-known golf courses in the whole of the British Isles. It is here you will find links golf at its most natural.

At the risk of generalisation, it is probably fair to say that there is no finer course about which less is commonly known than Tenby and those who find their way to Pembrokeshire will be richly rewarded by its quixotic and idiosyncratic delights.

And whisper it quietly, but with green fees hovering around the £30 mark, a day’s golf won’t cost you any more than it would at your average private club, and Tenby is anything but average.

It is a destination only for those who will truly appreciate it, although in Tenby’s favour access by road is relatively good and the seaside town is a delight in season with its long, golden beach.

Tenby Golf Club lays claim to the oldest course in Wales, originally as a nine-holer in 1888. James Braid was commissioned to extend the course and 18 holes opened for play in 1907.

Formally established in 1888, but by most accounts there were enthusiasts knocking balls around the links and sand dunes long before then. In any event, experts agree that Tenby stands out as the birthplace of Welsh golf and was one of the founding members of the Welsh Golfing Union.

During this time the club acquired a certain prestige, attracting a cluster of celebrities – including Prime Minister, David Lloyd George who became a regular on the links.

It has a bit of everything that makes links golf the quintessential form of the game.

Many shots are blind. Cruel pot bunkers gather any ball coming within 20 yards of them. And the par threes call for anything between a sand wedge and a three wood. This is golf free from modern convention. It isn’t always fair, and luck undoubtedly plays a part.

So be prepared to drive one par four but be unable to reach the next in two. Or to find a way of caressing a chip between two bunkers, over a hog’s back and then stopping it before it rolls off the far side of the green.

Tenby is situated in Pembrokeshire on the South West coast of Wales, some 50 miles beyond the city Swansea.

Get in touch with Tenby 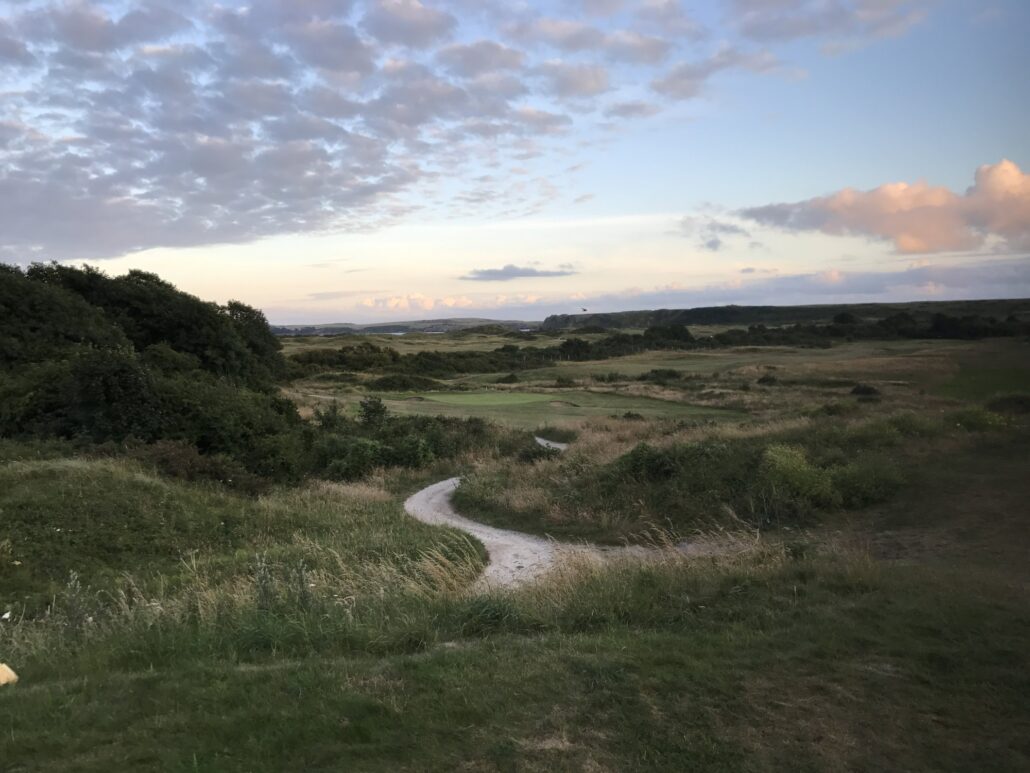 Have you played Tenby before? Let us know in the comments, or tweet us.