We would rather be playing this Welsh beauty

Machynys Peninsula, a relatively new Jack Nicklaus design on the outskirts of Llanelli, impressed our Wales Top 50 panel for its thoughtful routing and strong holes. As its name hints at, it is nestled around water – Carmarthen Bay to be specific. Machynys is an impressive effort by Nicklaus and his team considering they were given unremarkable, open land near to the coast with which to work.

The course is routed in two distinct loops with a parkland front nine and an inward half that has more of a links feel beside the sea.

The standard scratch score here from the tournament tees is three-over par, so you know Machynys Peninsula can be set up for some serious competitive golf, and indeed, it has hosted the Wales Ladies Championship of Europe every year since it opened for play.

The shaping of the layout has included the creation of 25 acres of new lakes – salt and fresh water – 12 miles of irrigation pipes and six miles of drainage pipes, to ensure the course is in top condition all year round.

The modern links on Machynys Peninsula was opened in 2005 with a hefty budget of $3.5 million shelled out for the layout and an even greater sum of money spent on the clubhouse.

However, money alone can never ensure success with a new golfing project as location has a large part to play in determining whether a new course will attract rave review, but the stunning site that Machynys is built on as good as guarantees its position as a “must play” venue in Wales.

Gary Nicklaus acted as chief designer on behalf of his father and his favourite hole is the 451-yard 16th which, as he says, “is played across the lake from right behind the clubhouse [and] is probably one of the most beautiful holes on the course”.

He adds: “The view from the green of the whole bay is spectacular, whether the tide is in or out.”

The large and airy clubhouse is superbly fitted out with a spa and brasserie and there are excellent views out over the course. For a golfing test of this standard, the green fees are also remarkably reasonable. If you haven’t yet been, a round here goes highly recommended.

Based in Machynys, just outside Llanelli in Carmarthenshire, Machynys Peninsula is not far from the M4 motorway that runs through South Wales.

Get in touch with Machynys 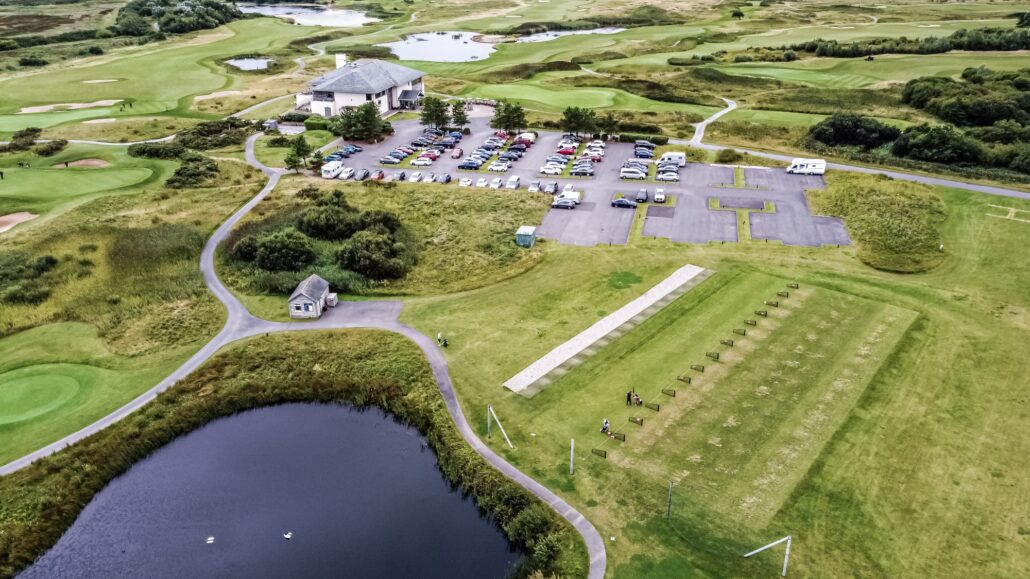 Have you played Machynys? Let us know in the comments, or tweet us.