The vista from the Isle of Purbeck is simply breathtaking. The course is positioned on a high heathland plateau and the 360-degree panorama continually interrupts one’s concentration of the game at hand.

This Harry Colt-designed, 6,295 yard heathland course is set in a nature reserve and with a par of 70 it is certainly more testing than its modest yardage suggests.

The Purbeck Course is dominated by the Jurassic Coastline, the chalk ridge known as the Purbeck Hills and is bordered by Poole Harbour, one of the largest natural harbours in the world.

Despite not being a challenge in terms of length, the unforgiving nature of the layout and general contours of the course mean that anything other than excellent course management and straight accurate hitting will be punished.

The club dates way back to 1892, and among the past owners, who were responsible for the extension to 27 holes, were Enid Blyton, the legendary writer of children’s books, and her husband, Dr Darrell-Waters.

The club was modified at the beginning of the 20th century by Colt, one of the all time great architects, and Purbeck now boasts the Dene course, a nine-holer which is suited to the beginner or high handicap golfer, as well as an ideal practice point for those wishing to take on the championship course.

Purbeck’s story is a special one.

This past year has been particularly busy, and Purbeck’s owners David Suruki and Kathy Tartar realised the immense amount of potential that the club truly has with its glorious views across Poole Harbour and the Purbeck Hills.

With this in mind, David hired golf course architects Lobb and Partners, as well as golf course consultant David Langheim, with the goal of providing members and visitors alike with a course which matches its superb vista across the coastline.

In particular, these course improvements have come off the back of purchasing almost £200,000-worth of new course machinery, including £30,000 of overseeding fairways.

It is rare to find anywhere in the world with views this special. There is no wonder the course listed as a Site of Special Scientific Interest, but the real glory of Isle of Purbeck is that they come on all four sides, whether looking out to the Isle of Wight, across the bay, or inland to the Purbeck Hills.

The championship course at Purbeck is one that all golfers should savour, as not only are the views stunning but the course itself is quite spectacular to play and provides a stern challenge for even the most accomplished golfer.

If there is a golf course where you could drag your non-golfing partner along, this is it. You might even see some wild horses…

Isle of Purbeck is situated on the south coast of England about two miles north of Swanage. 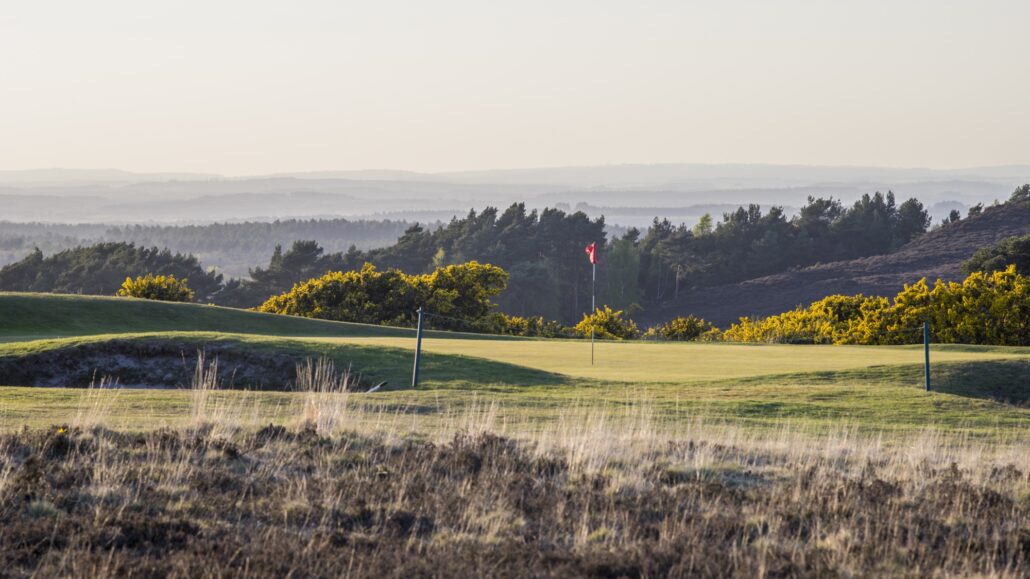 Get in touch with Purbeck

Have you played Isle of Purbeck before? Let us know in the comments, or tweet us.