Spanning the majority of the historic Langness Peninsula on the Isle of Man, Castletown Golf Links is bounded on all sides by the Irish Sea and represents links golf at its very best.

Yet the course is not just worth a visit for the views alone, spectacular as they are. If you are a fan of links golf in its purest form, where you can smell the sea with every shot and feel a sharp wind with every step, a visit to Castletown should be considered a necessity.

The layout features clifftop fairways, grassy dunes which are peppered with yawning bunkers, improbable outcrops, and beach-lined greens. No two lies are the same here, and the turf boasts that wonderful sandy texture which makes ball striking an absolute delight.

An old Tom Morris design, the course was laid out in 1892, partially on the site of the old racecourse.

Revisions were carried out by Dr Alistair MacKenzie just before the onset of the First World War, with the Manchester Guardian reporting that the course had been “reconstructed entirely on modern principles and improved almost out of recognition”.

Phillip Mackenzie Ross then made further revisions after the Second World War to form the course that’s now in play today.

Without a doubt the landscape.

The Langness Peninsula, on which the course is set, is also a site of specific scientific interest. It contains evidence of human population spanning back more than 8,000 years from the Mesolithic period onwards.

The coast also brings its own special brand of wildlife, bird life and plant life, and a backdrop of the golden gorse flower and the purple heather adds to the colourful island experience. Also, there have been many sightings in Castletown Bay of basking sharks, seals and dolphins.

Castletown Golf Links is located on the Isle of Man at the southeastern tip of the island. The club is reachable in just one hour from UK airports.

Get in touch with Castletown Golf Links 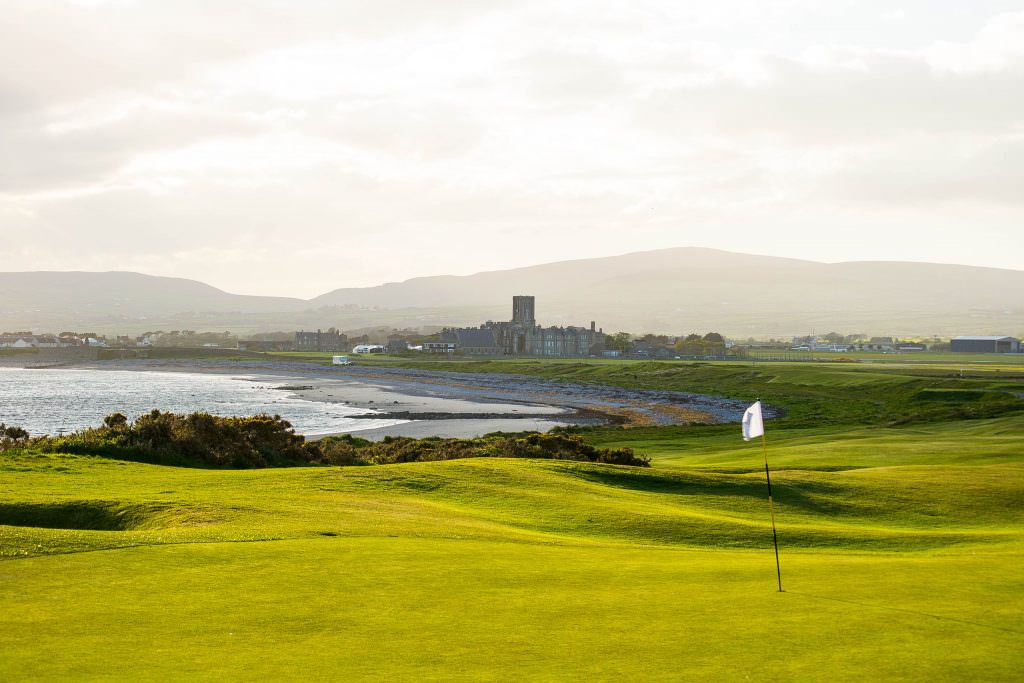 Have you played Castletown Golf Links? Let us know in the comments, or tweet us.