As if he wasn’t already shy of a ridiculous stat, or having his highly anticipated return hyped up any more, Tiger Woods could potentially make one of the most ridiculous world rankings jumps we’ve ever seen when he tees up at the Hero World Challenge.

Woods has been absent from the game since his emotional appearance at The Open in July. Since then, the 15-time-major winner has slumped to an all-time low in the Official World Golf Rankings, plummeting outside the top 1200 for the first time in his coveted career.

But now, according to the ever-reliable VC606 on Twitter, Woods could catapult over 1000 places in the OWGR if he were to win his own tournament in Albany….

We didn't have one of these for quite a while…@TigerWoods is currently ranked #1266 in the world. With a win at #HeroWorldChallenge next week he would jump more than 1000 places, inside the top 250!

Ok, we know we’re getting slightly ahead of ourselves here. Especially with eight of the top 11 players in the world competing at the Hero World Challenge, and given the fact Tiger has only played three events since his horrific car crash in February 2021.

But with only 20 players teeing up at the unofficial PGA Tour event in the Bahamas, which features the likes of Justin Thomas, Jordan Spieth and Viktor Hovland, Woods is set to soar up the rankings no matter where he finishes in Albany, which is surely music to every golf fan’s ears – unless your name is Greg Norman… and maybe Jon Rahm. 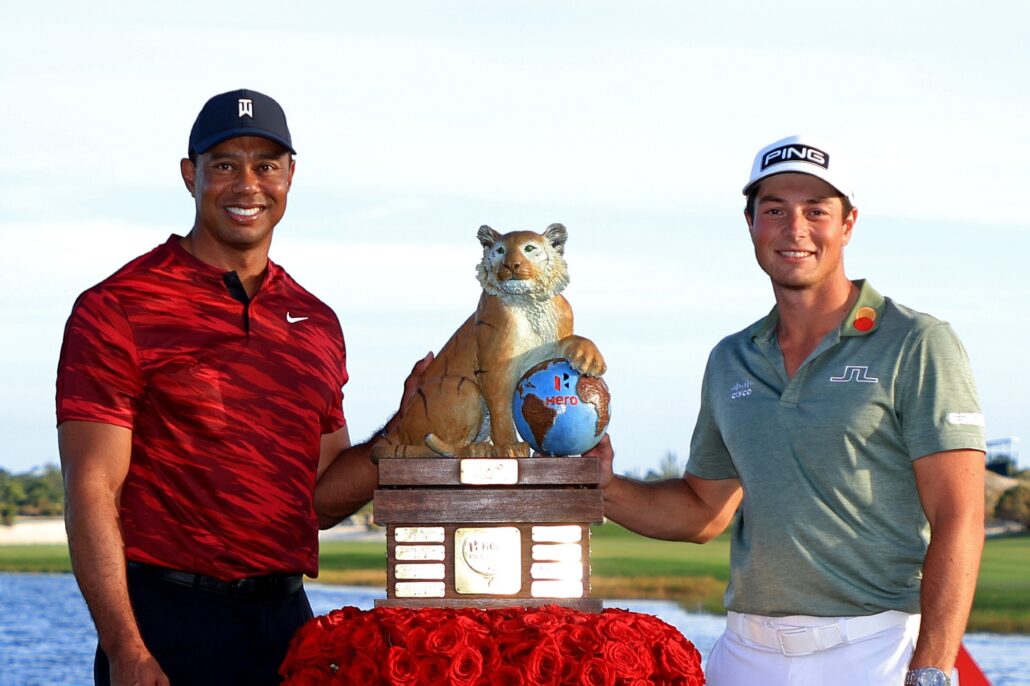 And if that wasn’t exciting enough, the sighting of Woods at his own Hero World Challenge is only the beginning of a Tiger-filled December.

Fresh off making a potentially ridiculous OWGR leap, the 46-year-old will compete alongside Rory McIlroy when the pair take on Thomas and Spieth in The Match.

After that, it’s then the one you’ve all been waiting for as Woods swaps Rory for Charlie when the father-son duo tee up at the PNC Championship in Florida.