We like a little flutter here at NCG HQ. (Emphasis on “little” – we’re very sensible and we hope you are too.)

Every now and then someone goes viral for winning a crazy accumulator and it turns out the Ryder Cup is no different.

One punter, according to the PGA Tour’s betting hub Golf Bet, won almost a million dollars by predicting the outcome of the 12 singles matches on Sunday.

The acca – or parlay, as our friends across the pond call it – needed wins from Brooks Koepka, Bryson DeChambeau, Dustin Johnson, Justin Thomas, Patrick Cantlay, Daniel Berger and Scottie Scheffler for the Americans, as well as Rory McIlroy, Ian Poulter and Lee Westwood for the visiting team.

It also needed the match-ups between Collin Morikawa and Viktor Hovland as well as Jordan Spieth and Tommy Fleetwood to end in a tie.

Well, as you know, that all came in.

A bettor @FDSportsbook turned $8 into $966K on a 12-leg Ryder Cup parlay this past weekend!https://t.co/dj8LoHntTW pic.twitter.com/YNvJNGU8fd

Imagine how this bettor was feeling as Daniel Berger and Matt Fitzpatrick – the only two players left on the course at Whistling Straits – came down the 18th all-square, only for the Englishman to fat his approach into the water. 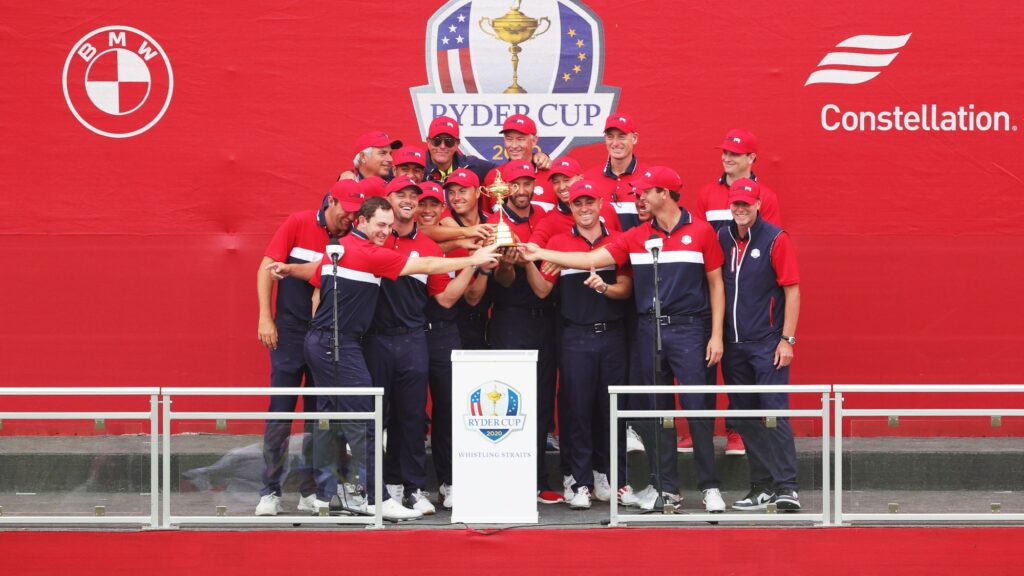 Ryder Cup player ratings: How the stars stacked up at Whistling Straits