The experts at Shot Scope have analysed thousands of rounds from golfers on both sides of the Atlantic. But who comes out on top? Hannah Holden reveals all

While we’ve all been spending out time in the build up to the Ryder Cup trying to predict pairings, discussing the teams, and wondering who might take home that tiny trophy, the data geeks at Shot Scope have taken on a different perspective. Namely you.

So who would win a Ryder Cup if it was competed between club golfers from Europe and the USA? Let’s have a look…

How did ShotScope set it up?

The data for this project was taken from 1,000 European and 1,000 American ShotScope users. In 2020 these groups of golfers totalled the exact same score to par – this ensured that the playing field was totally level for this match.

The data highlighted that European Shot Scope users play golf more often, with an average of 5.76 rounds per month, versus 4.28 rounds played by American golfers.

European’s also played a greater variety of courses, playing an average of 2.84 different courses per month compared to 2.36 by their trans-Atlantic counterparts.

However, the data identified that American golfers tend to play on longer courses, with an average length of 6,239 yards, compared to the slightly shorter 6,176-yard average on this side of the pond.

So what was the outcome?

Each of the 12 matches featured a different performance statistic designed to set apart the ability of golfers from either side of the Atlantic.

Europe shot ahead putting the first point on the board thanks to their low average score to par. But America quickly hit back thanks to their long driving distance, percentage of fairways hit and the fact they were leaving the least approach shots short.

From then on it was a ding dong battle with each side delivering blow after blow. Europe managed to square the match after coming from behind and claiming the last two games. 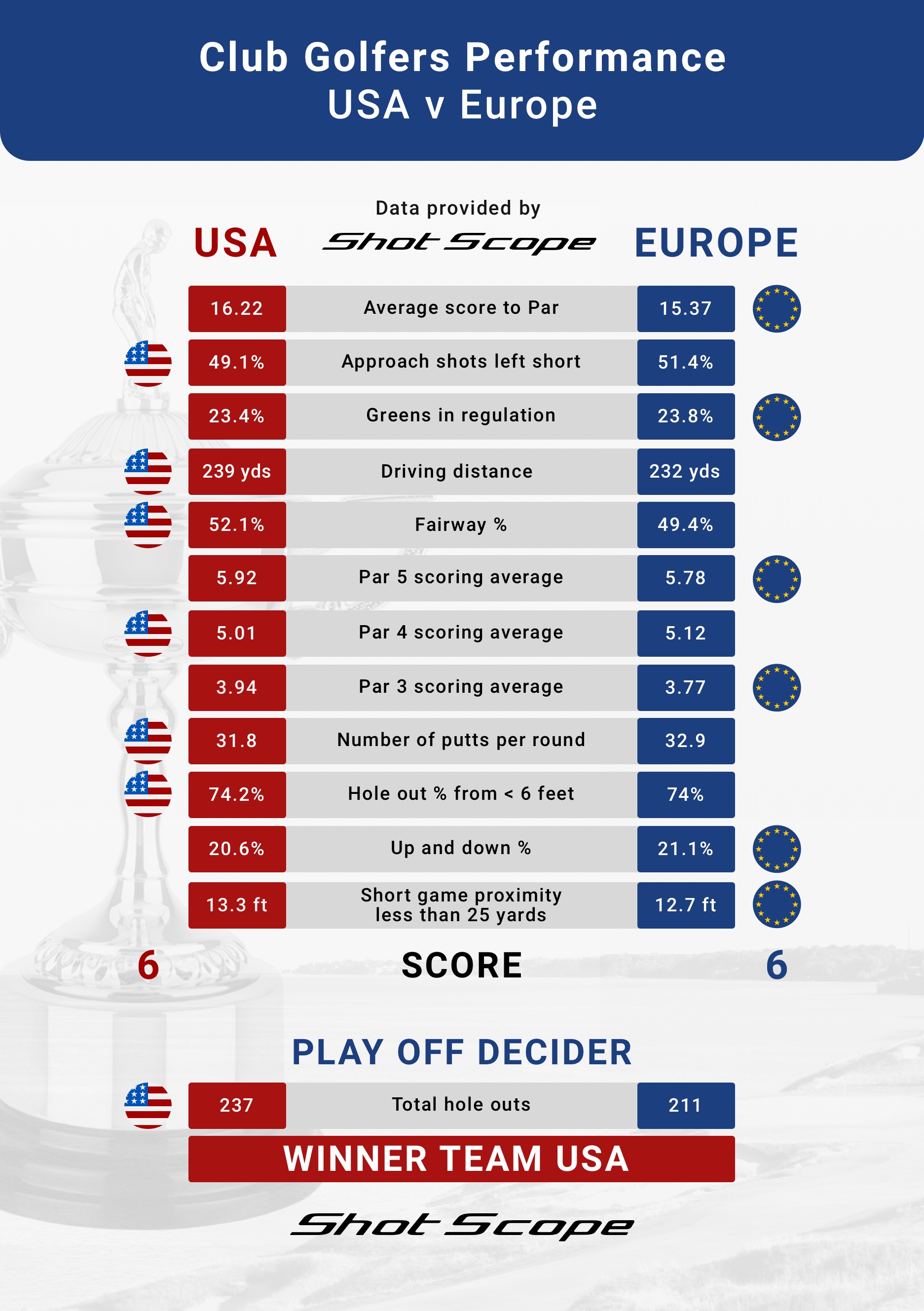 But in the end the USA took the title of the ‘best club golfers’ in a play-off decided by number of total hole outs.

I don’t know about you, but I think this needs to happen for real…