How a teenage Sergio almost took down Tiger

It was the recovery shot that thrusted Sergio Garcia into the major limelight as the Spaniard took on Tiger Woods at Medinah. Dan Murphy recalls an unforgettable PGA Championship

The tree to the right of Medinah’s 16th fairway is no longer there. In fact, it hasn’t been for a decade.

The red oak was removed before it collapsed, the fear being that it could happen just as the latest attempt to recreate Sergio Garcia’s famous recovery shot was taking place.

Can it really be 20 years since the Spanish teenager announced his arrival on the world stage by slicing a 6-iron from the tree roots on to the green in the final round of the 1999 PGA Championship?

Rarely is a tournament remembered more for its runner-up than its champion – at least not for the right reasons. But Garcia is a notable exception.

He had turned professional earlier that summer, winning the Irish Open on only his sixth start in the paid ranks. Still only 19, this was his second major as a pro. And the first in which he had made it to the weekend.

As a footnote, this would prove to be Stewart’s final major appearance. Just two months later, he would lose his life in a plane crash at the age of 42. 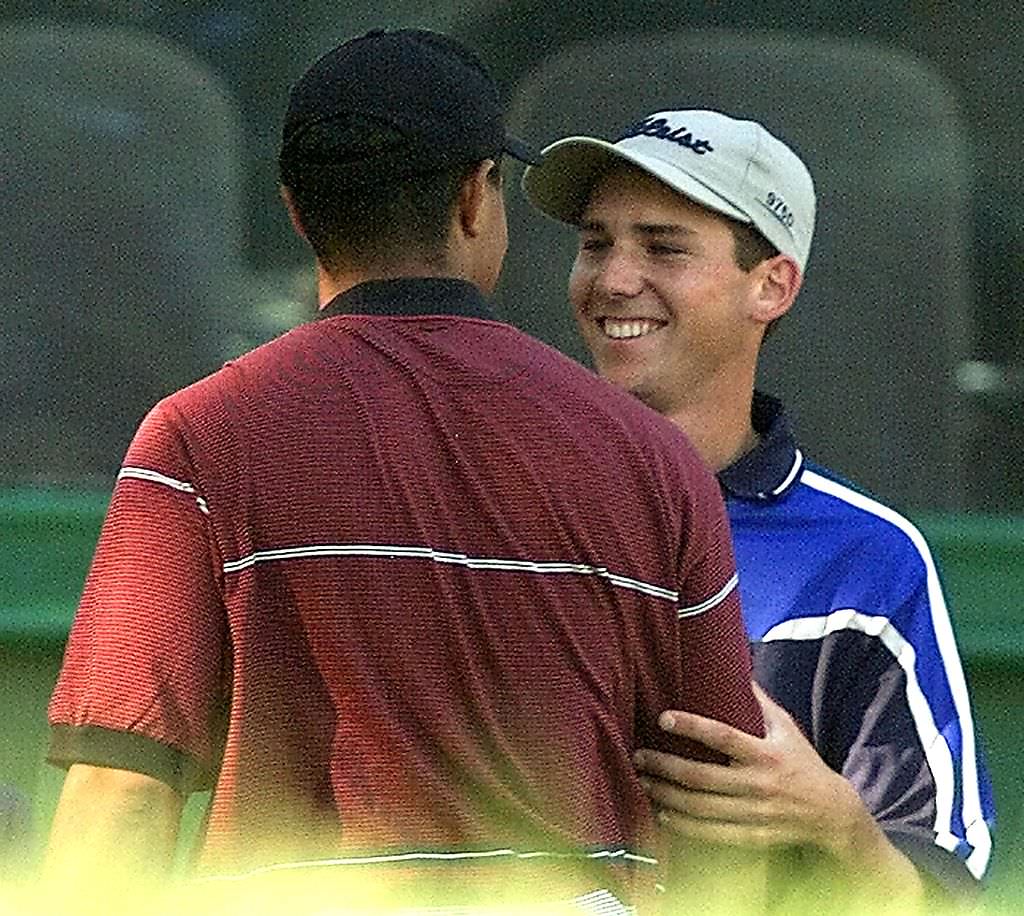 By Sunday afternoon in steamy Chicago, it seemed clear that we were witnessing the beginning of golf’s next great rivalry.

Tiger Woods, then 23, was the overnight leader and, with the benefit of hindsight, this major marked the beginning of his era of major dominance. He would go on to win a further 13 majors across the next nine years.

However, on that Sunday afternoon in Illinois he was grinding away. His goal? To prove that his 1997 Masters win, some two and a half years earlier, was a sign of things to come rather than a moment of brilliance.

The precocious Garcia, meanwhile, was a breath of fresh air – though the comparisons to his countryman Seve Ballesteros were as tedious as they were inevitable.

Here was a player who was animated, creative, naive, exuberant, outrageously talented and just plain excited.

With ‘El Nino’ emblazoned on the back of his Titleist cap, the teenager led by two after an opening 66. But heading into the final round it was Woods and Mike Weir in front, two clear of Garcia and Stewart Cink.

As Weir quickly faded, Woods established a five-shot lead over the field heading into the back nine.

But he then dropped three shots in two holes, while Garcia was birdieing the short 13th. Suddenly, the Spaniard was within a single shot of the lead.

After a bogey at the 15th, though, his tee shot at the 16th went right, rolling against the roots of a certain tree.

With the green the best part of 200 yards away over the crest of the hill, it seemed his chances of a first major title were over. Garcia had other ideas. 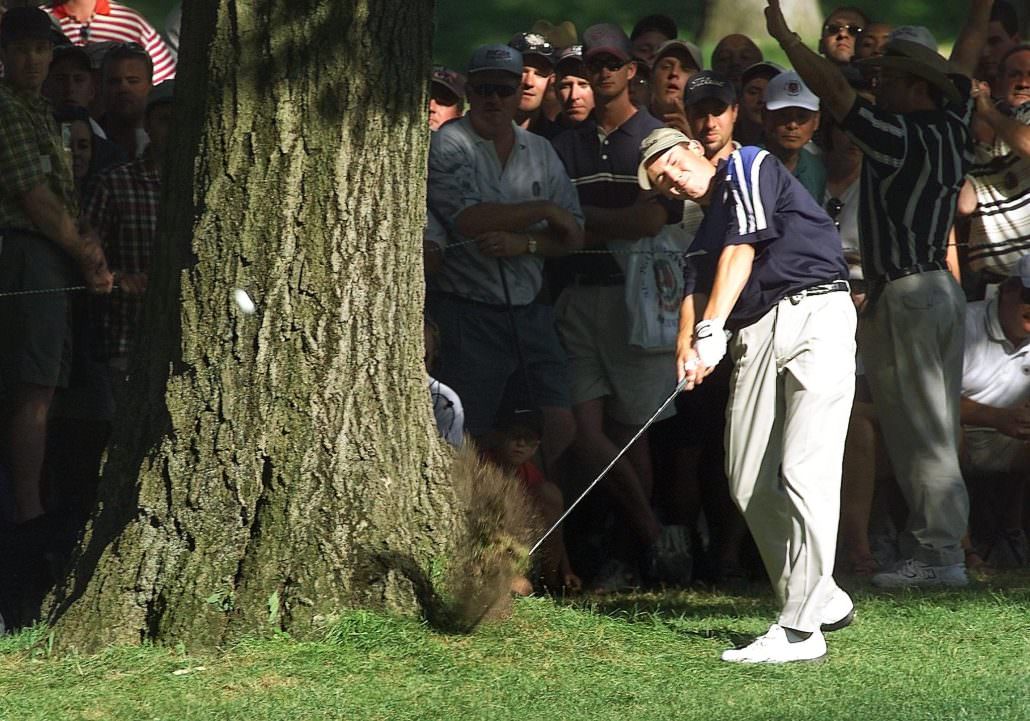 Selecting a 6-iron and aiming way left, he fashioned an outrageous recovery – a low, corkscrewing slice. This despite closing his eyes and raising his left leg at the last second, apparently flinching at the prospect of a rebound off the tree.

If the shot was remarkable, no less so was Garcia’s reaction as he he chased after his ball.

Knowing that he had pulled the shot off beyond his wildest expectations, with a hop, a skip and a jump he sought a view of it running up and on to the left of the green.

Grinning with a mixture of pride at the skill of the shot, plus an acknowledgement of the element of luck involved and a sigh of relief that he had avoided injury, he saluted the galleries. 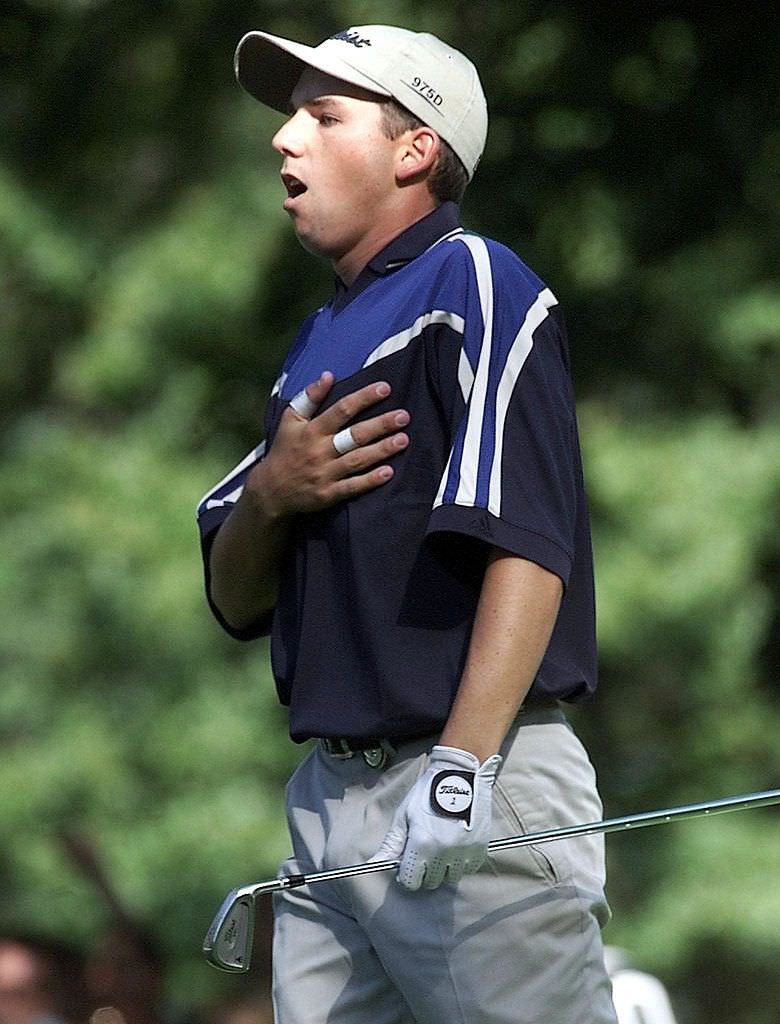 And how they loved this precocious talent for his fearlessness and derring-do.

Two putts later and he had saved his par, while Woods was dropping another shot. Remarkably, the advantage was back to one.

At that stage, it would have taken a brave man to bet against Garcia finishing the job off. But two closing pars for Woods were enough to match his opponent. The pair embraced warmly on the final green.

It has not always been as cordial as that since then between the two men, who have to date combined for a total of 16 majors. Unfortunately for Garcia, 15 belong to the American.

The following month saw Garcia make his Ryder Cup debut at Brookline. Both his golf and his demeanour were a continuation of what we had seen at Medinah.

He formed an unlikely partnership with Jesper Parnevik, some 15 years his senior but every bit as excitable. The Spaniard and the Swede bounced around Brookline.

On the first day alone they defeated Woods and Tom Lehman, followed by Phil Mickelson and Jim Furyk. On Saturday, they dispatched Stewart and Justin Leonard. Finally, Love and Duval restricted them to a half. 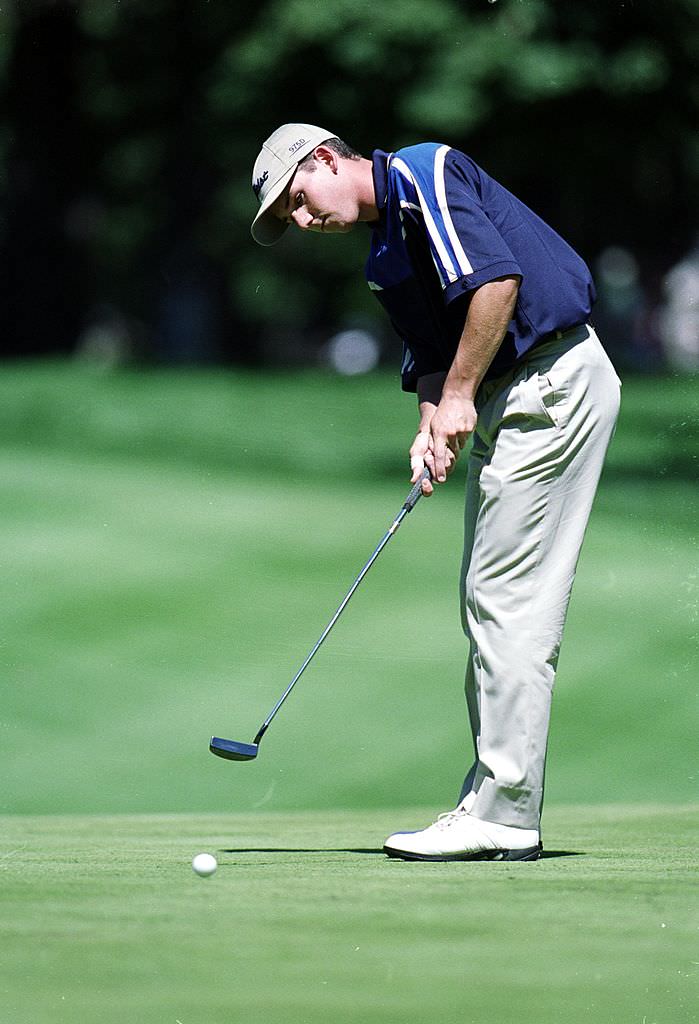 It is true that Garcia’s on-course persona has changed dramatically in the past two decades. Believe it or not, he used to putt with a flow far removed from the method he employs these days.

These days it is rare indeed to spot one of his putts that genuinely runs at the hole. The Garcia at the 1999 PGA Championship, by contrast, was nothing if not fearless. 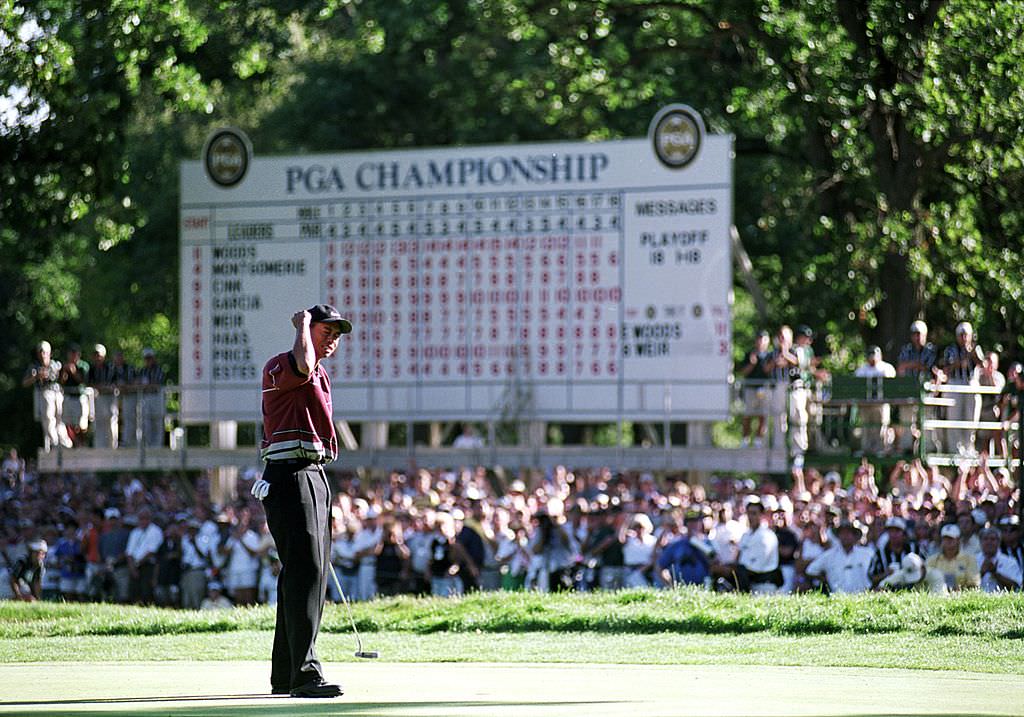 Similarly, beyond the trademark red shirt, Woods at 43 has little in common with the young man who won his second major at Medinah in 1999.

But they are two true champions, emerging in the late 20th century and going on to help to shape golf in the first part of the 21st. And it all started with one miraculous 6-iron.