Sergio Garcia and that 6-iron, 20 years on. The Spaniard talks Mark Townsend through one of the greatest recoveries which very nearly helped him break his major duck at just 19

It is partly because of one moment of out-and-out brilliance that the magnificent red oak tree, which lined the right side of Medinah’s 16th hole and helped spark the Sergio Garcia phenomenon, is no longer there – in 2009 it was removed after a decade’s worth of wannabes trying to recreate one of the most famous recoveries in major history.

The good news is that a part of the stump sits in a display near the clubhouse, which tells you plenty about a shot by not even the eventual winner, while it also led to a welcome shift in Medinah’s pace of play.

A spokesman for the country club said in 2012: “If Sergio had won the tournament we would have put a plaque on that spot. There were days when the green staff found broken shafts there. We were always waiting for the call ­telling us that someone had broken their wrist.

“Pace of play actually increased by 20 minutes after we removed it. Nobody stopped there any more.”

When we rewind to the day itself, Sunday August 15, 2009, the real-time conversation between Gary McCord and on-course reporter Peter Kostis, before a late word from Peter Oosterhuis, tells us precisely what was happening at the time rather than how some of us perceive things 20 years later.

“He can go forward a little bit but there’s no way he can attempt to go at the green or his wrist will be ruined for life,” McCord opines. “But I just don’t see this kid not giving it a go, he’s just going to try something goofy and it’s kind of fun to watch, it’s just dangerous. You could mangle your hands forever here. We might need an osteopath out here immediately, I don’t want to watch this. What’s he got? What club’s he got?”

McCord clearly can’t believe it: “Yeah, that doesn’t have much loft. I think he’s going to try and give it a whack, ladies and gentlemen. Small children don’t watch this.”

Garcia hits, his eyes shut and his head turning away in readiness for what McCord and the rest of the world are predicting: broken limbs both from the tree and the player.

“Yeah this is through in the left rough,” Kostis predicts.

Garcia breaks into a sprint and scissor kicks himself into the air to try and give himself a better view of what he’s just produced.

“Look at him, he’s quick too … oh my goodness he hit it on the green!” McCord says with a laugh. “That’s unbelievable! And by the way he’d make a good wide out.”

Garcia, not even for effect, bends over with his hand on his heart.

Oosterhuis adds: “Gary, if you have Seve as one of your heroes what do you expect him to do?”

“Oh you’ve got to go for it,” says McCord. “There we go, that’s what I do too, close my eyes and hit it. Wow, what a golf shot. Oh my goodness, is this fun? This is unbelievable.”

Approaching the 16th green the 19-year-old Spaniard takes Kostis’ hand to check his still over-excited heartbeat and, even on the 17th tee, Garcia is there recreating the shot for the benefit of his playing partner Stewart Cink.

Half an hour later, equally as fascinating, Garcia is taking in a standing ovation from the gallery surrounding the 18th green to a background of cries of ‘SER-GI-O’. If there was a fans’ favourite that day in Illinois it was the kid from Borriol rather than the new champion Tiger Woods.

Minutes later the pair are sharing warm hugs, three times Tiger compliments his young contemporary with a “great playing” before signing off with an affectionate “good job”.

Much like the leaderboard of that day that also boasted the likes of Jay Haas, Nick Price, Bob Estes and Colin Montgomerie, how times change. The following year Garcia’s over-exuberant celebrations at the ‘Battle At Bighorn’ are said to have begun one of the game’s longest-running rifts.

In the interim Medinah kicked off a spell that will likely never be repeated as Woods trousered five of six majors. For Garcia and all the talk of a rivalry that would form the backbone of the next decade he would have to wait another 69 majors before he would get his account off the mark at the 2017 Masters.

Two decades later Garcia is sat on a stage and watching the video above as part of his 20-year anniversary with Adidas. He must have seen the shot a thousand times but he’s still transfixed by the whole thing.

“At that moment you’re not thinking about what can go wrong, I was in the mix and I was playing with Tiger for the PGA Championship. I was just focusing on trying to get to a number to see if I could beat him or at least get into a play-off.

Had Garcia done the reasonable thing and tried to make par the other way – he actually came within a foot of holing the resulting 40-footer – then things, in the short term at least, might have been a bit different for the teenager who had only turned pro earlier that year.

“The other possibility was to chip it out 40 or 50 yards and then hit a wedge in but the 16th hole at Medinah is uncomfortable and kind of goes up and then down and then back up to the green so, unless you get it all the way to the top of the ridge, you can’t really see the green. Even if you are hitting a wedge it would have been tough and I didn’t want to make bogey so I went for it.”

And so the legend of Sergio Garcia was born in just his second major as a pro, his first coming at ‘Car-nasty‘ where he propped up the field with rounds of 89-83. Then again this wasn’t an altogether big surprise given how brilliant his amateur career had been – in the two tournaments preceding the Open he had won at Druids Glen in Ireland before finishing second at Loch Lomond the week after.

“The whole year was incredible. I turned pro and everything went amazingly, I was very fortunate. To be able to be in contention to win a major was amazing. And not only that but because of that week I was securing my PGA Tour card, I was getting myself into the Ryder Cup team. The European and PGA Tour cards were on my mind but, being a part of the Ryder Cup team having only turned pro in April, it wasn’t really a thought until it happened.

“You always hope to keep going the same way from your amateur days but it’s funny as you’re starting from scratch. What you’ve done before gives you confidence but this was all a different level. I was hoping that things would go well but I didn’t know that they would go that well.”

For more on Sergio... 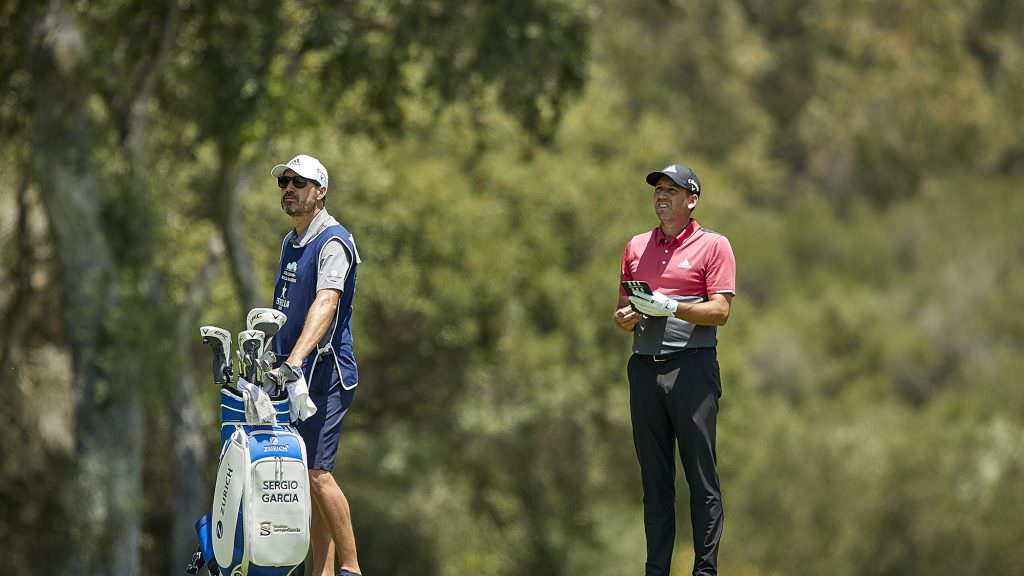 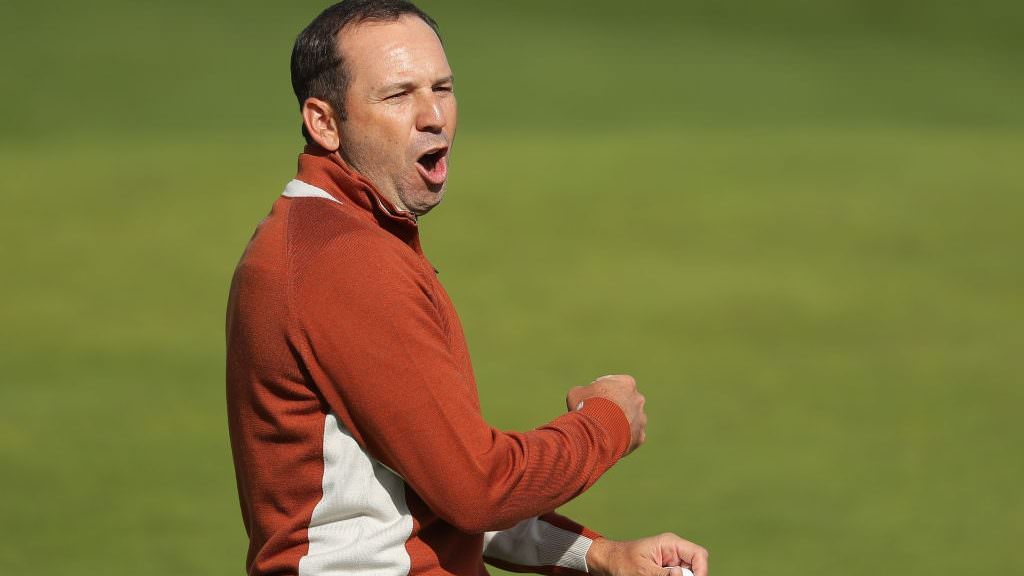 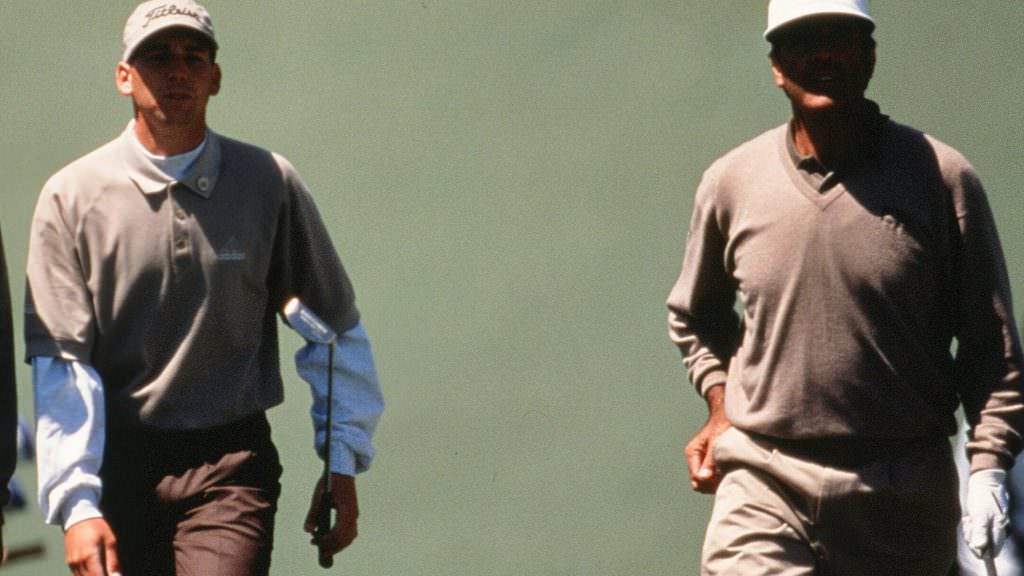 Would you rather have Sergio or Seve on your Ryder Cup team?

Is your golf club the best in England? Here's how you can nominate it for an award

Hey, slow coaches, since when did 'playing through' stop being a thing?

Go ahead, take the Saudi cash – but please stop the embarrassing attempts to justify it