Has this green book hack passed you by in the new Rules of Golf?

The R&A and USGA have brought in many restrictions to the use of the controversial maps, but in the 2023 rules there is a subtle change of tack. Steve Carroll explains

You thought you’d pretty much seen the end of green reading books. But have the new 2023 Rules of Golf offered a very limited way back for the much-maligned maps?

Only divots seem to get club players more angry than the use of anything artificial to help someone to read a green and when new restrictions covering them appeared in a large interpretation to Rule 4.3a at the end of 2018, it suggested the final nail had been hammered into their coffin.

A Local Rule, which appeared at the start of 2021, went even further – giving committees at elite tournaments the chance to limit players to “using only the yardage book that it has approved for use in the competition”.

The earlier interpretation, which did allow players to use green reading materials or other putting green information, came with a host of restrictions including size, scale, and a clamp down that forbade the use of magnification.

Those limitations applied to any stroke made from the putting surface and to a stroke “made with a putter from anywhere when the player’s intention is for the ball to come to rest on the putting green”.

That interpretation now appears as a clarification in the new Official Guide to the Rules of Golf but there is a very small, but interesting, change that comes into effect in January 2023. 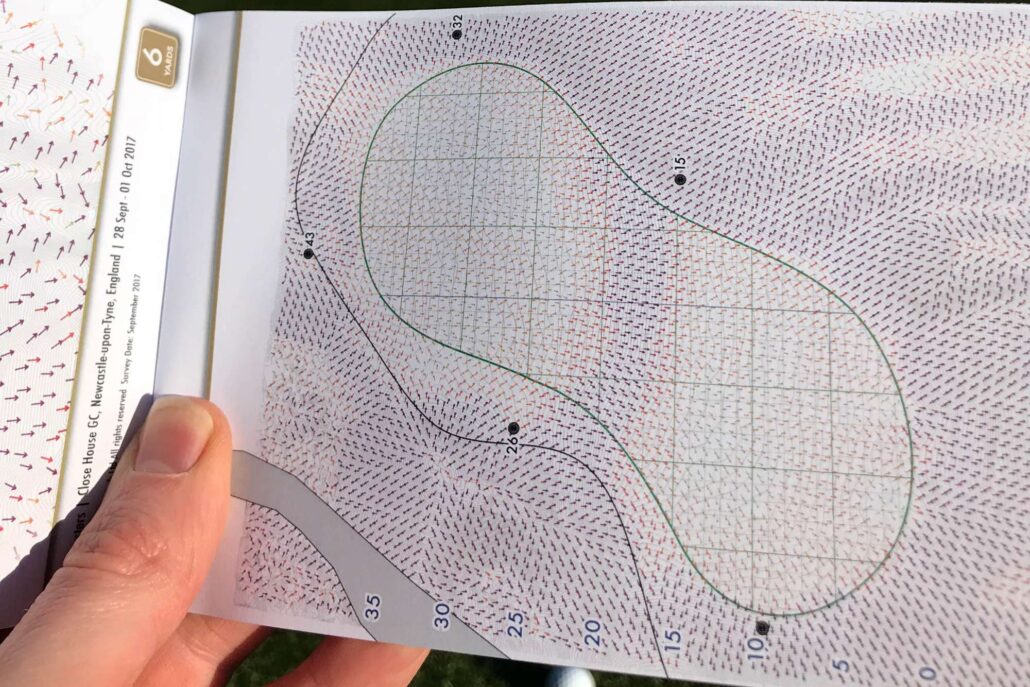 But an R&A and USGA’s outcome changes document, summarising the main changes between the 2019 and 2023 rules, says the limitations now apply only to strokes made on the putting green. What might this mean in practice?

So if your ball is in the fringe, and you’ve got a putter in your hands, the restrictions outlined in the clarification – brought in to ensure the “ability to read a green remains an essential part of the skill of putting” – wouldn’t be in force.

Will it make any difference? Clubs and competition committees can still bring in Local Rules that essentially render green reading materials all but useless. And how much could you actually gain in this very limited instance?

We’ll soon find out but, for any players who are always trying to gain any little edge, it’ll be a surprise if someone doesn’t give it a try.

What do you think about golf green books and how they’re handled in the 2023 Rules of Golf? Let me know with a tweet.