Can you practise on the course before a round? Here's what the Rules of Golf say

Is it allowed to sneak a few holes in before teeing it up in an event? Our Rules of Golf expert Steve Carroll has the answer

What if you don’t want to restrict your warm-up to just a few shots on the range? What if your favourite way to tune up for a competition is to get the feel of the course with a few holes first?

Is there anything in the Rules of Golf that stands in your way? Well, it depends what you’re playing and even how many holes your golf club can boast. Let’s get stuck in…

Is it allowed to practise on the golf course before a round? What the rules say

The format makes a massive difference to the answer of this question. But first things first. Rule 5.2 says that practising on the course means “playing a ball, or testing the surface of the putting green of any hole by rolling a ball or rubbing the surface”.

Now we’ve got that housekeeping out of the way, let’s start with match play. You can practise on the golf course before a round or even between rounds of a match play competition. Don’t believe me? Check out Rule 5.2a for yourself. It’s all there in black and white.

What about stroke play? For most of you, it’s going to be a no. Rule 5.2b says that on the day of a competition, a player “must not practice on the course before a round”.

There are some caveats to that – most of them you already know if you rack your brains hard enough. You can practise putting or chipping on or near your first teeing area, you can hit shots on any practice area and – wait for this one – you can practise “on or near the putting green of the hole just completed” even if you will play that hole again on the same day. 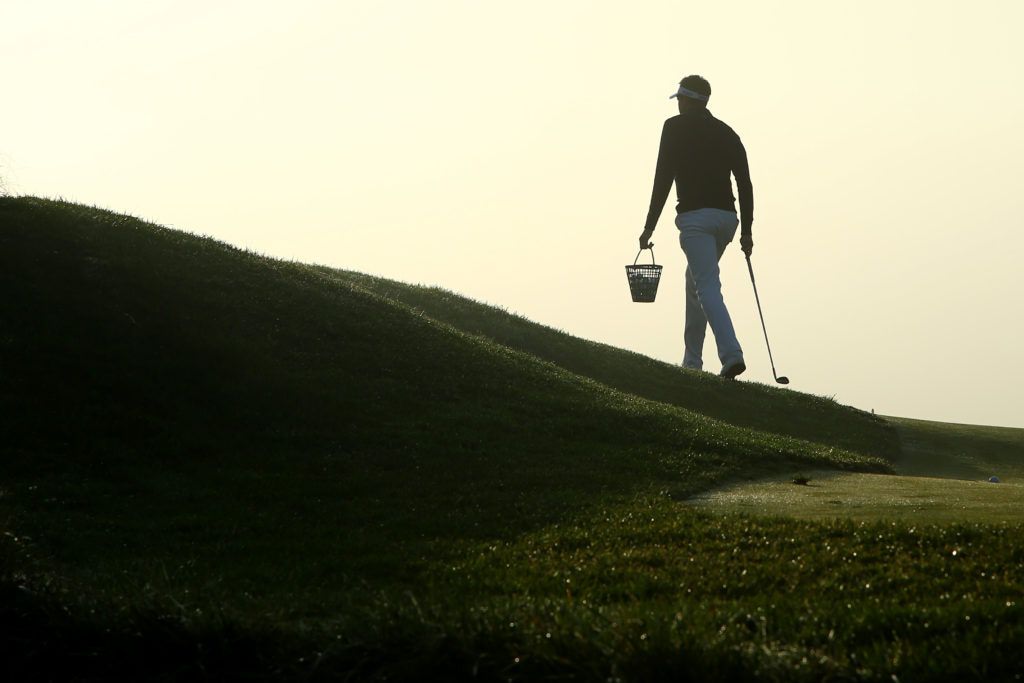 There is a Local Rule (Model Local Rule I-1) that can limit and prohibit these in either form of play, so make sure to look at the noticeboard or scan the back of the scorecard before making any assumptions.

And you really need to know where you stand. If you mess it up, a two-shot penalty is applied to the first hole under Rule 5.2. Do it again and it’s disqualification.

But there’s more. You can also practise on the course once you’ve completed play of your final round for that day. A clarification reveals that means when you “won’t play any more holes that day as part of the competition”.

What about if your club has two courses? Are you allowed to practise on the other one before taking to competitive action?

Another clarification to Rule 5.2 says ‘course’ means the holes being used for “any rounds of the competition to be played on that day”.

So, if you’re playing an event on one course, you could play on the other course earlier on the same day – “even if both courses are situated on the same property with no boundaries between the two”.

This clarification goes yet deeper, with permission even extending to the same course if, for example, an event was only being held on the front nine. In that case, you’d be able to play the back nine earlier on the same day.

So there you have it. What you can do during a round, or when play is stopped, is covered in depth by another Rule (5.5) and you can find out more right here.

Despite the simplification of the Rules of Golf, there are still some that leave us scratching our heads. And as I’ve passed the R&A’s Level 3 rules exam with distinction, I’ll try to help by featuring the best in this column.