Outside Influence Rule in Golf | 2023 Rules of Golf Changes

You’ve hit a lovely drive but it’s nowhere to be seen. Has an animal made off with it? Here’s what our Rules of Golf expert says you need to consider

It’s a game in an outdoor space so, inevitably, nature’s going to get involved occasionally. But what if you think the animal kingdom has been up to no good, but you are not quite sure? Let Robert Gitsham’s email explain: “This morning my friend hit a perfectly straight drive up the fairway. We found mine just off, but his was gone.

“It couldn’t have plugged and we both saw it go as straight as an arrow up the middle. Could we find it? We looked longer than the three minutes (friendly comp and no one behind).

“I said to just drop one in the middle and carry on. On returning to the clubhouse there were reports that a crow or raven had been seen stealing balls off the course in that vicinity.

“The bird must have carried it off somewhere, which we didn’t witness, but I have seen it happen often elsewhere so I know it’s very possible.

“What’s the ruling on this, please?”

Luckily, what seems like a complicated situation has a relatively straightforward answer – although I’m not sure it’s going to please Robert’s friend. So let’s reveal all… 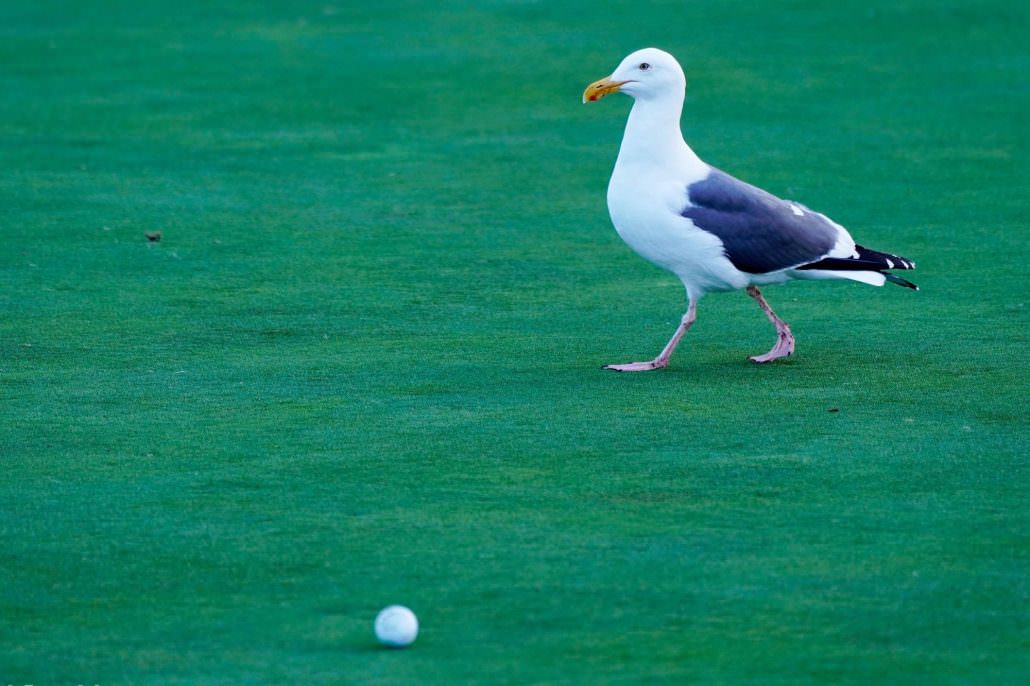 Rules of Golf explained: Has my ball been moved by an outside influence?

This question comes up in various guises but it’s almost always when a player actually sees the rogue creature making off with their ball. Here, it’s simply a belief – with some circumstantial evidence – and that makes a big difference.

You’ll know if you see an animal moving your ball, you can simply replace it on its original spot under Rule 9.6 – Ball Lifted or Moved by Outside Influence. That’s even the case if you can’t retrieve it from the thieving critter.

But there are two things here that are going to stop you getting a freebie in the situation described by Robert.

Unfortunately, a bit of clubhouse gossip that a bird has carried out some skulduggery is not enough.

Secondly, Robert and his friend also exceeded the three-minute search time and, as they did not know what had happened to the ball when that period expired, it is now lost.

That would be the case even if they were to then stumble across a raven with the ball in its beak. Once the sands of time have run out, so has your luck.

The only option – if this was a competitive round – is to go back and play again under penalty of stroke and distance.