Best on the planet! Rory returns to the top after classy title defence

Step aside Scottie Scheffler, because after an 826 day hiatus, Rory McIlroy is World No 1 once again

It was only a matter of time, but now, after over two years away from one of golf’s most prestigious accolades, Rory McIlroy is World No 1 again following an enthralling CJ Cup victory.

Having spent 826 days away from the position, McIlroy now replaces Scottie Scheffler as top dog to continue his excellent 2022. And how he achieved the feat in style with a classy display at Congaree Golf Club.

One ahead after 54 holes – knowing a successful defence of his CJ Cup title would see him regain World No 1 spot – things got tense momentarily in South Carolina as Jon Rahm, Kurt Kitayama and KH Lee all caught up to McIlroy and threatened to spoil the party.

But then, the Northern Irishman fired up the flatstick on the back-nine, holing four clutch birdie putts to keep his rivals at bay and eventually reign victorious by one shot on 17-under par.

“It means a lot,” a choked up McIlroy said after the victory. “I’ve worked so hard over the last 12 months to get myself back to this place. I feel like I’m enjoying the game as much as I ever have. I absolutely love the game of golf.”

Reclaiming the title of best on the planet for the first time since July 2020, McIlroy has now held the position nine times – a figure just two shy of Tiger Woods’s total.

On top of that, a third title of the year, a $1.89 million cash prize, a 23rd PGA Tour title, and a sixth straight season with at least one win on the circuit.

Rory and Poppy share a moment after the win @CJCUPSC. pic.twitter.com/kJIpJ5HehI

But perhaps just as crucial was the timing of McIlroy’s latest ascent to the top.

With all the recent chatter dominated by LIV Golf’s ongoing quest for Official World Golf Ranking points, how the Northern Irishman’s win may taste a little sweeter knowing he’s not only claimed the headlines back once again – just as he has on several occasions this year – but he now leads the system which his bitter opponent still remains firmly locked out of.

And as for LIV’s CEO, Greg Norman, McIlroy now begins his 107th week as World No 1, with the small matter of catching his rival’s 332-week target “in his head” as he so mischievously vouched earlier this week. 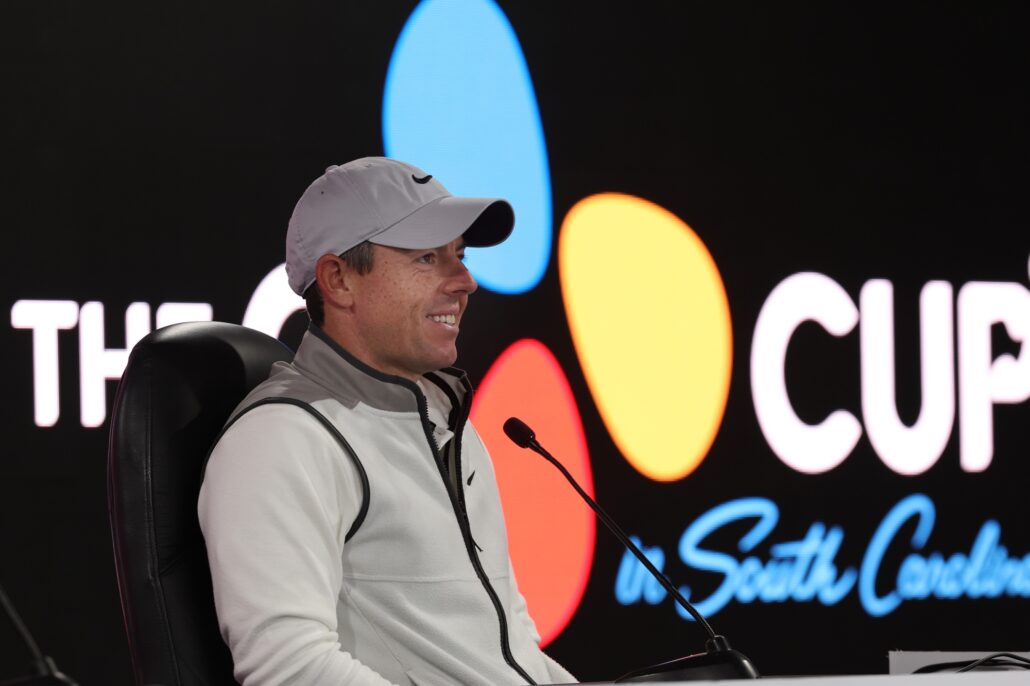 More from the CJ Cup…