'It was a waste of money': Rory's right – equipment isn't the biggest problem facing golf

Rory McIlroy has hit out at plans to dial back golf equipment. Hannah Holden agrees

Here we go again. The golf distance debate is back with a bang thanks to the latest proposals from the R&A and USGA’s Distance Insights Project.

If you’re not up to speed, the governing bodies think golfers – mainly tour players – are hitting the ball too far and want to dial back equipment to prevent this.

I’m sure you’re wondering, given my background in the game and career in golf equipment, which side of the fence I’m on. Well, I’ve never moved. My initial reaction when this issue first came to a head was most of us really don’t hit it that far at all.

If anything most amateur golfers are playing golf courses week in week out which are too long for them. Have you ever walked off after a round and thought, ‘Well that was easy!’ No, me neither. Because no one has ever even thought those words.

Less than 1% of golfers are professional, so should the governing bodies really be putting this amount of time, effort, and money into to changing equipment rules for such a small minority? Why not put that to better use by promoting grassroots golf more, or boosting the profile of the women’s game?

Imagine my delight when, just hours after filing this column Rory McIlroy – the unofficial PGA and European Tour player representative – speaking in his press conference at the Phoenix Open, had my back. If you haven’t seen this, it’s worth a listen.

Rory McIlroy is not holding back on the equipment debate.

And while the majority of the talk has been about those at the very top of the sport and those, as McIlroy describes them, “who play this game for enjoyment”, what about us in the middle?

Now I compete in several elite amateur events throughout the year. Do I have to not only own but use different equipment to play in a medal at my home club and, say, the British Amateur? This game is financially crippling enough, now you’re potentially asking a lot of players to have to invest in a second set of golf equipment.

Another issue with bifurcation is for those looking to make the switch from elite amateur to tour pro. As if it isn’t hard enough to make that step up, those golfers, who essentially need to take the spot of a player who has tons of experience from playing the same courses each year, will be forced to learn to play with new equipment at such a vital stage of their development.

And this might seem like a small thing but it’s important to so many people – but how often do we talk about golf being unique in the fact that we can play the same courses and equipment that the very best in the game play? Grassroots players in football or tennis don’t get to play at Wembley or Centre Court. It’s such a lovely quirk of our game and I’d hate for part of that to be lost.

My biggest gripe, though, is since when did hitting the ball a long way stop being a skill?

It’s an insult to the talent and athleticism of the professionals to suggest it is just the equipment making them hit the ball further.

When Phil Mickelson pulls hits one of his unimaginable flop shots, we don’t say, “The lob wedge is making the golf ball spin too much!” No. We applaud him.

Bryson DeChambeau has transformed himself into one of the longest hitters on tour. He has done this by changing his whole diet, working out, tweaking his swing, and doing some serious speed training. He hasn’t changed anything in his equipment setup in this time – so will dialling it back actually stop him?

As Justin Thomas said: “If you give us different stuff we’re still going to try to find a way to hit it as far as we possibly can.”

Every golfer knows the biggest skill of them all is being able to consistently find the middle of the clubface – something the pros do so well. It is also a reason they hit it further than we do as their strikes are so much more efficient due to their superior impact location.

The counter-argument here, then, is to make clubs less forgiving and forcing golfers to find that sweet spot. But that would also make the game less enjoyable for such a huge number of players. That’s not growing the game.

We haven’t even got to the golf courses section of this debate yet. Webb Simpson said golf course architecture needs to change: “We need more doglegs. We need tighter fairways. We need longer rough. We need smaller greens. We need firmer greens. We know that 8,000-yard golf courses are not the answer – Brooks Koepka shot 16-under at [7,700-yard] Erin Hills.”

Many commentators say classic tracks are becoming obsolete. The Old Course at St Andrews is the most common example. It played at 7,297 yards the last time the Open was hosted there – which would rank as the shortest course on the PGA Tour.

Are we really going to change the rules of golf equipment to stop a handful of players shooting double figures under par once every five years?

On the European Tour in particular, they play such a variety of layouts that it’s very rare you see players reducing courses to driver and wedge.

I’m a huge fan of DeChambeau and I really enjoyed watching him plot his way to a maiden major victory at the US Open. (I’ve never been one of those who enjoy watching the field struggle to play to par.)

Newsflash: Every other player at Winged Foot had access to the same gear as DeChambeau.

I have been lucky enough to see inside the research and development departments of the biggest manufacturers in golf. It is truly inspiring to see the new technologies how they push the limits of what their latest equipment can do.

It is also clear from talking to many of you that I’m not alone in my fascination with what my equipment can do for us and our game. Do we really want to lose this?

Do you agree with me (and Rory)? Let me know in the comments below, or you can get in touch on Twitter. 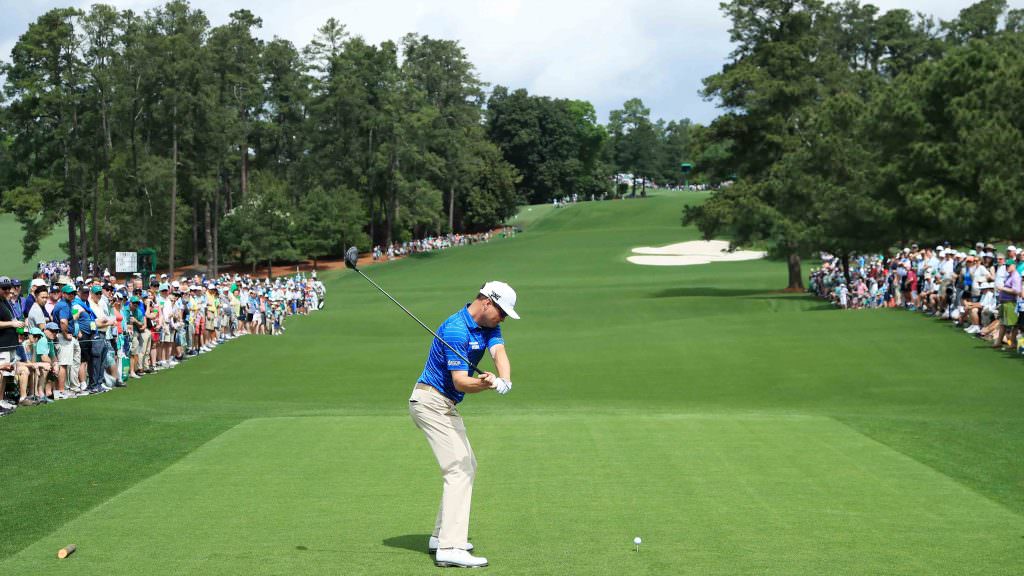 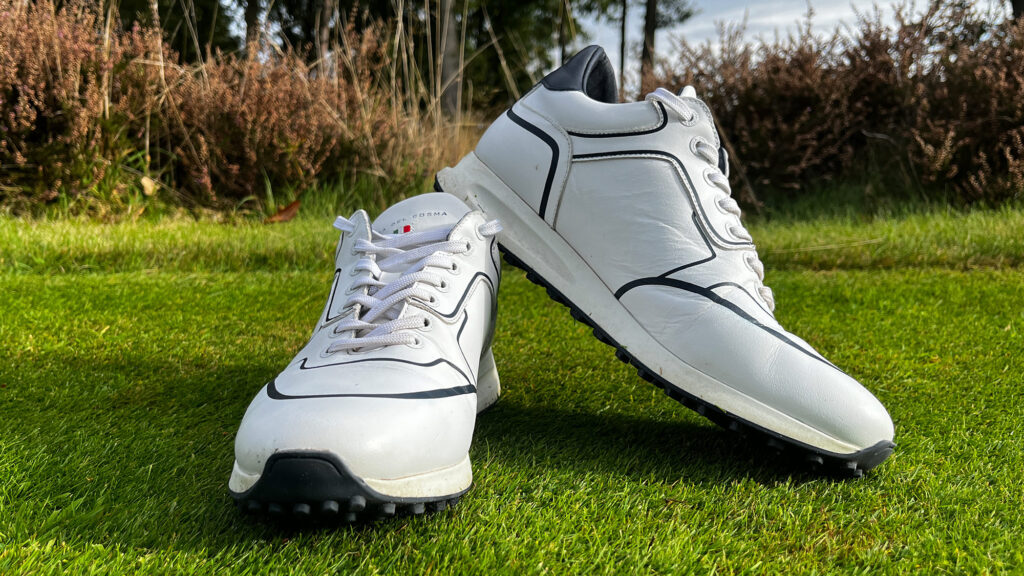 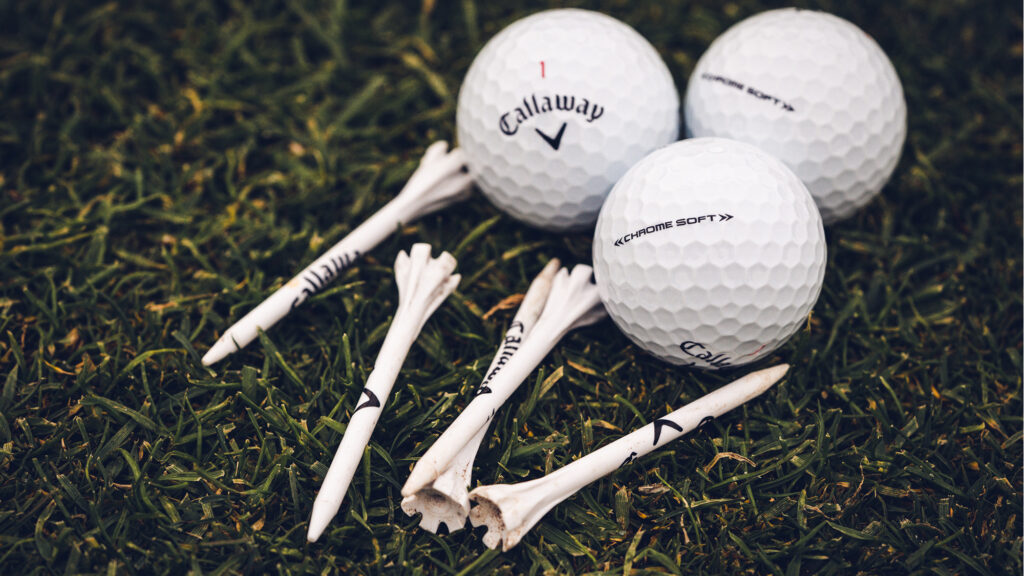