Is this how to get more people playing golf?

With Niall Horan, Gareth Bale, and a ton of research, the R&A’s new pilot programme aims to encourage more players to take up the sport - as Phil Anderton told GCMA Insights

“If no one’s aware of how they get into golf, you’re always going to struggle. So, what can we do?”

The answer, believes the R&A’s chief development officer Phil Anderton, can be found in golf.golf – a pilot scheme, in conjunction with Scottish Golf, that aims to attract a new generation to the sport.

The initiative is trying to engage audiences in a way that those who don’t already play will understand, while removing barriers and improving the way people think about the game.

The goal is to drive participation to Scottish clubs and use national sportspeople and international golf ambassadors, like pop star Niall Horan and footballer Gareth Bale, in promotional campaigns.

“The other goal is to get more people playing in the first place.”

The R&A drew on research in Australia which revealed that as many as five million non-golfers were interested in taking up the sport. Anderton said golf’s eco-system had never reached out to them and made it either attractive or easy for them to get involved.

“It was amazing to hear some of the comments that came back,” he added: ‘I’d love to take up the sport but to get lessons I’d need to be a member of a club and I’m not’.

“Well, you don’t need to be a member but that was the perception that was there. There were the usual suspects. ‘I’d love to play golf, but it’s just way too expensive to take it up’ – with grossly inflated estimates of how much it would cost to get a set of clubs or to have lessons.

“It’s reliant on each individual being proactive, reaching out to a local facility, and then it’s a cumbersome process where you’ve got to contact the club, give your details, and they then contact you back. There’s often the perception it’s going to be intimidating.”

Anderton said the governing body realised these fundamental issues could be tackled through finding a better and more effective way of engaging with people.

“The idea was, why don’t we work with our network of development ambassadors here at The R&A? There is Niall Horan, Gareth Bale, and others who will soon be announced,” he explained. 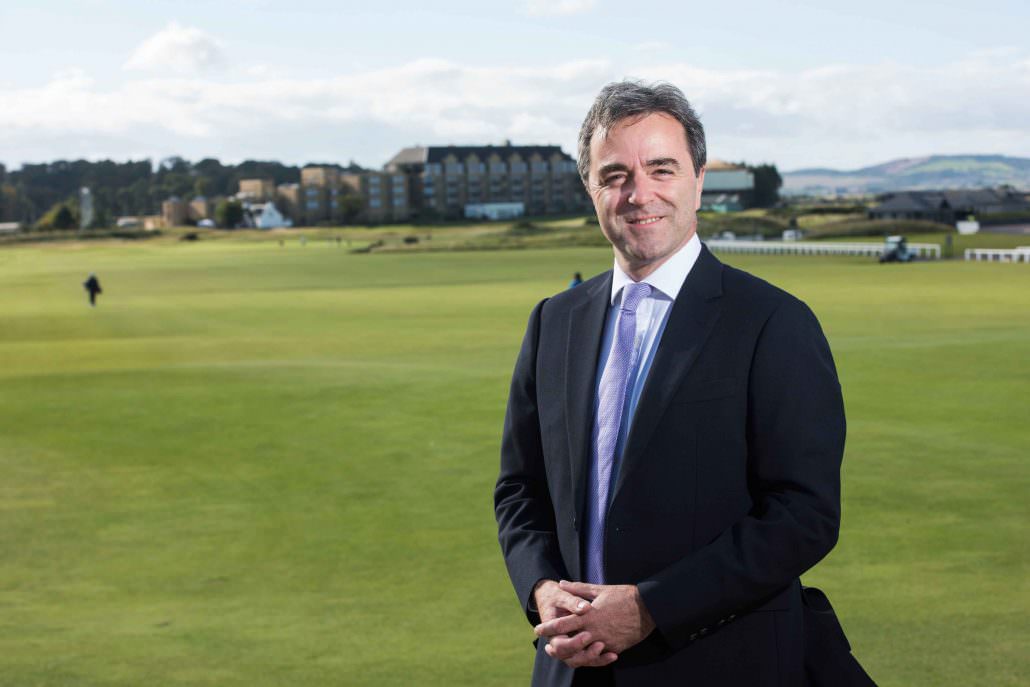 “We’ve got a good mix of international men and women who, voluntarily and at no charge to The R&A, are giving their time to encourage more people to get into the sport. We’re working with them together with national influencers.

“In New Zealand, who are doing a great job getting people into the sport, they have the All Blacks. In Scotland, we’ll be working with the Scottish curling team who won the gold medal (at the Winter Olympics) – people who Scotland can relate to.

“Then, it’s about real people. We learned this from British Cycling. One of the most powerful ways to get people to go and try [golf] is to hear from people who’ve had the experience themselves and can relay back that it was positive. It was simple. It wasn’t intimidating.”

Anderton said the combination of superstars with a huge reach on social media – Bale has 100 million followers and Horan 80 million – with real people revealing their love for golf and the ease with which it could be taken up was “powerful”.

Having located these players, the golf.golf website will then provide a single destination point that will automatically geo-locate wherever a user is clicking from in the world.

In Scotland, it funnels players to purposely selected golf clubs and venues which will provide the ideal first impressions.

With programmes already selling out, but the sport in general historically plagued by starter schemes that garner initial interest only to see it fade away, Anderton said the governing body had deliberately pitched the golf.golf scheme to clubs and facilities who were enthusiastic about being involved.

“It’s the classic marketing equation where you you’re targeting the right people with the right proposition and then the product lets you down because the experience isn’t as good as you made it out to be,” he said.

“That’s why this programme is not available to all clubs and facilities. We don’t want those clubs that don’t want to be part of it.

“I’m not being derogatory there, because there are many clubs who don’t want new members. They’re full, or whatever the reason is, so we’re working with the federations to only take those facilities they believe are welcoming.

“We’ll run the programme and we’ll do it in a joined-up way at the club or facility. By joined up, I mean the PGA professional, the volunteers, and the club themselves are going to get behind it.

“They are going to commit to the programmes and deliver what we ultimately want, which is not just people trying golf but playing golf in a sustained manner.”

You can find out more information on golf.golf website.

Picture of Phil Anderton from R&A