Peter Dawson was among those whose Ryder Cup career was cut short by the European invasion. He tells Alex Perry the fascinating story

It’s a good quiz question. Who was the first left-hander to play in the Ryder Cup?

Indeed, Peter Dawson is the only left-handed player to date to have represented Great Britain and Ireland or Europe – as it is now – having teed up in the biennial competition in 1977.

Dawson qualified for that Ryder Cup at Royal Lytham having finished seventh in the European Tour Order of Merit – there were no captain’s picks in those days – and was, at 27, the oldest of five rookies alongside Mark James and Howard Clark – both 23 – and a pair of promising 20-year-olds in Nick Faldo and Ken Brown. 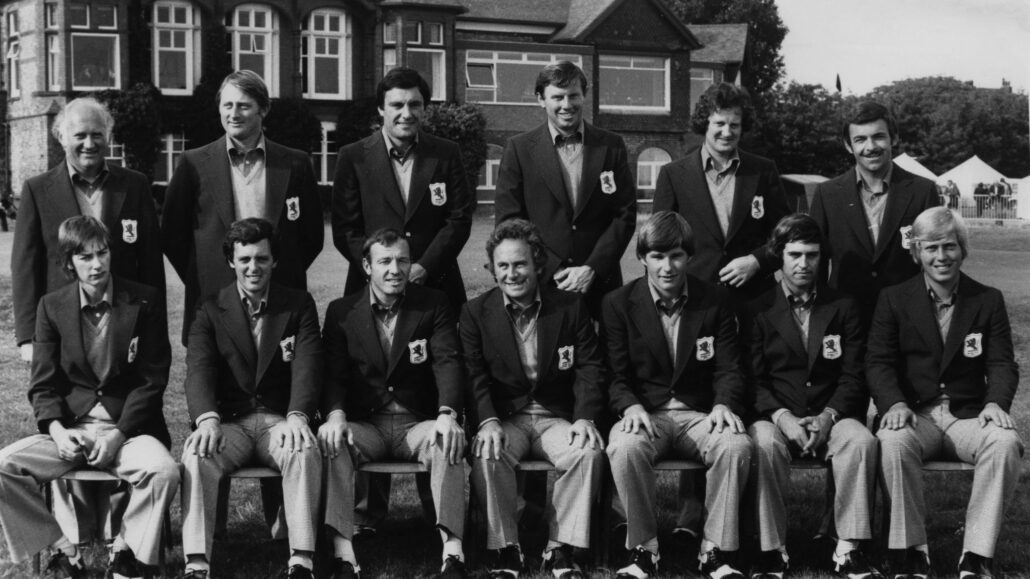 “The money wasn’t there, the TV coverage wasn’t there, and the thousands and thousands of spectators weren’t there,” Dawson explains, “but even back then to get into the Ryder Cup was your goal.

“As a professional sportsman you’re trying to play in the biggest events, and once you knew you could get into it you were out there fighting as hard as you could.

“Once you had a couple of early tournaments where you did well, you started thinking, ‘I’m in the team, I must keep going.’ The pride, the spirit, the hard work, the initiative, the endeavour to get in the team carried the same intensity as it does today.”

In the competition itself Dawson was paired with veteran Neil Coles, playing in his eighth Ryder Cup, and they were narrowly beaten by the American team of Dave Stockton and Jerry McGee in Thursday’s foursomes.

A day later Dawson and Coles teamed up again in the fourballs but were comfortably seen off by a pair of rookies in Ed Sneed and Lanny Wadkins.

But it was too little too late. Despite the talent at his disposal – alongside the rookies were Coles, Brian Barnes, Eamonn Darcy, Bernard Gallacher, Tommy Horton, Tony Jacklin and Peter Oosterhuis – Brian Huggett’s team succumbed to a 12½-7½ defeat. 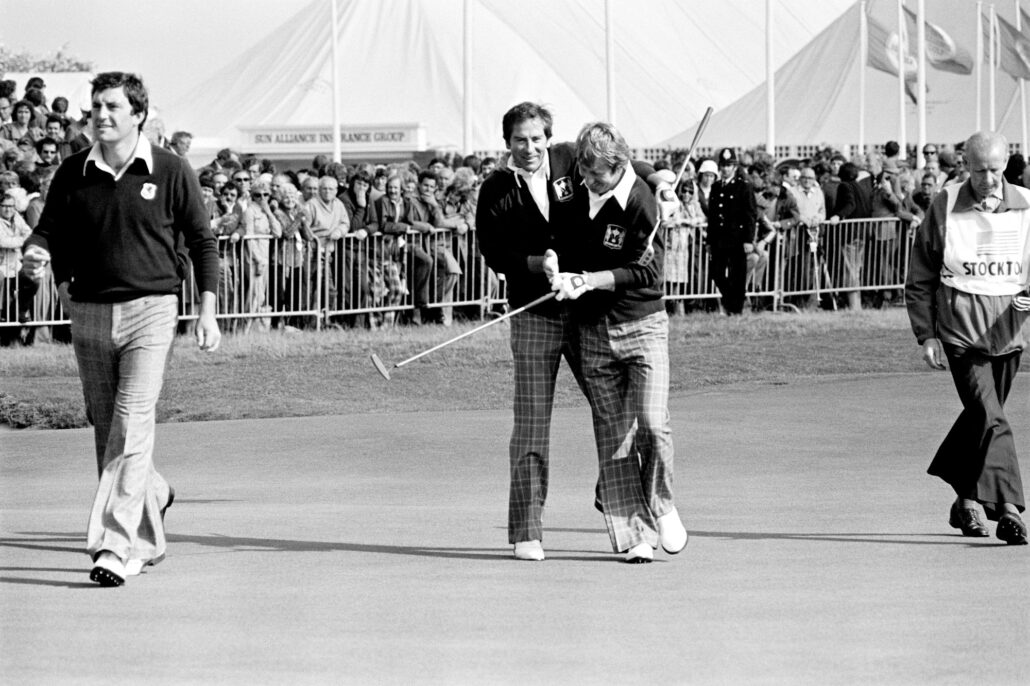 It was a five-point margin, though Dawson believes the “difference between winning and losing was very small”.

He adds: “I played foursomes with Neil – a great player and a lovely man – and we lost one-down, but we should have won.

“All the players on their day could beat anybody, but it just didn’t happen in the end – though it was a close-run thing for quite a long time.

“The Americans just expected to win, and the culture was you would always lose to the Americans, because they were so much better in those days.

“But when players started going off to America – Seve Ballesteros led the field there – then it started to change and the belief that we could win came in.”

While GB&I and the USA were battling it out over the Lancashire links, behind the scenes history-changing decisions were being made. PGA representatives from both sides of the Atlantic were thrashing out a deal that would see invites extend to the rest of the continent.

Team Europe, as we know it today, was born.

It did, of course, mean many players – including Dawson – would struggle to have the chance to qualify. Not that there is any bitterness on this front. In fact, Dawson believes the move was vital. 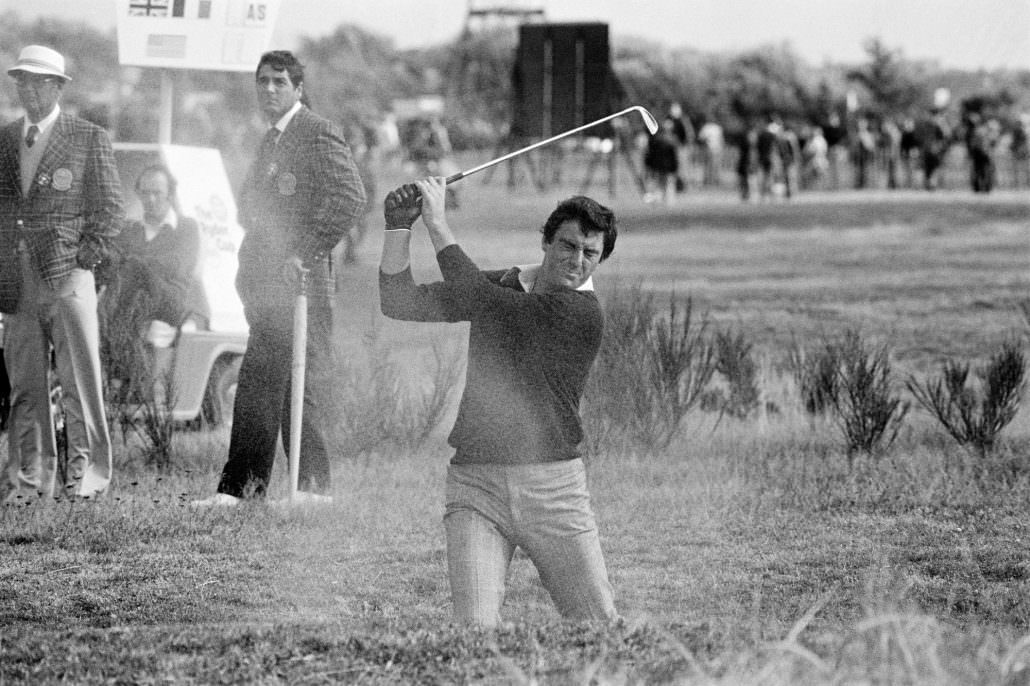 “Personally, there was no resentment,” he explains, “but I did hear a bit at the time.

“We had to move forward – and Europe had to become involved. With the Americans being great and Britain losing, by ‘81 the Ryder Cup would have ceased to exist.”

He adds: “My only thought at the time was we needed to rename it. It couldn’t be the Ryder Cup as such, because Sam Ryder didn’t think about Europe. But in hindsight, I was wrong.”

Born in Doncaster in 1950, Dawson says be fell into a golf career “by chance”. Having had a stellar amateur career, including representing England as a teenager, 20-year-old Dawson boarded a boat to South Africa with ambitions of a life in the burgeoning plastics industry.

“We docked in Cape Town and I stayed there for a week – I was youthful and stupid – so when I got to Johannesburg I had the shock of my life. They told me they’d given my job to someone else. So I’m in South Africa with no job.

“I made a couple of phone calls and I managed to get a job as the third assistant at Houghton Golf and Country Club. That’s how my golf career started.

“I did my three years there and I came home when I was 23 and went back to Filey where I spent my formative years and I was practising and helping out in the shop, then in ‘74 I joined the European Tour.”

Dawson didn’t have to wait long for his first and what turned out to be his only win, when he triumphed at the Double Diamond Individual Championship at Turnberry.

“I was just lucky,” he says, modestly. “Hard work and perseverance.”

Two months prior to his Ryder Cup debut, Dawson was back at Turnberry for a fourth appearance in the Open Championship.

“On the Sunday evening, I’m with my wife in the hotel and I got the draw sheets. I said, ‘Oh bloody hell!’ I was playing with the favourite. The biggest draw. The biggest name in world golf at the time.”

Dawson had been paired alongside Tom Watson, the Open champion from two years before and the newly-crowned Masters champion.

“How did I react? With panic!” he says with a chuckle.

That Sunday, Watson, of course, would go on to partake in the famous Duel in the Sun, eventually triumphing over Jack Nicklaus in one of the most famous Open finishes to date.

“You’re just this small fella from Yorkshire and you’re playing with the Masters champion,” he reflects. “He’s the big draw and the stands are solid and the fairway has thousands of people lining it. Suddenly you feel very nervous!

“But Tom would shake your hand and put you at ease straight away. You walk down off the tee and within 50 yards he was talking with you.

“It was two days of playing under extreme pressure – I was trying to make the cut and make some money, and he was playing as the Masters champion and the favourite to win the tournament – but it was a wonderful experience to play with somebody like Tom Watson, who is just a gentleman.” 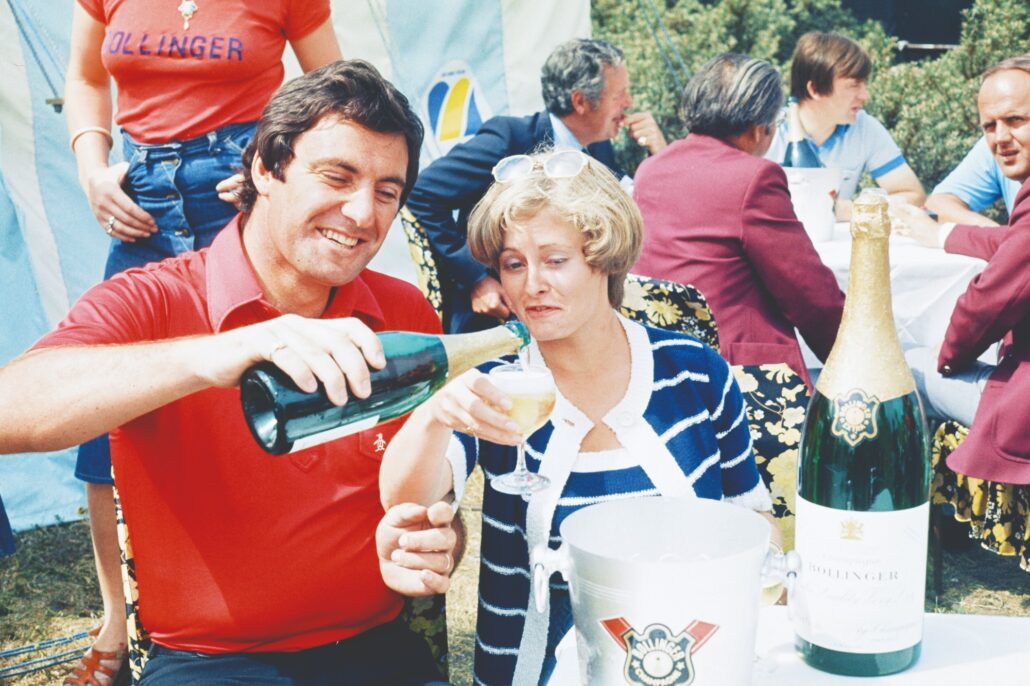 Rounding off his spectacular summer of ‘77, Dawson had the pleasure of Faldo’s company at the World Cup at Wack Wack Golf Club in the Philippines.

Faldo was barely out of his teens and had recorded just one of his 43 wins.

“You could see there was a bit of stardust about him,” Dawson remembers. “But he worked damn hard. He was working eight hours a day and he devoted himself totally to golf. You thought, ‘Yes, this guy is going to make it.’

“As it is he went on to be the best British golfer of all time.”

But in terms of playing ability, it was Ballesteros and Lee Trevino who would leave Dawson looking on in amazement.

“Lee was another gentleman. He talked and talked and talked, but as soon as the club came out of your bag he would shut up. He gained your respect and he never spoke when you were preparing.

“Then he would be chatting away to the spectators, to his playing partners, while still addressing the ball up to a split second before he starts taking the clubhead back!

“I had a great fortune to play with these people through those days on the Tour. They were magicians.

“And that was the Golden Age that made the European Tour what it is today. Without people like Tony Jacklin dragging golf into the modern day, the money wouldn’t be there.

“I tend to think the players of today should thank those fellas for getting the European Tour going.”

Listen to more from Peter Dawson on the NCG Podcast

Peter Dawson was speaking to me on the NCG Podcast. Listen to the full episode, where Peter discusses his career in more detail as well as his book, ‘Now for the Back Nine’, in the player below or on your preferred podcast platform.