Who's going to come out on top in Madrid? Oddschecker's Tom Jacobs has picked three players he expects to put on a performance at Club de Campo Villa

After Ryan Fox’s heroics at the Home of Golf, we cross the ocean to the Spanish capital for this year’s Open de Espana. It’s set to be a star-studded field at Club de Campo Villa de Madrid, which will see the likes of Jon Rahm, Rafa Cabrera Bello and Tommy Fleetwood battle it out for glory. Here are three picks for this week’s event that are to good to miss out on…

Course summary: This picturesque, undulating, course is one that we have only seen a handful of times since the turn of the century – and I am so pleased to see it back on European Tour duty. Tree-lined fairways are generous in width but offer challenges through the natural hazards, while tricky multi-tiered greens are designed to torment even the best players. With Jon Rahm arriving as the defending champion and world number one, expect a spectacle in the Spanish sun. 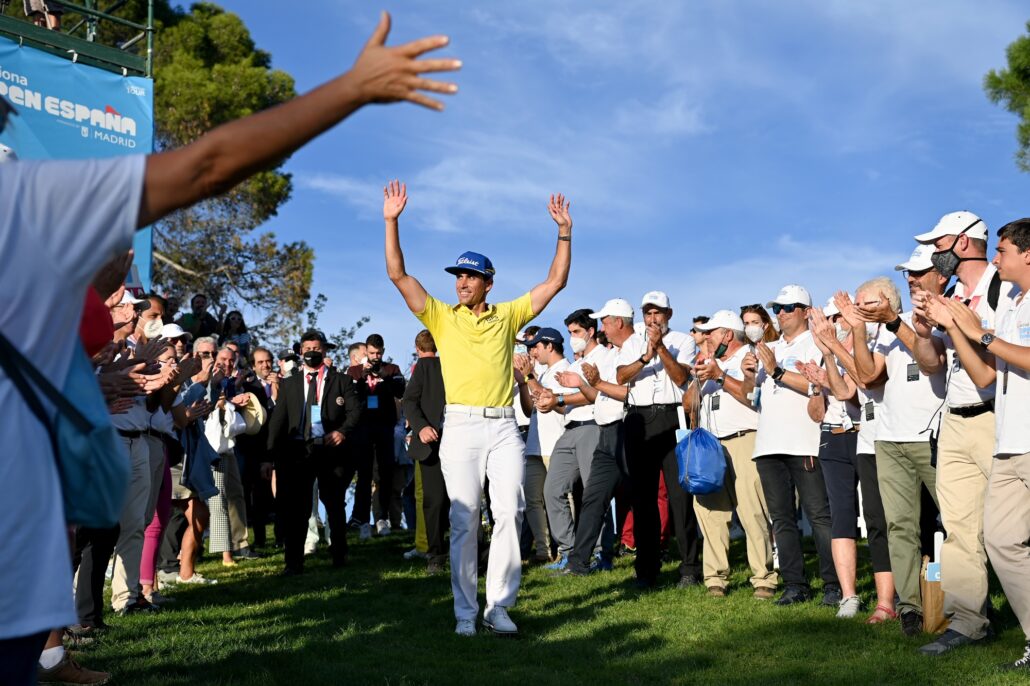 Thriston Lawrence is my favourite bet this week, and it’s the wins he’s already posted on the DP World Tour that give reason for optimism.

Lawrence’s two wins on Tour have come at the shortened Joburg Open and the Omega European Masters, both of which are played at altitude. This course may not be played at the same altitude as courses in South Africa but we have seen Richard Sterne and Charl Schwartzel win two of the past four events held at this course, while Wilco Nienaber was 6th last year and both Justin Harding and Zander Lombard finished in a tie for 7th in 2019.

He is only two weeks removed from ranking inside the top-8 for both SG Approach and SG Tee-to-Green at the Open de France, and I think the South African, who can hit it long, and tidy up around the greens, is a good bet this week.

It is impossible to get away from the fact that JB Hansen has been poor this season, but with signs of life over the past month, when posting two top-15 finishes, it might be time to get back on the talented Dane.

A two-time Challenge Tour winner who almost earned battlefield promotion in 2018, Hansen has promised to be good for a while now, and after winning at this level in both 2020 and 2021 he’s living up to that billing.

Another who plays good golf at altitude, given his Joburg Open and recent top-15 at Crans Sur Sierre, there’s a chance Hansen plays well on a course where he’s finished 4th and 24th in two visits.

He only has one top-10 this season and that was a 5th place finish at the Steyn City Championship, so more form in South Africa, along with 13th and 14th place finishes in his last four starts, makes Hansen an intriguing prospect.

The first four home in 2019 were all Spanish, with Jon Rahm winning in 2019, before Rafa Cabrera Bello beat Adri Arnaus in a playoff last year, so it’s a course and event that is kind to the home contingent.

Adri Arnaus made appeal again, after he won on home soil earlier this year, but at the price I just couldn’t get on board again. Instead, I’ll look further down the market for a longshot who looks capable of lifting his game at home.

A three-time runner-up in his home country and a 17th place finish on this golf course, I think it is worth chancing Alejandro Canizares who ranked 1st in SG Approach and 16th Tee to Green last week.

On top of being Spanish, hitting the ball well and having good experience on this golf course, Canizares also posted his first top-10 of the season at Crans, where he finished 7th. That added to 4th and 9th place finishes there in the past, and that form line with a big 3rd place finish in the past in South Africa, suggests to me this could be a course he could find himself in or around the top-5 again.