A sub-60 round is a rare but wonderful treat, as Yorkshire pro Nick Marsh found out at the Quinta Do Lago Pro-Am

When Nick Marsh made the turn in 31 on the Laranjal course at Quinta do Lago in Portugal, he will have felt like he was on for a good score.

The next two hours were beyond anything he could have possibly imagined.

The Yorkshire pro, who plays out of Fixby, came home in a frankly absurd 28 to hit that magic number of 59, a run that featured eight threes – including two eagles – and a four.

Let’s just take a moment to appreciate the scorecard… 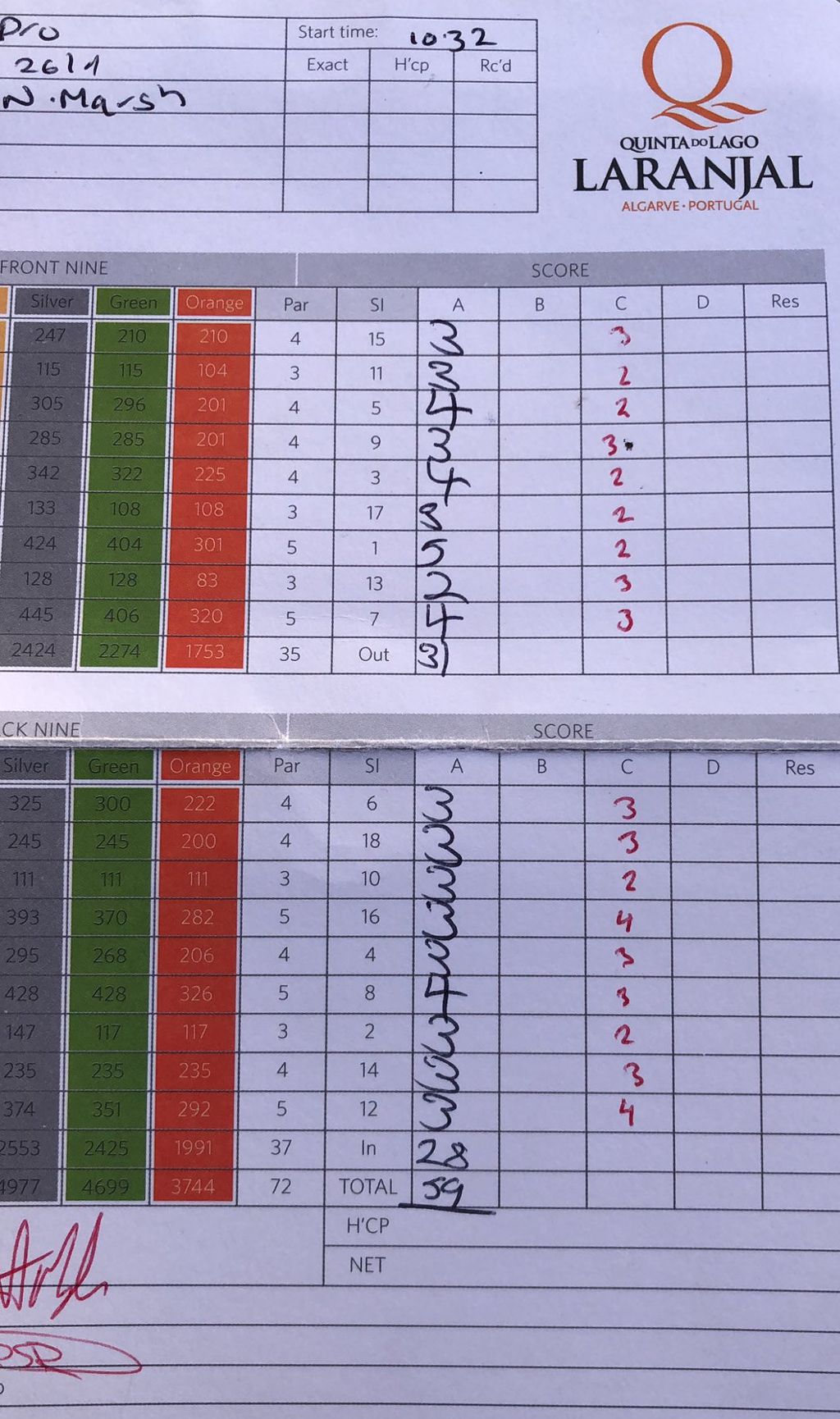 Nick’s stunning Saturday at the Churchill Specialist Contracting Quinta Do Lago Pro-Am, run by Golfing Days, was sandwiched by rounds of 72 over the Vale Do Lobo course and 69 on Quinta North, and his 124 Stableford points were enough for a runner-up finish behind Cavendish’s George Bloor and £1,500 in prize money, while his team finished fourth. 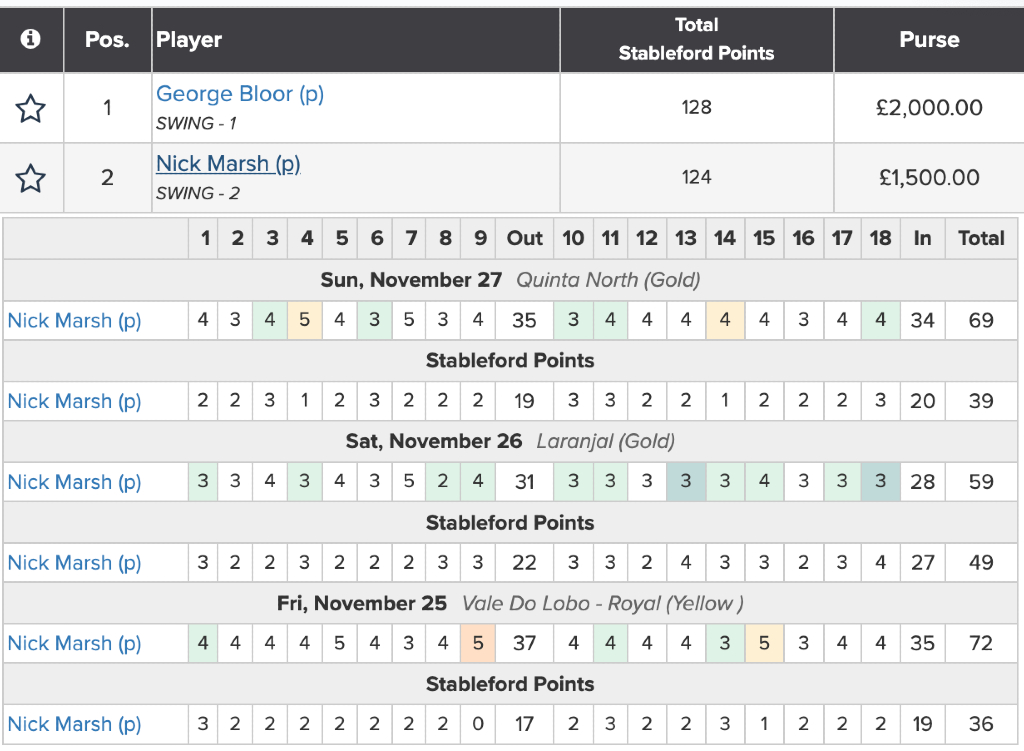 “I felt so calm all day,” the 28-year-old tells NCG. “I birdied the par-3 8th and the long par-5 9th to finish the front nine at 4-under par and then just carried the momentum.

“I made my par on 16, then had a lob wedge in on 17 and holed a 10-footer for birdie. At this point I’m feeling very nervous because I know an eagle down 18 means hitting that magic number!

“I hit an awesome drive over the water and only had 130-yards into a semi island green. There was no wind so I hit an easy pitching wedge and left myself 20 feet.

“Walking up to the green I was double checking with my playing partner, Dylan, if it was indeed for a 59.

“Honestly, I couldn’t have had an easier putt for it – dead straight and slightly uphill – so I went through my normal routine, stepped up, and smashed it at the back of the cup. It jumped up in the air and fell into the hole.”

So how did Nick celebrate?

“There were fist bumps and hugs all round on the 18th, but nothing too wild. We went for a nice steak dinner in the evening.

“It’s an amazing feeling – a lifelong dream come true. and to do it in a competition environment is unbelievable.

“I know the course wasn’t playing the longest and I was able to hit driver-wedge into the green, but you’ve still got to get the ball in the hole in 59 shots and I managed to do it.”

A few players have shot 59 on the various professional golf tours around the world, including 11 on the PGA Tour – as well as a 58! What are you waiting for? Come on over and read all about it.