Angry Club Golfer: New to golf? Learn the etiquette or go back to playing football

If this is what increased participation really looks like then some of these ‘new players’ can sod off back to football and cricket.

You see them all over the shop on a comp day – the modern member that’s stumbled across golf in the pandemic. Young, kitted up to the nines in all the latest gear and, yes you’ve guessed it, with no idea.

Let me make a couple of things clear before Facebook has an aneurysm. I’m not against youth. I had fewer grey hairs once although, as my child continually reminds me, “that was a long time ago, daddy”.

I don’t care what anyone wears on the golf course. I find foursomes of Bryson-capped hoodie-wearers quite fun. They move like synchronised swimmers.

And the more the merrier as far as members are concerned. I like a bustling course and a busy bar. As long as I can still get a drink, and a tee time.

But, and I’ve been around the block on the club scene long enough now to know when I see change afoot, the mass influx of players swept by Covid from the crease to the course has exacerbated some disturbing etiquette breaches.

Maybe we were just too happy to take their money and send them straight out there. Maybe a decade of arguing with referees and tripping over at the slightest touch has left them unable to avoid being given an inch and taking a mile.

I could go on all day. Here, though, are a quartet of moans you’ll recognise but have definitely got worse since humanity decided to swoop down on golf all at once…

The ‘fore’ shout that isn’t

We’d been on edge since, stood on a nearby tee, a shot to the green came at us at an angle that would have had Pythagoras struggling.

The ball rattled around our bags but there was little consternation among our group at impact time. Who among us hasn’t hit a bad one? People in glass houses and so on.

Over the next few holes, though, it felt like we were being shelled.

The boys were having a bad day and I wasn’t far from sounding an air raid siren when they prepared to hit.

What got my goat was the apparent indifference to alerting us to a potential stray shot, or when it was too late to get out of the way. As a ball landed within a couple of yards of my torso, I looked back at the perpetrator – giving him my most fierce stare.

He caught me completely off guard by yelping. It’s no good now. He’s probably one of those giving Bryson both barrels on social media too. Practice what you preach.

Check the maintenance shed after a busy weekend’s action and you can probably find your course manager weeping in a corner.

Let’s not pretend pitchmarks haven’t always been a problem but it’s on a new scale with all these extra rounds. 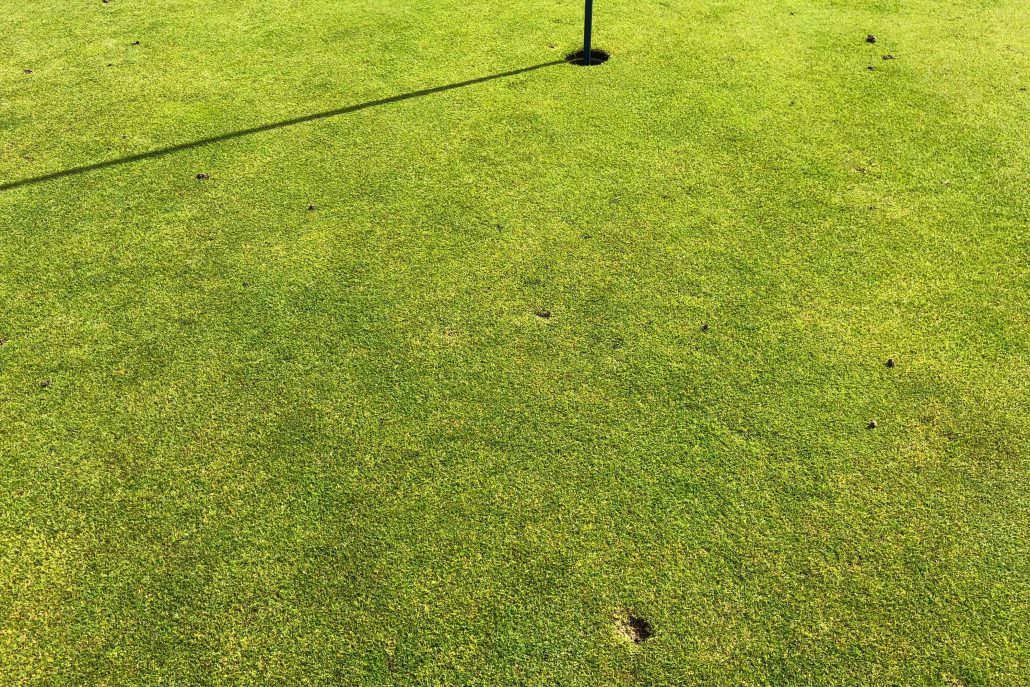 A Saturday afternoon tee time can be a mission in finding the least cratered path. The green looks like the moon.

I try and repair what I can, and I’m sure you do too, but there are SO MANY. I want to come up with a clever line but I can’t. It’s just dispiriting. And if I feel like that, how are the greenkeepers taking it?

Yes, I forget, you’ve never had to use one before. And my god it shows. But covid rules have been rescinded. That forked shaped thing sitting near the bunker? It’s not decorative. You’re supposed to clean up after yourselves once you’ve hit out of the sand. Some players, though, seem to think the greenkeepers are their own personal butlers. Don’t ruin your flow with manual labour. They’ll pop along afterwards and rake up the mess.

And they will. In time. Though they shouldn’t have to. In the ensuing, my ball’s going to land in the footprints you’ve left.

Don’t give me this ‘playing golf as intended rubbish’. I’m one of 170 in this comp. How about we make conditions the same for everyone?

Adjusting to golf’s somewhat tranquil pace must be a shock to the system for those used to flying down touchlines. Perhaps that’s why this particular group chose to try and break the world record for the fastest round.

It was a blur of balls, Ready Golf on speed, and particularly hilarious around the green as one putt was barely sent holewards before another was on its way.

What was less funny was we were then being pressed on a course choc full of groups. I know a whole matchday experience is over in shorter than a round of golf, and I’m up for anything that can get us into the bar a little quicker.

But 18 holes is going to take some time and, if that’s too much for you, it’s probably time to return to the terraces.

Has the Angry Club Golfer hit the target, or is he hopelessly wide of the mark? Let him know how you feel in the comments below, or tweet him.