For my first three decades I lived in the north west and played Royal Birkdale’s magnificent course a number of times. I always promised myself that when I retired, it would be to Birkdale. However, in 1971, I entered a tournament at Hillside and immediately changed the object of my affections.

As life turned out, 50 years went by without my returning to Hillside – although Birkdale has been an occasional revisit. I moved around the country and, without regret, I (semi) retired instead to the Ayrshire coast to enjoy my links golf in a better microclimate.

However, when this year’s NCG Top 100s assessments came round, I thought it would be fun to see if I still rated Hillside as highly as I did half a century ago. When I told chairman of the panel, Dan Murphy, about the 50-year gap, he said: “That must be a blog.” So here goes… 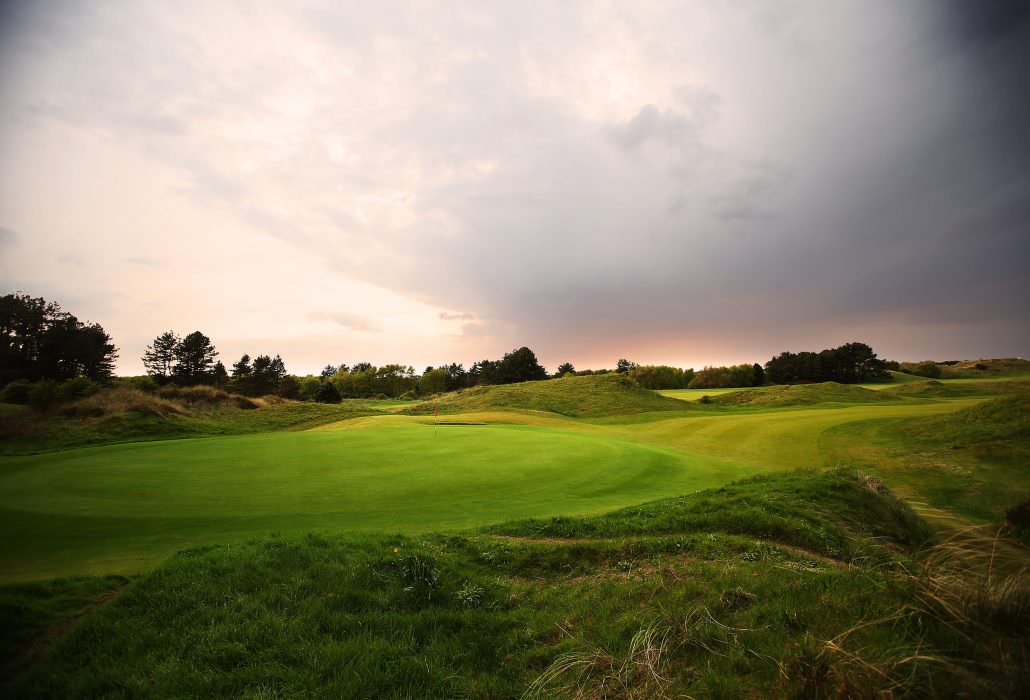 Well, for starters, I have, sadly. I was never long – just long enough – but now, in my ninth decade, Rory McIlroy’s 9-iron is my 3-wood. I can play most rounds under my age, mainly due to transformed putting largely thanks to the R&A’s inspired decision to allow the flagstick to be retained, but, playing so short, I’m certainly not challenging any course as I used to.

Also, after three heart attacks, I can still walk my flat and shortish links home course, but there is no way I can cope with a “big” course without a buggy. For most of my golfing life, I have regarded them as the instrument of the devil with no place in this “walking” game. But needs must.

So here I was on the day, relaxed in my carriage, under a cloudless sky, sniffing the sea air, and thankfully playing relaxed golf over the first three attractive, and attractively flat, holes.

This was in welcome contrast to the golf I had played in the preceding two days at Prestbury and Little Aston, to a standard best described by the technical term of “garbage”.

And it was to get better. On the splendid par-3 4th bounded by the extensive sandy waste down the right – which Martin Ebert, transformer of Turnberry and Portrush, had introduced – my 3-wood tee shot finished 12 feet from the hole and my birdie putt just lipped out. 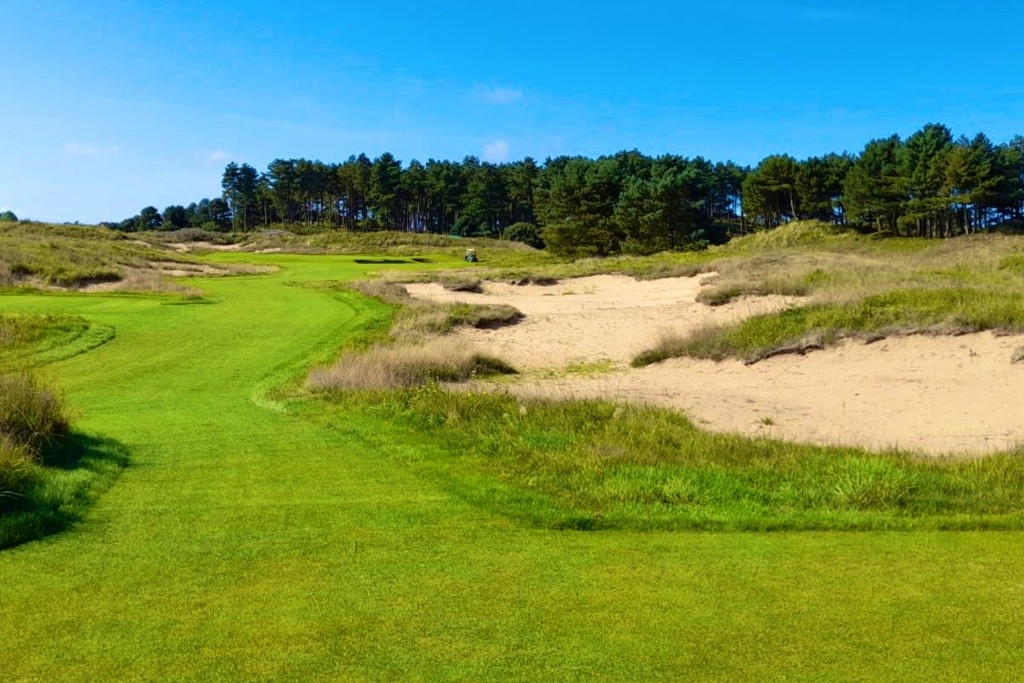 I continued to enjoy the predominately flat, but always challenging, front nine, remembering just how good this championship course is.

However, if the first half is very good, the back nine, where the high sandhills now come into play, provides a contrasting second half of spectacular brilliance.

Greg Norman, who knows a thing or two about golf course design, has written that the back nine is the best in the UK, and I have no argument with that.  A delightful par 3, the 10th takes you up the hill to a walk through the pines, which then suddenly opens up to a hilltop 11th tee with panoramic views across the course to Birkdale and the 3,000 miles of ocean beyond, and also the immediate challenge of the magnificent dogleg signature hole far below.

Thereon, the rollercoaster ride satisfies all the senses, with incredible views from the tees atop of the amazing dunes on 14th, 17th and 18th.

Jack Nicklaus once told me that whenever he had the chance to design for a hilly property, he would try to incorporate as many elevated tees as possible as there are few more satisfying shots in golf than a boomer from on high. And he’s not wrong there – I had one on the long 17th to set up a satisfying par five.

With the adrenalin flowing, I managed an even longer drive on the 18th, finishing just behind the bunker and dune which form the hinge of the dogleg. My medium iron to the green was thus blind, but I hit a beauty, expecting to find it on the dance floor, only for the ball to remain unfound.

I didn’t check whether it was in the hole, but no matter, I had had played on one of the UK’s premier courses – Hillside was 17th in NCG’s first rundown of England’s Top 100 and it will hopefully be even higher in this year’s update – and I had confirmed a long-held belief that, for sheer enjoyment, Hillside would be my course of choice.

Visit the NCG Top 100s homepage for all this and much, much more.